Lee Tobin McClain here, talking about the fun of writerly research and the daunting realization that a bona fide historical period doesn’t seem all that historical to me.

I recently found myself in the position to research the 1980s, because I needed to set a story there. In my Sacred Bond series, the prequel novella, A Christmas Bond, takes place during the year 2000. 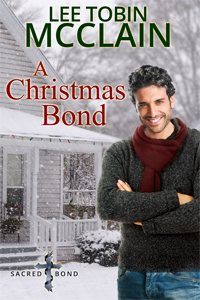 That’s when John Moretti has an eventful Christmas with four delinquent boys in his care, and the Sacred Bond brotherhood is born. I’d already carried that series into the present day, when the boys grow up to be heroes. But John had made a throwaway remark in A Christmas Bond that I kept wanting to explore.

It had been in just such a car that he’d made the biggest mistake of his life, one he was still paying for. And still nursing that same old flame.

What mistake would have haunted him all those years? And why was Miss Clara’s old car bringing the memories back to him? As I thought about John, one of my favorite heroes, I wanted to know what he’d been like as a younger, wilder man. I knew he was a veteran, but what war had he fought in? What had led him to create a school for delinquent boys? And why was he still insecure about his ability to attract a wonderful woman and make her happy? Those questions led me back into the past, into the 1980s.

As I wrote the short story, Before the Bond, I had to do a little research into the 1980s. Some of the things I looked up: How did a 1980s plumber fix a kitchen sink? What kind of clothes did college girls wear in the mid 80s? What military involvement did the US have during those days? Were there pregnancy tests, and what were they like? 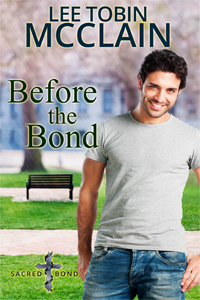 rtured those characters in Before the Bond . . . partly because I knew I would bring them back later, so everyone would have the chance for a happy ending. I’ll tell you a secret: I have a crush on my hero John Moretti! He’s actually just my age, and it’s so much fun to be able to follow him through his whole life, starting in his 20s and proceeding into his 40s, his 50s, and maybe beyond.

If you’d like to meet that younger, wilder John Moretti, all you have to do is sign up for my newsletter by clicking on the book cover to the left. You’ll get the link to download a free copy of Before the Bond, and you can see for yourself whether I got the 80s right. Big hair, anyone?