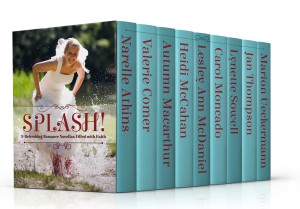 I’ve been blessed to call three beautiful and special parts of the United States home, although I’ve been a Texan for 23 years now.

From ages two until almost 16, I lived on the Eastern Shore of Maryland, part of a little slice of land called the Delmarva peninsula. At the time, I didn’t realize how wonderful it was to live so close to the beach. About 30 minutes northeast lies Ocean City, with its boardwalk and beachside attractions to include a historic amusement park. About 25 minutes southeast lies Chincoteague, Virginia, with nearby Assateague Island, which is where my family went to the beach most of the time.

We spent plenty of time wiggling our toes in the sand, fishing on the bay and the ocean, crabbing and clamming.

There’s a certain air of romance about the ocean, and our favorite beach in Virginia was no different. The area was made famous by a book, eventually turned into a movie, Misty of Chincoteague.

After more than 20 books, at last I’ve written a contemporary romance novella set on the Virginia shore, called Time and Tide. It has some ponies and the beach, of course, and Pine Breezes, campground in need of some TLC.

My heroine, Karyn, thought she’d left the Shore behind her after a tragic auto accident the summer after high school graduation years ago. Karyn went on to college and have a budding journalism career, while her parents moved on to the western part of Maryland near Washington, D.C.

But she ends up on the Shore when her job prospects go south, and she gets to spend the summer at her favorite place 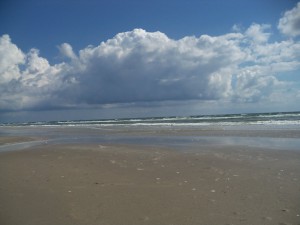 She only thinks she’ll be working at Pine Breezes until she can get a job in New York again. Brodie doesn’t expect his young daughter to take a liking to Karyn and share her dream of owning one very special pony.

He’s learned we don’t always get what we want in life, and sometimes God has other plans that turn out far better than the others we dreamed of for ourselves.

Time and Tide is part of a nine-novella collection in Splash! 9 Refreshing Romances Filled With Faith.

Get your passports out. Splash! will take readers to not just the coast of Virginia and Alaska, but coastal locations around the world to include Scotland, Zambia, Australia, Canada.

The set releases on June 23 but it’s available now for preorder here. I hope you’ll check it out.

Question for you: Summer is here – what’s your favorite body of water to visit? Since I’m landlocked in Texas, I have to travel at least four hours to get to the coast, but it’s worth it when I can go. I particularly love Port Aransas. In many ways, it reminds me of Chincoteague.