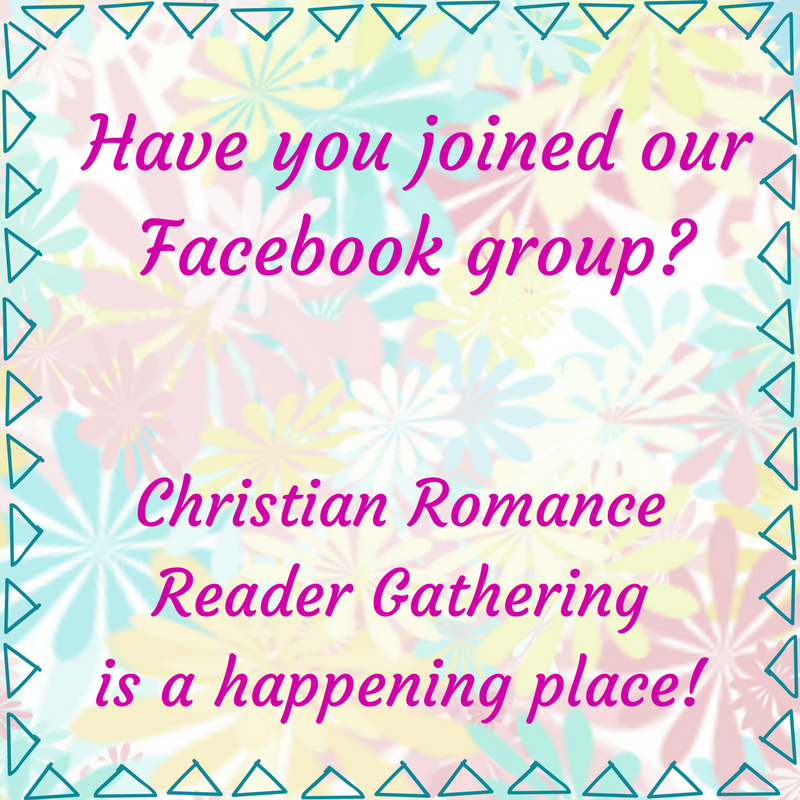 The four of us on the InspyRomance admin team have a group Facebook chat. Usually we use it to communicate housekeeping items and remind one another of the various chores we need to do to keep everything running smoothly around her. But there’s also a lot of laughter, and hashtags. We are the queens of hashtags.

Anyway, one day not too long ago (that sounds like the start of a fairy tale, doesn’t it?) I popped open our chat to grumble about another post I’d run across that was trashing romance and romance readers, and I think I asked something along the lines of, “Why isn’t there a reader group that’s just for romance readers? Cause I love romance and think it deserves a place to be celebrated all the time without all the naysayers out there.” And one thing led to another and before long, we’d come to the conclusion that we needed such a place and that since there wasn’t one out there, we might as well make our own!

Then we spent an excessively long time brainstorming names. Because, y’all, naming a Facebook group should be easier than it is.

Ultimately, we went for simple and straightforward. What is the group? It’s a place for Christian romance readers to gather. And thus, the group Christian Romance Reader Gathering was formed, and you know what? We’d love you to join us.

The group is still growing (we’re two weeks in and going strong!) and finding its feet. Right now we have 1-2 discussion type posts a day. There’s no promo allowed, so it’s not a place where you’re going to get fwapped with meme after meme by authors, either. (I should caveat the promo bit — we do occasionally mention an InspyRomance author’s sale or new release. Because it’s an InspyRomance spin off group, so we figured that was fair.) And starting toward the end of this month, we’re going to have InspyRomance authors taking over the group for roughly half a day with fun posts, games, and prizes. These takeovers will happen twice a month and I think will be fun extra chances at interaction for group members.

So, if you’re on Facebook, we’d love to have you join us! Just pop on over and click join. (We do ask 3 quick questions to all our members – they’re easy, I promise! – but you won’t get added until they’ve been answered.)

In the meantime, I’d love to get some suggestions of things you’d like to see us discuss in the reader group! Hit me up in the comments!