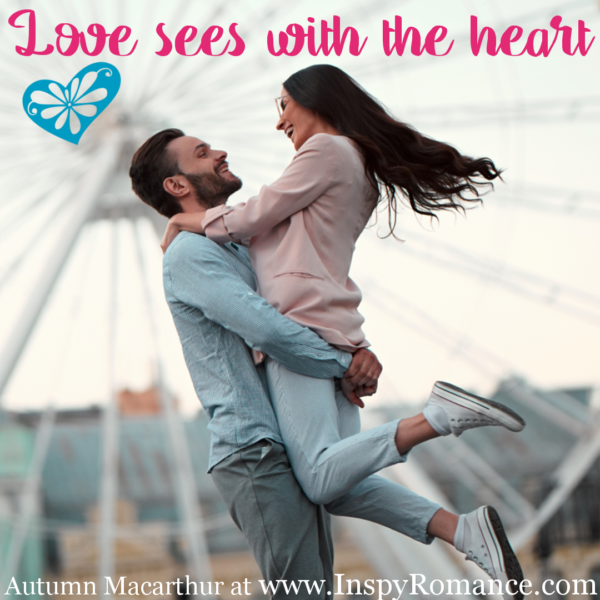 In reader groups, I’ve seen many readers complain that there are very few romances with less-than-model-perfect heroes and heroines. I’ve written a romance with a plus-sized heroine (Teapots & Tiaras), a highly unconventional heroine with a stuffy upper-class hero (Least Expected), an eighty-something heroine (Innamorata), and a couple of stories where the heroine needs a makeover before she can see herself as attractive (Believe in Me and Invitation to the Ball). So for a while now, I’ve wanted to write a story where both the hero and heroine aren’t conventionally good looking, and they don’t have a makeover!

The Chapel Cove tri-author series with our heroines facing forty gave me the ideal opportunity. In my first book for the series, Cherish Me, the heroine Nai is plain, and the hero Mateo is scarred. Nai is so convinced of her plainness she’s given up on any idea of romantic love, and totally focused on her career. Love helps them to see the beauty in each other that most people can’t.

It’s such a blessing that God sees us that way too, with eyes of love. I didn’t have this verse in mind, but I realized last week what a good fit it is for the story. 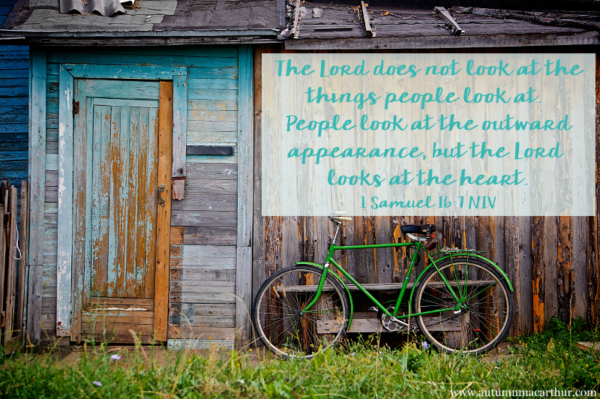 God has sent Samuel off to Bethlehem to anoint the man God has chosen as the new king of Israel. All he knows is that the right man is one of Jesse’s sons. Jesse brings his sons out and parades them in front of Samuel. As soon as he sees Jesse’s oldest son, Samuel is convinced this tall, handsome man is “the one”!

But God told Samuel, “Looks aren’t everything. Don’t be impressed with his looks and stature. I’ve already eliminated him. God judges persons differently than humans do. Men and women look at the face; God looks into the heart.” 1 Samuel 16:7 (MSG)

Jesse brings out son after son, and each one is eliminated. Finally, God tells Samuel the one is the son his father refers to as “the runt” in The Message, considered so lowly he wasn’t even brought in to be considered, but left out looking after the sheep.

I love how God chose the son considered the least to be not only king of Israel, but an ancestor of Jesus, the Eternal King! And I loved how in Cherish Me, neither Nai or Mateo could see their worth or see themselves how the other saw them, but came to see their value in God’s eyes, and eventually, in each others’ eyes.

The first three Chapel Cove Romances gave Marion, Alexa, and I a challenge to write. A big challenge, but in a good way. All three stories overlap in time, as the three friends reunite in their small home town just before their fortieth birthdays. Marion, Alexa, and I needed to work closely together to keep the characters consistent, nothing in one book contradicting another, and the timelines matching. I’m hopeful we’ve succeeded, as many readers have commented on the consistency between books. Phew!

Thankfully, the rest of the books in the series will happen in sequence, not all at once, as we hope to release far-more-loosely-linked new stories at 2-3 monthly intervals. Chapel Cove is a lovely place to visit, and we all want to spend longer with the town and its people. I’m so excited that I get to write a Christmas story for the series. :)

Only catch is there are a few more books between now and getting to start writing it!

In the meantime, readers can get the first three stories for just 99c each, or read them in Kindle Unlimited. 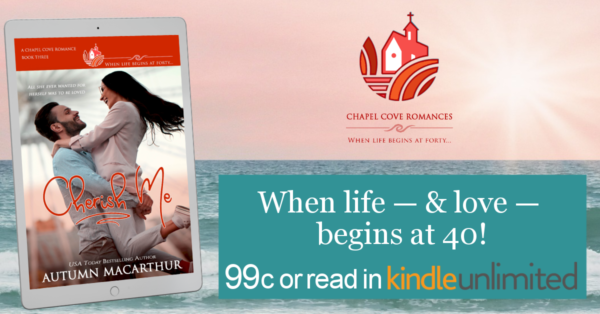 What’s a book you’ve loved with a less-conventionally-beautiful hero or heroine? One comment made on this post by 30th May will be randomly selected to win a paperback copy of Cherish Me!