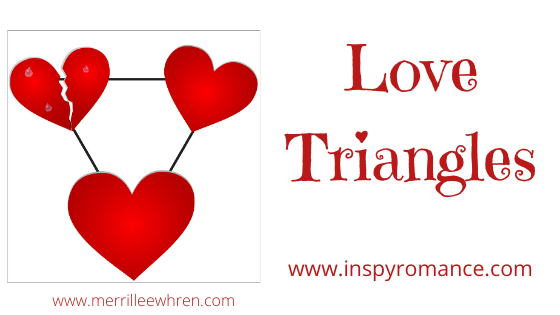 Tropes are a big part of romance novels and romantic movies. One trope is the the love triangle. I enjoy watching the romance movies on Hallmark, and often there is a love triangle in the story. Right from the beginning you know which one the hero or heroine will choose. Most of the stories have a heroine with a boyfriend or fiancé, and then she meets an old flame or a new man that captures her interest, although in the beginning she denies that interest. Occasionally, there is a hero who has to choose. One of my favorite Hallmark movies is Love on the Sidelines. In this story the hero has a girlfriend when he hires the heroine to be his personal assistant. He eventually realizes the girlfriend is all wrong for him as he admits his interest in his lovely assistant. This one kind of has a two-way triangle because he thinks his assistant is dating his buddy.

These heroines or heroes have to do some soul searching to find “the one” for them. Here are some questions they have to ask themselves as they make this decision.

2. Which personality meshes with mine the best?

3. Am I being honest with myself about my feelings?

4. Am I making the right decision for me?

5. How will my decision affect family and friends?

In answering these questions the heroine of hero may have to talk it over with a friend or take time to be alone to make that choice. Then there is that “aha” moment where the hero or heroine finally realizes which is the better choice.

I haven’t written any truly love triangle stories. The closest I’ve come is in my marriage-of-convenience book, A Baby to Call Ours, in which the hero’s former girlfriend moves back to town. 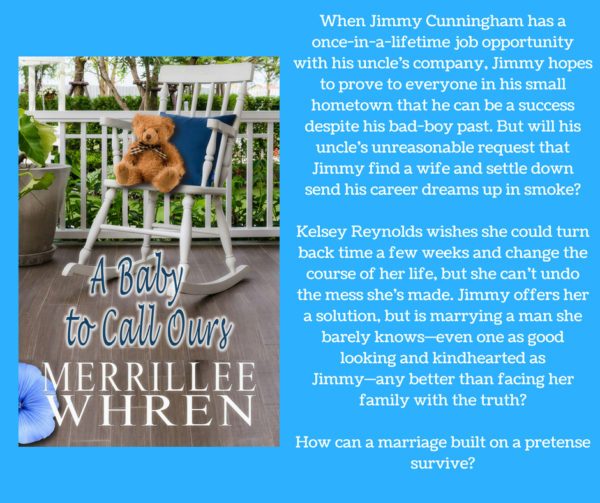 When I was in college, I dated two guys at the same time. A friend of a friend set me up with a blind date with a guy from out of town, and then a week later another friend introduced me to a guy from town. I dated them on alternate weekends until they both wanted to go out on the same weekend. I had a decision to make. I eventually chose the blind-date guy, but in the end I wound up with neither of them. Although I hadn’t agreed to an exclusive relationship with either of these guys, it still felt awkward to be dating them both. Have you ever been part of a love triangle? How did it work out? What do you think about love triangles in books or movies?

I’ll be giving away an ebook copy of A Baby to Call Ours to one person who leaves a comment. I will choose the winner on February 29, 2020, leap day, at 9 PM MST.