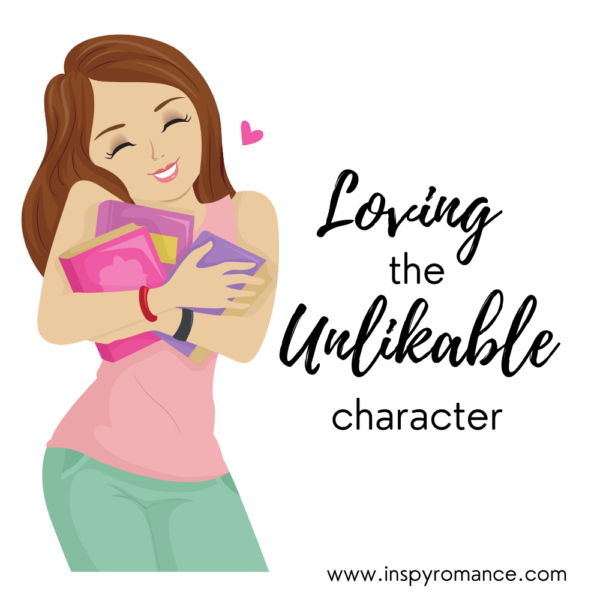 A few years back, there was a certain novel people couldn’t stop talking about (I won’t name the book, but it was secular, not Christian and not romance). The reviews were fantastic and everyone seemed to love it—so I decided to give it a read.

I have never been so disappointed in a book in my life. Don’t get me wrong. It was well-written. There were plot twists (oh, the plot twists!). The setting was intriguing.

BUT, I didn’t like the characters. Well, that’s an understatement. The truth is, I couldn’t stand the characters—or understand them. Not at the beginning of the book, not in the middle, and not at the end. I couldn’t see a single redeeming quality in any of them. And they didn’t grow or change or become more likable as the book went on (if anything, I liked them less the more I got to know them). Ultimately, I found myself wishing I hadn’t wasted so many hours of my life with them.

Fast forward a few years, and I received this review from Britt Reads Fiction for my book Not Until Now: “This book had my emotions all over the place! When the story started out, Cam was really a piece of work. It is hard for me to think of a main character that I have liked less than him at the beginning of a book.”

Believe it or not, I cheered when I read that! Because I realized she really got Cam. My goal was to write a character who was unlikable “at the beginning of the book.”

I think that phrase is key. Because I didn’t want to write a character who I still wouldn’t like at the end of the book. And I didn’t want readers to walk away feeling like they had wasted their time with him. I wanted them to see why he was the way he was at the beginning of the book, but also that he could change and grow and become the man God had created him to be. As the review continues: “A man began to emerge who … had a whole different set of priorities for his life than the shallow ones he started out with.”

Yes! I love to see that change in a character, especially when it’s so dramatic. Maybe that’s why even though Cam starts out unlikable, he’s one of my favorite characters!

It turns out that Cam isn’t the only unlikable character in Christian romance! Here are some other unlikable heroes and heroines from Inspy Romance books—and why you might just find yourself loving them!

Forever Family by Deb Kastner
Unlikable character: Slade McKenna
What makes him unlikable: Slade was a true alpha cowboy who decided FOR the pregnant heroine Laney that he needed to protect her and her baby.
Why you should give him a chance: He really cared. He just didn’t know how to show it and usually appeared overbearing.

Nicole by Sarah Monzon
Unlikable character: Nicole
What makes her unlikable: She’s…a bit much. Everything is a cause for her (save the planet, feed the hungry, etc.), and she doesn’t know how to relax, have fun, or let anyone around her do that without making them feel guilty about the burger they’re eating or the gas-guzzling truck they’re driving.
Why you should give her a chance: Her heart is genuine and she truly loves people and wants to help. It just doesn’t always come across that way.

Hometown Cowboy by Merrillee Whren
Unlikable character: Wyatt
What makes him unlikable: He’s surly and unkind to the nurses and aides in the nursing home.
Why you should give him a chance: He realizes he has made too many mistakes. There’s a lot to like about him by the end of the book.

An Informal Christmas by Heather Gray
Unlikable character: Rylie Durham
What makes her unlikable: Rylie is rude to the hero, Zach, who’s come to the hospital to donate toys to the Child Life department so kids in the hospital can get them. She comes across as cold, selfish, and…just generally not nice.
Why you should give her a chance: Rylie is a Child Life Specialist who works in the pediatric hematology and oncology ward. She’s had a few too many losses recently, and she’s also been dealing with families where mom and dad are falling apart and turning on each other in their worry over their ill child. Her job is hard, and it’s draining, and she’s been carrying it all on her own, forgetting to rely on God’s strength to get her through. She’ll see the error of her ways, don’t worry.

Kiss Me Like You Mean It, Cowboy by Valerie Comer
Unlikable character: Blake Cavanagh
What makes him unlikable: He’s been dating three women at once, and sees no need to settle down or grow up.
Why you should give him a chance: Blake was a lost little boy upon his parents’ divorce, his mom’s rejection, and his dad’s remarriage. Once we begin to see how his attitude is a shield to keep people from getting too close, we begin to cheer for any steps of healing.

Your turn! Do you enjoy reading about characters who start out unlikable but grow and change during the book? Or do you prefer a character who is likable from the first page? Any books you would add to this list?