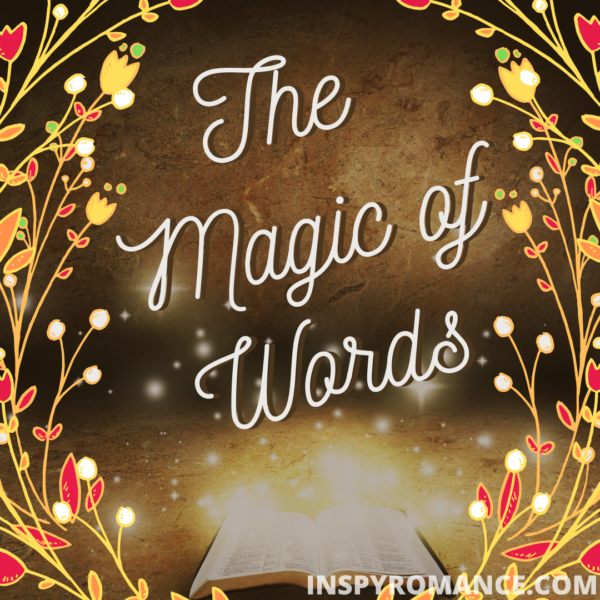 I love interesting words and ordinary words that are used in interesting ways. Words are just plain fun. Admit it. You totally agree with me.

I was part of a conversation recently about the difference between thee and thou. Being the word nerd that I am, I of course checked out the etymology of the words to get to the bottom of things. It turns out they’re both second-person singular pronouns. One is nominative and the other is objective. In today’s English, we use you in place of both thee and thou, so we’ve lost the uniqueness of the words. To compare it to something that makes sense – you would never say, “Me is going to the grocery store,” or “Please don’t feed I anymore chocolate.” Right? Me and I are both first-person singular pronouns, but they’re used differently. Thee and thou are like that – both second-person singular pronouns – but used differently. (In case you really want to know, thou is the nominative and thee is the objective.)

Being the word-loving person that I am, that got me to thinking about some of the ways that words can be used – and some of the ways I’ve used words in the past. I don’t generally recommend my early books to people. For starters, they’re historical, and I’ve been writing contemporary for the last several years. Also…they’re my first books. So…not my best writing. (I’m being super tactful when I say that.)

There’s one description that I use in an early book, though, that I love. To this day, it’s one of my favorite descriptions of a person. The sentence is about a police detective who is approaching a woman to tell her that her husband has been murdered.

The man speaking wore his somber expression as comfortably as he wore his suit – both were threadbare from too much use. 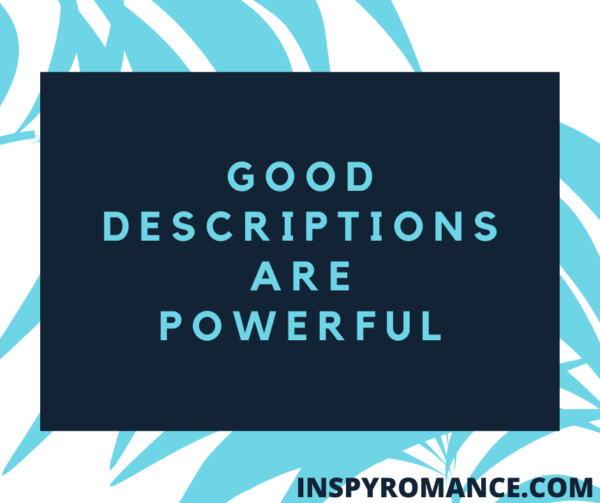 It’s okay if you don’t think that’s the best description you’ve ever heard. It’s not the best one I’ve ever heard either, but I still love it. I can see that detective so clearly whenever I read that one sentence. His image is vivid and strong but also faded and worn – just like him.

Here’s another character introduction that puts a smile on my face. It’s from Skye and introduces the hero of the book.

He angled toward her and held out his right hand. “My name’s Sam Madison, and I work with runaways for a living. In a way.”

Sam. Hm. It suited him. But she would have named him ‘Braxton the Butcher,’ but then, what did she know?

What are some of the things I like about this scene? For starters, it shows us the heroine’s over-the-top imagination and hints at her battle with fear. It also gives us a clear picture of Sam. It might not tell us how tall he is, what he’s wearing, or anything else, but you wouldn’t think of naming someone “Braxton the Butcher” unless they were intimidating and at least a little bit scary. In fact – don’t laugh at me – when I first wrote this novel, I didn’t know Sam’s name yet. He was “SM” through the entire first draft because, to Skye, he was the Scary Man. When it was time to decide on his name, I kept the same initials because… Well, because I could. ^_^ 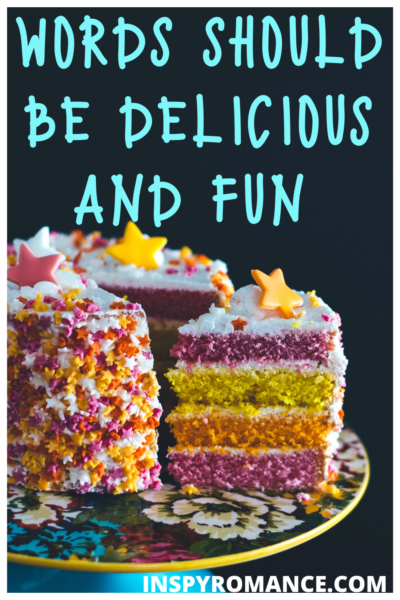 Here’s the last one I’ll share. It makes me chuckle. This is a scene from Olive, the manuscript I’m currently working on. Just so you know, the italics in the scene is the hero texting Olive. He’s in the same room but texting. (I haven’t decided yet if Italics are the way to go with texting in a book. It seems like a lot of people are using bold now instead of italics. I’d love to hear your thoughts if you have an opinion!)

As Olive washed the lunch dishes, Damien remained at the island and, with as much subtly as a rhinoceros drinking tea out of fine china, tried to start a conversation. Tell me about your friends.

Damien might not be using his voice, but (hopefully) his awkwardness comes across loud and clear. I’m a sucker for an awkward interaction.

I hope you enjoyed this stroll down my own little #wordnerd memory lane. I’d love to hear about any great scenes you’ve come across recently that do a great job of capturing the mood of the scene in a fun or inventive way.