SHE’LL BECOME HIS BRIDE … IF IT MEANS SHE CAN FINALLY TAKE HER REVENGE.

Elizabeth Landvick knows of one man to blame for her family’s loss of fortune and her parents’ deaths. Now, she will stop at nothing to take her revenge and recover their wealth. Even travel across the country to marry the man’s son.

With his focus on his sprawling Arizona ranch, Axel Forsberg has little time for wooing a woman, so when his father finds him a bride from the east, he trusts he won’t regret the convenience. Until horses go missing, barns burn to the ground, a range war begins…and he loses his heart. 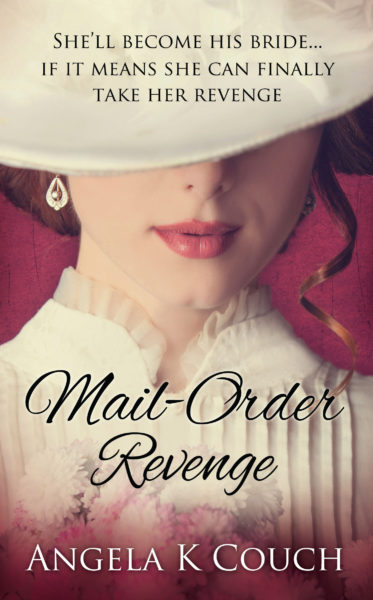 It gives me great pleasure today to introduce readers to an exceptionally talented writer, and one of my critique partners, Angela Couch. For several years now, I’ve had the privilege of being one of the first to read Angela’s WIP novels. I’ve enjoyed every one, so I decided to host Angela on Inspy Romance today to ask her some questions about her writing and recent publications. 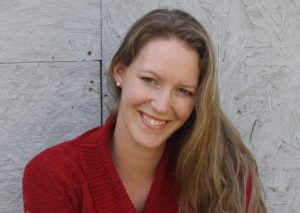 Angela welcome. Please tell us what time period do you write in and what made you choose to write in that period?

I’m afraid I haven’t been able to settle on one particular era. WWII is where my writing began as a teenager, but my publications have a very broad spectrum. More recently, I have had a lot of fun in the American west with Mail-Order Revenge and Her Blue-eyed Brave, a novel releasing next year, and Revolutionary War with my Hearts at War series.

Mostly I just love history and imagining what living at that time would have been like.

Your latest release, Mail Order Revenge is the book we’re showcasing here on Inspy today, and the one I believe you’re giving away an eBook to one lucky reader who leaves a comment.

Where is this story set, and what made you choose the location?

SHE GLANCED SIDEWAYS AT THE BUMBLE BEE SALOON AND SHUDDERED. NOT JUST BECAUSE OF THE PREDICAMENT SHE’D LANDED HERSELF IN, BUT WHO NAMED A TOWN AFTER AN INSECT?

Mail-Order Revenge is set in 1880s Arizona Territory, and features the twig of a town, Bumble Bee. The best part about this location, is that Bumble Bee actually existed, though is now a ghost town. If you have a minute, click here for a glance at what remains. http://www.ghosttowns.com/states/az/bumblebee.html

Thanks for that interesting link, Angela.

What do you think your readers will most enjoy reading about your hero, Axel Forsberg?

I recently asked some readers to describe Axel Forsberg as they saw him and was quite pleased with their replies. So far they like that while “gentle and sweet” when it comes to his new wife, he is neither weak nor soft. Axel, named for my 18 month-old nephew, is a man who works hard and fights for his dreams, but whose mother taught him the importance of a good woman and lasting marriage.

Swoon! What better qualities for a hero.

What do you think your readers will most enjoy reading about your heroine?

After reading the blurb, some readers have been concerned whether they would like her at all, but most find themselves drawn to her emotional struggle and growth. She’s flawed, but aren’t we all? Her growth and journey back to God are what readers seem to relate to.

Mail Order Revenge has a stunning cover. Tell us how that came about. 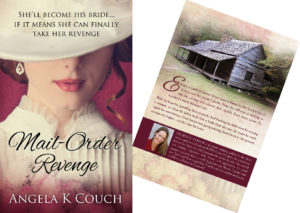 I was so blessed to be introduced to Jessica Sprong, (thank you Marion!) a very talented graphic designer in South Africa. I let her know my idea for the cover and she brought it to life. I immediately fell in love with her work.

How did you find working with an overseas graphic designer?

I admit to loading an international clock a couple times to see how early or late it was in South Africa, but generally, with the miracle of email and the internet in general, she might as well have been in the same city.

Here’s what readers are saying about Mail Order Revenge:

“Amazing story that captivates and intrigues. Enjoying read that I didn’t want to put down and read in one sitting!” Amazon Reviewer

“What a story… She wanted revenge and when an ad for a mail order bride came from the man who ruined her family! She was all in! I love these type stories and this one did not disappoint.. A wonderful story of forgiveness & romance. If you like mail order brides and inspirational historical romance, you will love this one!” Deanna Stevens

So what can we expect next from the talented pen of Angela K. Couch?

I am very excited about Hearts at War, a four book series set during the American Revolutionary War that will be released by Pelican Book Group over the next couple years. The Scarlet Coat is the first book and is now available for preorder! Soon after will follow The Patriot and the Loyalist, The Tory’s Daughter and The Return of the King’s Ranger. 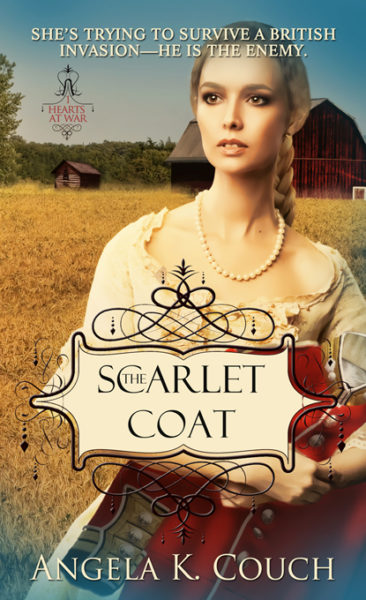 Surrounded by the musket fire of the American Revolution, Rachel Garnet prays for her family to be safe.  When the British invade the Mohawk Valley, and her father and brother don’t return from the battle, she goes in pursuit of them. She finds her brother alive but her father has been killed at the hand of the enemy. Amidst the death, how can she ignore a cry for help…? Rachel reluctantly takes in a badly wounded British officer. But how long can her sense of Christian duty repress her hatred for his scarlet coat?

A Man Lost to the Devastation of War

Passages of Scripture and fleeting images of society are all Andrew Wyndham recalls after he awakens to the log walls of his gentle prison. Even his name eludes him. Rachel Garnet insists he is a captain in the British army. He mourns the loss of his memory, but how can he hope to remember war when his “enemy” is capturing his heart?

A Scarlet Uniform Holds the Power to Unite or Divide

Andrew’s injuries are severe, his memory slow to return, and the secret of his existence too perilous to ignore. As Rachel nurses him back to health, his hidden scarlet coat threatens to expose the deeds of her merciful heart, and Andrew is forced to face a harrowing decision—Stay hidden and risk losing the woman he loves or turn himself in and risk losing his life.

If you want to discover more about Angela and her work, you can connect with her at any of the links below:

Don’t forget to leave a comment for a chance to win an eBook of Mail Order Revenge.