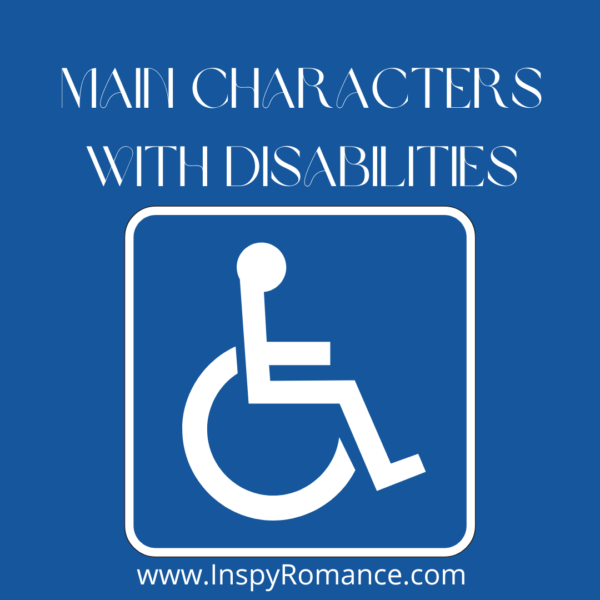 I got a Facebook Message the other day from one of my long-time reader/reviewers. In it, she talked about some of the people in her life with various disabilities and encouraged me to write a story (or two) with main characters who are differently abled.

I let her know that I would think on how to do this, because while I absolutely agree with her points that those who are differently abled are just as valuable and deserving of love, I also know first hand that writers who venture into areas like this often get more than they bargain for.

I have some reasons that I consider valid. Like the week (more than that? I will admit I have worked hard to put it out of my mind) of daily Facebook messages I received lambasting me for having dared to write a Black heroine in A Dash of Daring. I was told I was racist for having even considered writing this character, even though–in my best attempts to make sure I was not erring–I based her (with permission and input) on a friend (who, to be clear, is Black.)

Or the hate-filled messages I’ve received about Malachi, my Deaf hero in Muffins & Moonbeams (also based on a friend, because I wanted to do the character and situation justice).

It’s all left me a little gun shy.

Actually, not a little. A lot.

There’s a big part of me that knows no matter how much I research. No matter how many interviews I do or books I read or groups I solicit, there’s a huge possibility that I’ll get a detail wrong. And it just might be the detail that triggers a reader. And while I certainly would never misrepresent something on purpose, in our world today, intent doesn’t usually matter once people start sharpening their pitchforks.

And dancing with farm implements is exhausting.

It’s been fascinating to sort of observe my thought process as I’ve been mulling how I might include a hero or heroine with disabilities, because I’ve never really shied away from tougher topics in my books (and honestly, I’m sitting here wondering if that’s even the right word to use – is differently abled preferred across the board? Are both acceptable? You can Google for days and get ten thousand different answers.)

But for some reason, writing about the terrible after effects of abortion and healing available through Christ (Wisdom to Know), or teen pregnancy and alcoholism (Courage to Change), or missionary dating and childhood abuse (Serenity to Accept), or loving gay friends (the Peacock Hill series), or the temptation to premarital sex that single adults face head on in Christian romance (real life and fiction — the Taste of Romance series, which also hits up clinical depression, struggles with parental expectations, and touches on infidelity) all seems different than working to write more diverse characters.

Probably because it is.

I can see how people might consider those harder topics matters of opinion with no right or wrong answer to them. Whereas writing about living as a person of color or living with a difference of ability as a matter of fact that only those who have walked in the shoes has a right to detail. Which is why, when I did tiptoe into that sort of character, I worked with people who I knew in real life who were willing to share their experience and help me shape the characters into someone that they, at least, felt was a real and fair representation of one particular lived experience. And why, after the pitchforks, I mostly decided that I wouldn’t do it again.

Until now. When I have this Facebook message asking why I don’t.

So, for now, I thought I’d do a little reading, if I can find CCR that features differently abled characters. And this is where you come in. I know about All the Moore by Toni Shiloh (I’ve read it, and it’s fantastic). And the books that we featured in our service animal episode of StoryChats (since usually those folks who need a service animal have a special need.) Then it’s not CCR, but Promise of a Future by Stephanie McCall was a fantastic story about a young woman with cerebral palsy. I know Connie Almony has an amputee hero in her Beauty and the Beast retelling At the Edge of a Dark Forest and she also has a book where the heroine has a non-verbal autistic son, but I’m not sure which one it is (it’s been years since I read it and the title isn’t jumping out at me on her page. But honestly, I loved Connie’s writing so you can’t really go wrong.) I feel like Autumn Macarthur has one where the heroine’s son is in a wheelchair. And Hallee Bridgman has one where a heroine has an autistic son, I think?

But what others do you know of? I’d prefer titles where it’s the main character who has the different ability rather than a side character. (I’ll read just about any Christian contemporary genre. Please don’t offer me historicals – one, because the way disabilities were handled in the past aren’t as relevant and two, because I really don’t like historical. Sorry. It’s true.)