We all have dreams – for ourselves, our marriage, our kids, our life. Some are a bit pie in the sky, but that doesn’t mean they won’t come true in some form or another. I’ve forgotten who posted this recently (senior moment!) but it has stuck with me… 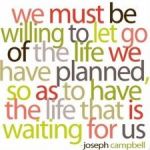 At first I just thought it was a cool quote. Then it started poking at me, rattling around in my brain, popping into my thoughts at strange times, so I spent some time really focused on it. I’d been struggling with what to do with my dream of being a writer, unsure what to do next. And it struck me – it’s not that my dream can’t or won’t come true, it would just look different than what I’d planned.

I’ve been writing, as have most other writers, pretty much my whole life. I’ve loved reading and writing since I was very young. I’ve always had stories playing in my head, complete with music. I’d write stories, created massive families just so I could come up with fun names, even designed houses to fit my 26 kids. (The Duggars have nothing on me!) I dreamed of seeing my books on bookstore shelves, having people line up out the door waiting for my autograph. Yup – they were big dreams.

Fast forward through a number of decades. I married, had two kids, stayed home to raise them (those of you who write AND raise kids amaze me!), worked part-time, did the room mother thing, volunteered, cared for aging parents. My energies went a thousand different directions but I still wrote – secretly. It wasn’t until I was nearing 50 that I felt God calling me to put my dream out there, in front of other people.

Whoa. Wait just a minute. If I put it out there, actually TOLD people I’m a writer, it would make me accountable. And what if I failed? What if I wasn’t “good enough”? It was much safer to dream about being a famous writer than to actually try to be one (well, the writer anyway – fame is a bit overrated, I think).

About seven years ago, He made it clear that I was to pursue writing seriously. In public, on my life’s stage. And He did it through Oprah (but that’s another post). Hubby said go for it, kids said go for it, and God was saying go for it – so I leaped into the deep end and started flailing. I took a writing class at The Loft Literary Center here in downtown Minneapolis. I met a gal who invited me to join her critique group. I went to the local RWA Chapter, and learned about ACFW through them. I joined online groups. I attended my first conference – alone, in Denver. (Talk about stressful!!!) Started the first ACFW chapter here in Minnesota (MN-NICE). The dream sparkled with life. I was on my way!

And I wrote. And wrote. I had grown up reading Grace Livingston Hill so I focused on love stories with a faith foundation. A few years ago, I committed to participating whole-heartedly in NaNoWriMo (while working full-time) and completed 85,000 words. My birthday is November 30, so that was my birthday present to myself. I attended more conferences (which continue to be stressful for me), found other critique partners (one in Australia and one in Seattle – hi, Narelle and Suzie!),  joined a critique group made up of published writers and nearly-published writers. The dream continued to shine. Publication was just around the corner!

And I wrote. And wrote. I entered contests and won quite a few (and totally tanked others). People were noticing my writing. The dream was coming true!

And I wrote. I found an agent who I worked with for 2 years but my stories didn’t sell. My mother died of Alzheimers, then my mother-in-law died of Alzheimer’s. My father-in-law broke his neck (and recovered), my father fell numerous times. Both dads moved to assisted living. The dream had lost it’s shine. But maybe this was just a bump in the road, like everyone said. It could still happen.

I tried to write. Life intervened. My daughter got married, and 3 years later had our first grandchild. LOVE that little sweetie. 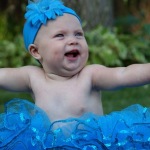 I signed a contract for my first book. Woo hoo! But that didn’t work out for a variety of reasons. The dream had faded to almost nothing. I thought perhaps my dream to write had actually been to help others succeed. And that wasn’t a bad reason to write – to encourage others.

I hadn’t written for months, but the dream hadn’t died completely (it’s in my DNA). I was invited to a writing retreat in Montana last August where there was lots of laughter and encouragement. And excitement around self-publishing – something I had never, ever considered (that was for people desperate to get published which wasn’t me). But the drive to MT with 3 writer friends was a blast, meeting wonderful people in Missoula and hearing about the wide variety of options now available to writers combined to reignite the dream. There was suddenly so much possibility. Established authors were choosing to self-publish. Excellent books were being self-published. My earlier disdain of self-publishing had morphed into excitement.

I came home and wrote. And wrote. I wrestled with the idea that self-publishing (indie publishing) was the route for me. God dropped people and opportunities along my path that pointed me that way. Then a friend reconnected me with a graphic designer I’d known a number of years ago. She was thrilled to chat about my books, having heard about my writing journey from a different friend, and was excited to design my first cover. A friend read my book and agreed to do my final edit – she’s a professional editor who worked on Billy Graham’s autobiography. A sweet new online friend offered, out of the blue, to proof my whole book for free – as a favor for how I’d helped her. Wow.

So the dream has not only been resurrected but blossomed into vibrant color. In so many ways, God has confirmed my decision to go the indie publishing route – providing help just when I need it, people eager to share their knowledge, encouragement and laughter when frustration threatens, and a new joy in writing that comes from deep within. Come Valentine’s Day, my first book will debut – and I’ll have a list a mile long of people to thank.

Which brings us back to that quote. I clung so tightly to the dream I’d envisioned, I almost missed what God has planned. Prying my fingers from that dream wasn’t easy, but the joy I’m discovering on this new path is beyond what I could have imagined. Instead of clinging to my dream, I’m clinging to Him. And looking forward to what His dreams are for me.

Have your dreams changed shape in ways you hadn’t expected?

Stacy is a freelance writer with articles published regularly in local community magazines and national publications. She also writes web copy for area businesses and a monthly newsletter for a women’s health business. She blogs regularly on Land of 10,000 Words where she features Minnesota writers, and provides insights into the writing craft and industry. Past president and founder of MN-NICE, the Minnesota ACFW chapter, she is now the Area Director for Minnesota. Her debut novel, One of Me, releases June 1, 2014, through Choose NOW Publishing. And if you ask her about her 1st grandchild (born Valentine's Day 2014), she'll be happy to show you some pictures.