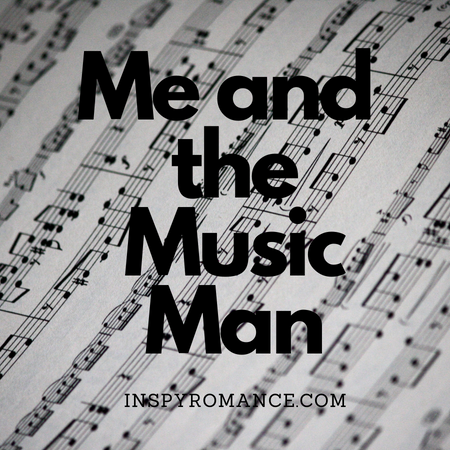 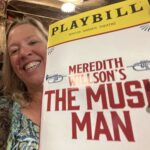 Recently I had the chance to see Hugh Jackman play the role of Professor Harold Hill on Broadway in The Music Man.

I’ve mentioned in a previous InspyRomance post that I’m a huge fan of theater, and travel to 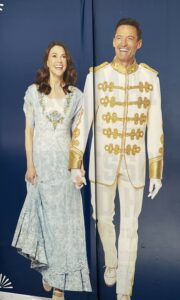 Broadway in NYC often, but this was my first trip since the 2020 COVID Broadway shut down and then reopening over a year later.  Hugh (a huge star known for his work in movies as well as on stage, for those who may not be familiar with the name) had announced his plans to star on Broadway prior to the shutdown, and I’d already been excited to see him.  When we had to delay 18 months or so, I didn’t want to miss out.

A friend and I attended, and we thoroughly loved the show.  Everything about the production was top rate and enjoyable, and Hugh, as well as his co-star Sutton Foster, playing Marian Paroo, were excellent.

The Music Man and I have a significant history together.  It was the very first musical I ever attended as an audience member, sitting in the fifth row of our local community theater.  A classmate of mine played Winthrop, and it was the first time I felt the magic of the theater wash over me.  The first of many.  Seeing that local theater production of The Music Man started me off on a long life of being a live theater audience member and loving every moment of it.

Because I loved the production, my mother bought me the soundtrack of the movie, on a big vinyl record.  I played it over and over until I’d memorized every line of every song.  To this day, it’s my favorite Broadway musical.

The town I grew up in had an outdoor theater program every summer.  Anyone could audition.  I’d only been in one play before, certainly not an experienced actress, but when I was nineteen, they announced they were doing The Music Man.  I had to try out … which I did.  I was placed in the chorus as a singer and background townsperson, which was fine with me.  Because as much as I love to watch theater, I have no acting skills!  But it was fun to take part in the production of my favorite play! 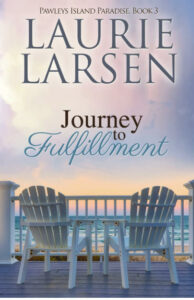 When I was writing my series of inspirational romance, Pawleys Island Paradise, in Book 3, Journey to Fulfillment, Marianne Mueller was looking for a way that her seafront inn could bring in more revenue.  She decided she’d start a dinner theater using her inn’s dining room.  Workers added a stage, and she began the many steps required to cast, rehearse and produce a live show that would draw theatergoers.  What show did I have her produce?  Well, The Music Man, of course! 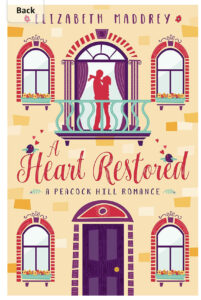 And just today, before I sat down to write this blog, I was reading a book by InspyRomance’s own Elizabeth Maddrey and I chuckled when I saw that Jeremiah, the hero of A Heart Restored, had performed in The Music Man when he was in high school!  I guess I’m not the only fan!

I’ll draw one random commenter to win a copy of my book Journey to Fulfillment.  Winner chooses whatever e-book format you’d like, or if you’re a US reader, you can also choose paperback. (Sorry international readers; e-book only.)   I will choose a winner on Friday Oct 7.