I’m excited to have my friend Jan Elder visiting InspyRomance today. Jan and I started our journey to publication together a while back and have been friends and critique partners pretty much right from the get-go. I think, once you read a little about her latest release Moosletoe, you’ll understand why. Moosletoe is part of Frosting and Flurries, a boxed set of five Christmas novellas up on Amazon. The other amazing authors in the set are Kimberly Rae Jordan, Cecelia Dowdy, Clare Revell, and Marion Ueckermann. Jan’s contribution is Moostletoe 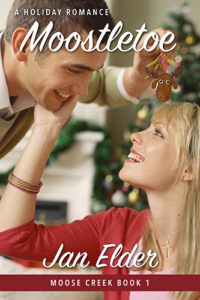 And now, here’s a little interview I conducted with Jan (via email, sadly, instead of in person) all about this fun novella.

Elizabeth: I love the title Moosletoe — where did you come up with it?

Jan: I had several titles in mind, all revolving around those elusive moose. One of my beta readers suggested this one because there is a section in the book where…nope can’t tell you because that would spoil it. I did ask friends to vote on the title they liked best, though, and Moostletoe won by a huge margin. Next up in the Moose Creek series is Moosed Opportunities.

Elizabeth: Oh! I love the next title, too. Too much fun! Now, tell me, in Moosletoe, what are two best traits of your hero?

Jan: Eric Palmer is definitely an alpha male, at least in his career. He’s a forest ranger in the northernmost county in Maine and he wrestles moose for a living. Yes, there really is such a job. He jumps from helicopters and slaps radio collars on unsuspecting moose. On the other hand, he is also on the quiet side, he’s a tad shy, and he’s very easy going. The best of both worlds in the guy department.

Elizabeth: Quiet and shy but a moose wrestler. What an interesting combination. Lots of scope for the imagination there. What are his two biggest flaws?

Jan: Eric has been hurt and he carries some heavy baggage. His ex-wife is not a nice woman and his opinion of women is consequently tarnished. He was hoping that his two dachshunds would prove to be enough company, but despite his resolve, he really craves a woman in his life—a good woman. Enter our heroine, but I’ll talk about Sammie next.

At the beginning of our story, Eric was also pretty far away from God. He’s working on that, though. Thanks to Samantha. Oh, my. There she is again! Well, we’d better move on to her next.

Elizabeth: Indeed! Sammie’s definitely trying to get her five minutes here. By all means, tell us about your heroine. And while you’re at it, how about her best traits?

Jan: Samantha Evans (Eric calls her Sammie) is a Methodist minister fresh out of divinity school. She sees the world with decided optimism. I wouldn’t say that her glasses were rose colored because that would make her seem immature and she is anything but. Maybe her spectacles are a gentle powder pink blush. She sees the good in people and she draws the goodness out of them.

Elizabeth: I love that (and I loved reading her, too. Her optimism is a joy.) You don’t see many books about female ministers, so that’s kind of fun as well. Does she have any flaws?

Jan: Sammie does have a few flaws because she’s human (at least in this author’s mind.) Her innate kindness makes her a bit on the naive side. Because she sees the good, she tends to ignore the bad, and she can be easily hurt. She says she’d rather been too sensitive than not enough, and it’s one of the traits Eric likes best about her.

Elizabeth: Oh yeah, that’s kind of putting your heart out there to get stomped on. But there are also some major benefits to that lack of cynicism. Do you have a favorite scene in your novella? Why do you love it?

Jan: My favorite scene is when Eric and Sammie are in the prayer closet. I’m not going to reveal that one though because it’s a surprise. Instead, I’ll share my second favorite scene. Matilda the moose is in trouble. The following is a glimpse of what happens when she gets stuck in a fence:

As they headed toward the fence at the back of the large yard, the trapped moose turned her head and fastened Samantha with the longest, most distressed face she’d ever seen. Somehow, the words “there’s a moose stuck in the fence” had not prepared her for the sight of two hooves sticking to the top of tall pickets.

The TV news reporter strode toward Eric and Travis, a determined set to his jaw.

Eric took charge. “Dale, you can film, but be quiet about it and keep well back. I know everybody loves Matilda, but she’s a wild animal and she’s scared. You too, Mr. Tremblay.”

“We’ll do our best to behave.” Dale smirked. “But the TV audience is going to eat this up and we’re here to serve.”

Eric grimaced. “She’s just a moose for crying out loud. People in Aroostook County see them every day.”

The TV crew moved into position. Eric glanced at Samantha. “Sammie you asked what you can do. Your job is to pray we can get this moose out of trouble, fast.”

“Will do.” Samantha nodded and clung to the fence line several yards away. Matilda puffed, her breath sending up a cloud of steam. Samantha’s heart went out to the creature, and she unleashed a silent prayer. If God cared for the lowly sparrow, He surely loved the magnificent moose.

Eric’s eyes zeroed in on the television camera as two men continued to edge closer. “Confound it, Dale, stay back. Don’t you have a zoom on that contraption?”

The cheeky, young reporter lifted his chin. “We’ll stay back as long as you give us an exclusive after the rescue.”

Eric planted his hands on his hips and huffed. “Exclusive? Dale, what do you think this is? Portland? You’re the only TV station there is in these parts. Just keep your distance. Hey, Tremblay? You have a small hatchet?”

A protest erupted from the cameraman. “Surely, you’re not going to hurt that wild animal.”

Eric shook his head. “No, of course we’re not going to hurt her. We have to break up the fence.”

Dale cocked his head. “Why can’t you just yard on it until her feet come out?”

“Do I look suicidal? I’m not getting anywhere near those back hooves. We have a crazed five-hundred-pound moose who’s not thinking straight, here.”

The cameraman grumbled and when Eric turned his back, the cameraman made a hand gesture that meant … Samantha wasn’t sure what it meant, but it couldn’t have been nice.

Matilda shifted her back feet, tried to maneuver backward and pitched a bit to the side. The wooden fence scraped against her front fetlocks and she bellowed, a terrible noise that rang hollow in the damp, night air. Terrified, her eyes flicked back and forth, the whites showing. Helpless, Samantha prayed harder and shuffled her feet to keep the circulation moving, her chest squeezing.

The cameraman hefted his camera and aimed it at the reporter. The show was about to begin.

Elizabeth: That is, indeed, a great scene. And I love all the little Maine-isms you incorporated into the book. It’s well done and adds a nice flavor to the characters and setting. Is this a stand-alone or might there be future installments set in this lovely Maine town?

Jan:  As mentioned above, I did decide to turn this into a series. Now that I’ve created this fictional town, the characters voted to live on. Part II of the Moose Creek series picks up where part one leaves off. I’m not sure how many books there will be at this point, but at least three.

Elizabeth: Yay! I can’t wait to see more of Moose Creek…and I think I’ve already identified the heroines for books 2 and 3. And I could maybe see a 4th if she gets her attitude adjusted. Anything else you want to add?

Jan:  Yes! I’m struggling with a title for Part III and I’m hoping that some of your readers might have a “moosie” idea. So what ya got, folks? I’m open to suggestions.

Elizabeth: Oooh…we have a very creative bunch of readers, I bet you get some great ideas. You want it to be sort of a Moose pun, I’m guessing. I’ll have to ponder myself.

Jan: Thanks, Elizabeth for having me on InspyRomance today!

Elizabeth: Thanks for being here.

If you want a little more detail about Moosletoe, here’s the blurb:

Fresh out of divinity school, Rev. Samantha Evans is ready to conquer the world for Christ. She lands in Moose Creek, Maine, a tiny backwater town with more moose per square mile than men. Even worse, one of her new parishioners chews up new ministers for breakfast, and he’s hell-bent on sending her packing.

Forest ranger Eric Palmer is done with women. Determined to live simply with no encumbrances, he’s moved to Northern Maine to study the moose population. With Christmas right around the corner, he runs into his buddy, Sammie, the girl who’d been his best friend when they were teenagers. Unlike most of the women in his life, he trusts her implicitly. But could she ever be more than a friend?

When Samantha’s career is on the line, Eric must save her job and rescue his own shattered heart in the process. But how does Matilda the town moose factor in? 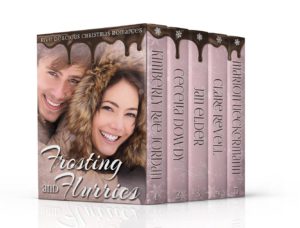 And you can connect with Jan here: 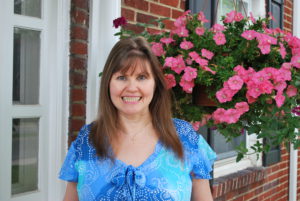 en can relate to on a deep level. She
strives to write the kind of book that will strengthen the reader’s faith, introducing the reader to a loving and forgiving Lord who walks beside us in our daily lives, while also providing an entertaining and engrossing love story.

Happily married for thirteen years to loving (and supportive) husband, Steve, the two live in central Maryland along with Jamie (a chubby black and white tuxedo cat), and Shu-Shu (a willowy tortoiseshell cat). On the weekends, Jan and Steve comb the nearby countryside in search of the perfect ice cream flavor.

Don’t forget to comment with some ideas about a Moosie name for the third book in the series!