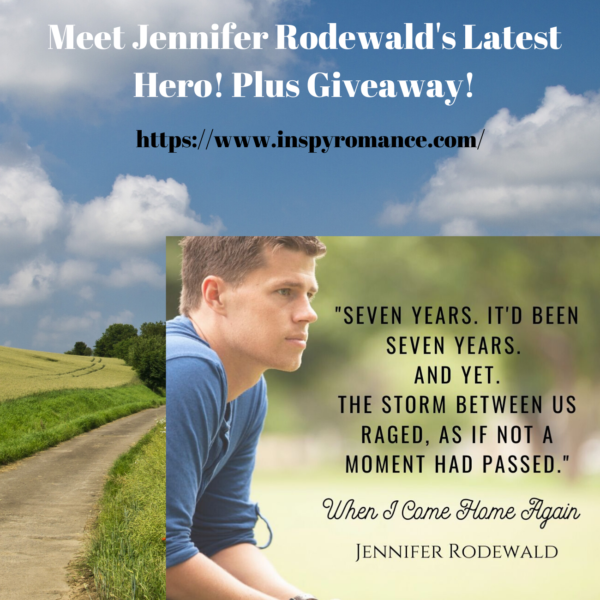 Thank you for having me!

Glad to!! We’re excited to meet your latest hero, Craig Erikson! So let’s get started with Craig!

Craig, what family member are you closest to and why?

I am an only child, and my mom is a single mom. We have always been close, but when I was twelve, I realized that her job as a single mom wasn’t easy, and I started taking my role as her son and as the man (I know, I was twelve, but I really thought this way!) of the house seriously. I became consciously more respectful and more protective of her. Later, having my football coach in high school pour into me what a consistent man of integrity looked like also confirmed to me that I needed to be a steady constant for my mom. There’s next to nothing I wouldn’t do for my mom. 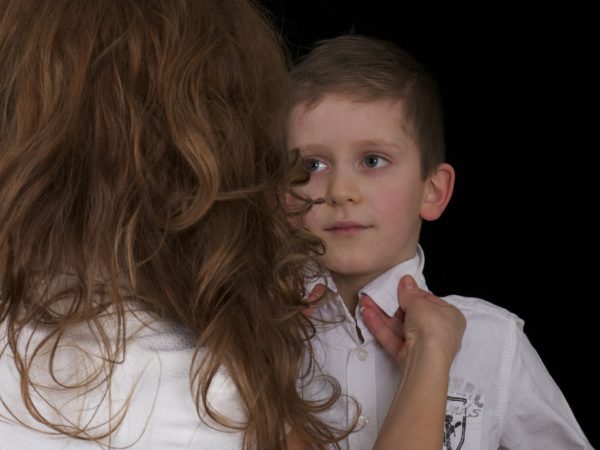 That is so special!! And honorable! The title When I Come Home Again indicates a journey. What journey are you on and why? 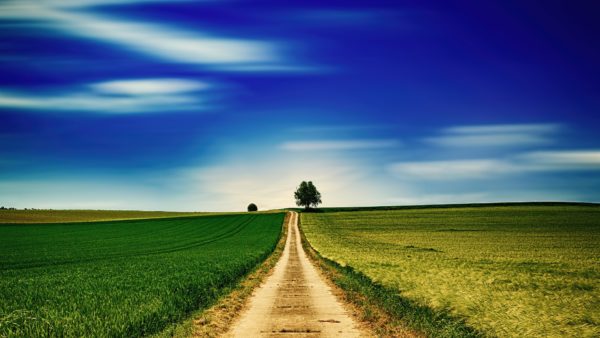 I guess the journey would be both of self-definition and finding my where I belong in the world. Or maybe, it’d be more accurate, the journey is rediscovering where I belonged all along. I lost myself for a time when success propelled my college football career, and the things that had been clearly important became hazy. This journey has been about having the courage to face the past and the mistakes that lie there, about asking for and giving forgiveness, and about finding that though we fail, God’s faithfulness doesn’t.

So true. God is faithful!

How would you describe yourself? 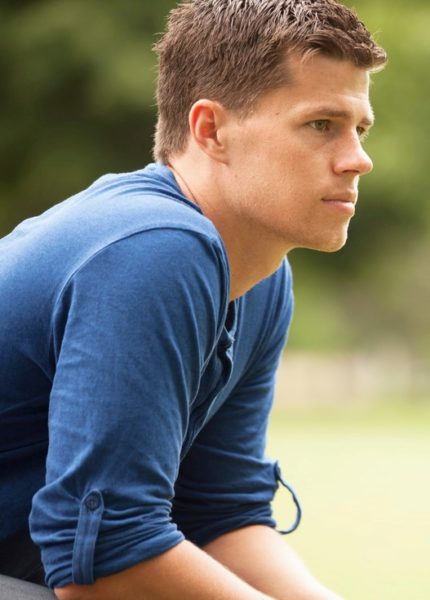 I’m an extrovert—a total people person, and unquestionably a kid magnet. I have a soft place in my heart for kids who have to overcome adversity—largely because I had known and loved such a kid. I’m usually easy-going and happy, but that is not to say that I don’t have intensity in me. As an athlete, I played hard—with everything I had. As a teacher, I work hard, pouring into my students with everything I can.

Um, well, you sound amazing! Do you have a personal relationship with the Lord?

Yes! My mom, and then later, my high school football coach, among many others, showed me who Jesus is—the Savior of sinner and God of all things—and how to have a relationship with Him. What I’m learning now is how deep His redemption goes; that He can reach the things I thought were lost and broken forever, and that a redeemed life can be lived here and now, even before we reach eternity in heaven. 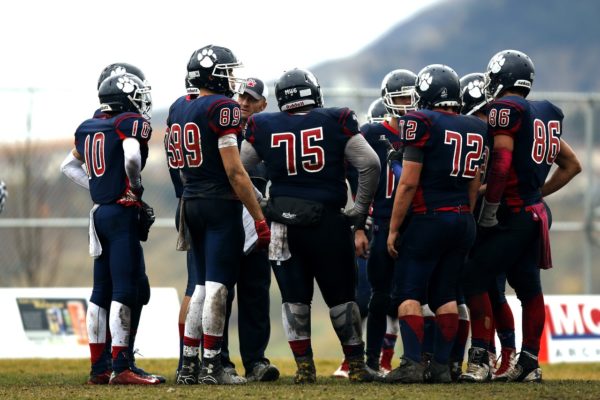 Did we meet you in another book? You seem familiar?

*chuckle* Yeah, probably. I spent some time in Rock Creek and met a spunky little girl named Sydney Brennan there. Oh, her mom, Kale, too. Sydney’s determined personality reminded me of Scottie, a kid who was really special to me before he died, and I was drawn to her. Kale and I went out a few times, but it didn’t work out. All for the best—Kale is now married to a great guy who adored her for years, and the three of them are a happy, awesome family. You’ll find their story in Ordinary Snowflakes. 😉

Oh, no wonder you’re familiar! That’s such a sweet story!! 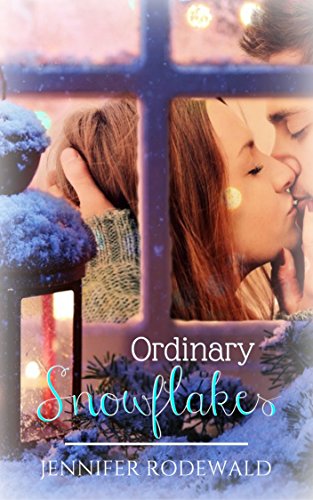 I’m assuming football is your favorite sport. Why?

Well, to play (and just so we’re clear—I was a receiver, not the quarterback. People always assume I played quarterback. 😉), yes, the fave is football (I know—shocker), although my days on the field are behind me. To watch, my favorite thing ever was to cheer on Brenna Blaum, the fastest distance runner in the state for a few years running—not to mention the love of my life. That girl… she ran with a smile. Seriously. She’d smile her whole way through a 5k race while maintaining just under a six-minute-mile pace. It was kind of breath-taking to watch; I mean, who does that? It was like she felt God’s delight while she ran, and it was all joy to her soul.

Brenna could have made it to the Olympics—I really believe that—and the fact that she didn’t even go to the trials is among my many regrets.

Sounds like a story with Brenna and Craig that we need to read! Thank you!

Thanks for letting me chat here, Janet!

Jennifer has provided a sneak peak scene for you here!

You have to go check it out! 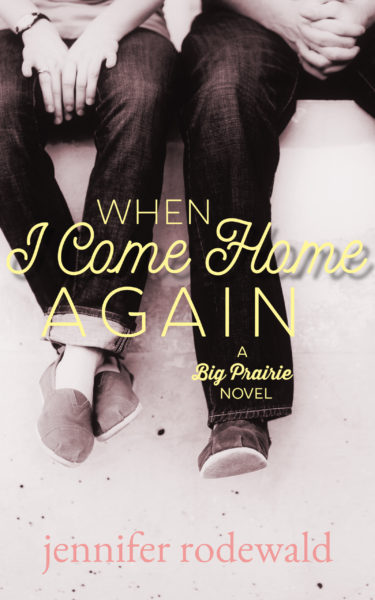 When a family crisis calls him back to Big Prairie, will Craig Erikson be able to work through past mistakes and the tragedy that had sent him searching for a new place to call home?

Brenna Blaum had been sure of three things in her life—her brother, her running, and her dad’s star receiver. But in a matter of a year’s time, everything she’d counted on fell apart, leaving her devastated. Seven years later, she’s reached stability again—until the man who had broken her heart finds his way back to Big Prairie.

Craig Erikson had it all—popularity, success, and the love of his high school coach’s daughter. But after a year of mistakes which ended in a tragic accident, he left Big Prairie—the place he’d thought to always call home—hoping that without his antagonizing presence, Brenna would be able to heal.

When his mother desperately needs him, Craig returns to Big Prairie. Unsure that she can forgive him, Brenna does her best to avoid him. Certain that he’s still in love with her, he becomes determined not to allow it. Life in a small town forces their interaction, making them confront their unresolved issues and igniting emotions that have smoldered for seven years

As Craig and Brenna are pushed together, can they endure the hard places still littering their lives? If so, is it possible to find their way back to love and home again?

I know you can’t wait to get your copy of When I Come Home Again!

Jennifer Rodewald/J. Rodes lives on the wide plains somewhere near the middle of Nowhere. A coffee addict, pickleball enthusiast, and storyteller, she also wears the hats of mom, teacher, and friend. Mostly, she loves Jesus and wants to see others fall in love with Him too.

What family member are you closest to and why? Since it’s near Christmas, Jennifer has kindly offered to give one eBook copy of Ordinary Snowflakes to someone who comments by December 16th! (void where prohibited)