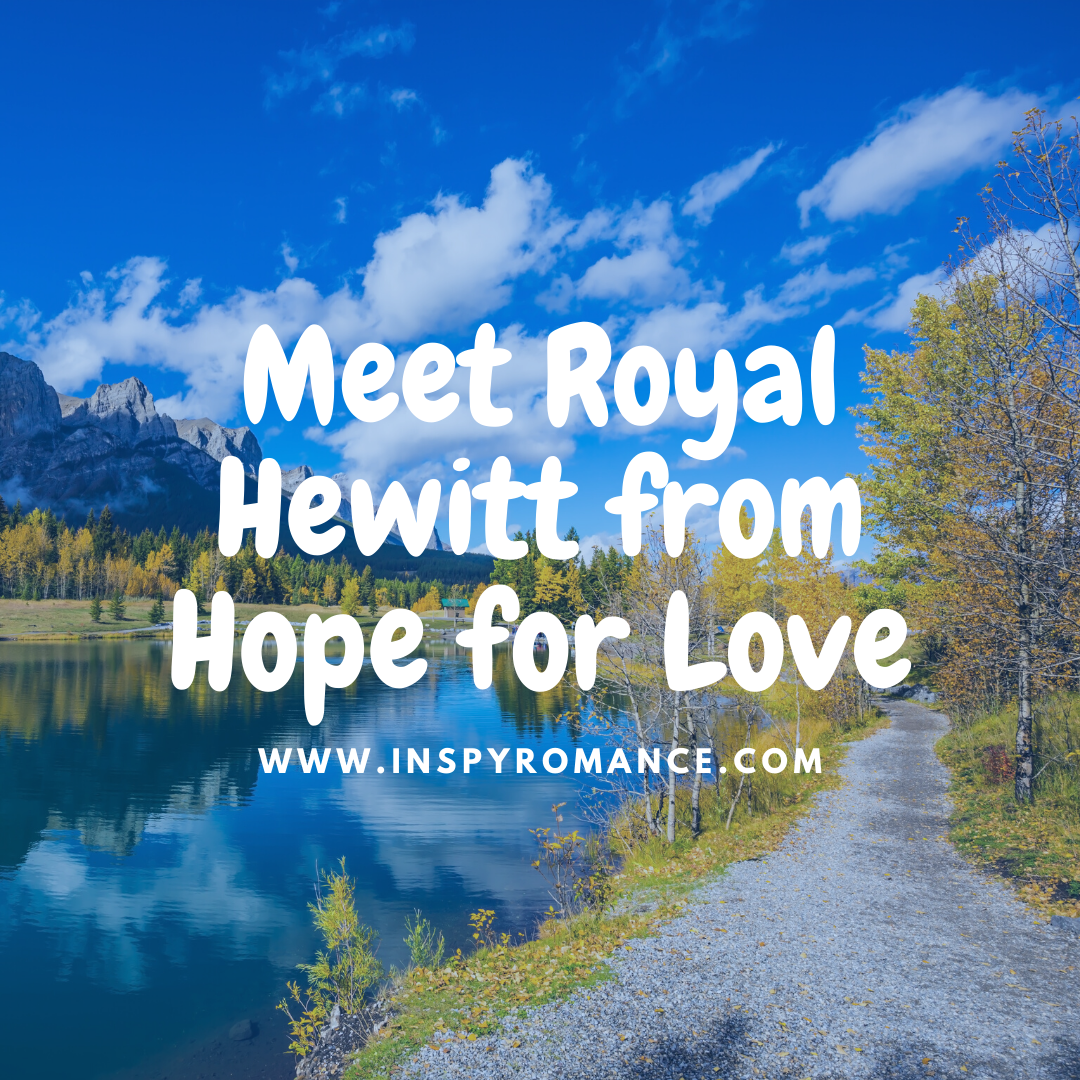 Next week, Hope for Love, book 3 of the Hope Ranch series will release. I thought it would be fun to bring Royal Hewitt along to say hello and tell us a little about what’s been going on with him.

So come on in and sit down, Royal, and say hello.

Elizabeth: Is that a question?

Royal: Maybe. I’m not sure why I’m interviewing on a romance blog.

Elizabeth: Ha. Well, you do quite a bit online, maybe we heard about you and thought you seemed interesting.

Royal: I guess that’s possible. I have a big social media presence, it’s been a fun way for me to make a living. Kind of the dream for my generation. Things have been a little tougher lately since I realized I needed to be a little more careful with what I was agreeing to.

Elizabeth: We’ve got nothing but time. I mean, I have some questions, but I’m pretty sure we can work around to them. And this is interesting. Go on.

Royal: Yeah, all right. I guess it all started when I headed up to my grandparents’ ranch in New Mexico in the spring. My twin sister Skye was here and I needed her help with one of my sponsors. See, companies sometimes reach out and want me to use a product for them and then do a little promo. Anyway, this was one of those DNA kits and I thought, hey, why not?

Elizabeth: Those are interesting. Did you find out anything surprising?

Royal: You could say that. Not necessarily in a good way though — turns out we have a half-sister none of us knew about. But being here at Hope Ranch, being around my grandparents, seeing how Skye’s relationship with God has changed her? Well I decided I wanted that, too. And it’s great, don’t get me wrong. But I can’t just blindly accept some of the sponsors who come my way now, because I don’t think it’d be honoring to Jesus.

Royal: Sorta. I’ve got some ideas of what I can do to make up the difference. I’ll be okay. Especially since I’m going to stick around at Hope Ranch. Grandma and Grandpa are great–and as much as I try to insist on paying rent and carrying my weight, so far they haven’t been willing to take me up on it. They say it’s to make up for too many years when they didn’t do anything for me. But that’s not really their fault. I mean, my dad’s the one who walked away.

Elizabeth: Have you figured out why he did that?

Royal: Nope. I’m realizing that the stuff he told us was all lies. Grandma and Grandpa say they tried to keep in touch — but he closed them out. Now that I look back at my childhood, I wonder if we moved around so much in part to keep them from tracking us down. It’s sad.

Elizabeth: It’s all coming together now though? I mean, Betsy and Wayne went out to see your dad when he was sick in the spring, right?

Royal: They did. And he let them. But I don’t know. I guess we’ll see. I know Grandma says nothing’s impossible with God, but I look at my dad and think we’re going to need a miracle.

Elizabeth: God can do that. So, your brother, Cyan, found love at the ranch. And so did your twin. Any chance of that happening for you?

Royal: I mean, I can hope, right? There’s this girl, Sophie, who teaches kids to ride horses a few days a week. She checks all the boxes.

Royal: You’d think that, wouldn’t you? She hates my guts.

Elizabeth: Ouch. Any idea why?

Royal: I guess she doesn’t believe people can change – even when Jesus gets a hold of them. I don’t know. For now, I’m not going to push. I just take a lot of opportunities to flirt with her and see if I can wear her down. In fact, I think it’s time for her to be here pretty soon – you mind if I bail?

Elizabeth: I guess not. We’ll see you around.

If you’d like to spend some time with Royal and Sophie and catch up with all the rest of the Hope Ranch crew, Hope for Love releases on July 14th but you can pre-order it today. (If you’re new to Hope Ranch, you can start at the beginning with Hope for Christmas for just $0.99.)

I had a beta reader (just one) suggest that Royal going out of his way to flirt with Sophie when she’d told him she wasn’t interested bordered on sexual harassment. None of my other betas or ARC readers has said anything, and this particular beta has a trauma history so is a little extra sensitive, but what do you think? Do you think characters in books should always walk away at the first no thanks? Why or why not?

One commenter by midnight Eastern US on Friday July 17th will receive an ebook copy of Hope for Love.