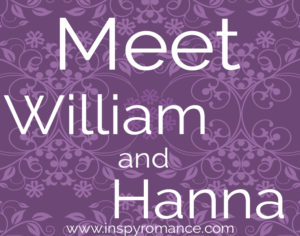 I love my characters.

Over the course of the months/years it takes to write, edit and publish a novel, they truly do grow near and dear to me, which seems weird and slightly psychotic when you think about it, considering they ARE fake people, right?

So I thought I’d introduce you to two of my most recent friends!

First we have Hanna.

Hanna is a Minnesota girl. She’s tough, feisty, but she also has a huge heart big enough that when it gets shattered, it’s difficult to put back together because there are SO MANY PIECES. She’s a kindergarten teacher and loves kids, but secretly has a desire for a little bit of adventure. She’s always done what was expected of her. Grew up in church a good little girl, got good grades, went to college, got a job, dated a little but nothing serious. She loves Jesus, but tends to be a bit on the judgemental and holier-than-thou side. And while she would have said she totally believes in the 70×7 forgiveness that Jesus’ preaches, when the going gets tough, the tough get stubborn.

William (Will) is a businessman. He’s intelligent, a go-getter, a problem solver, and doesn’t have time for romance, even though the idea of love isn’t totally out of the question. As a newly appointed CEO of a major, publicly held company, his job is his life and he devotes all his time and energy into doing it well. Staying busy helps him ignore the gaping wound inside that has been festering since he was a teenager. His problem isn’t forgiving people, it’s forgiving God. Still, even though he is a driven man, he has a soft side. He likes to laugh and has a big heart, even though its damaged. 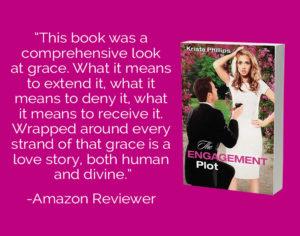 They are opposites in so many ways. She thinks she’s a pretty good Christian and he isn’t sure he even wants to be one. She’s all fish fry and he’s all black-tie-salmon. She lives in a farmhouse in Northern Minnesota and he lives in a high-rise condo in Nashville, Tennessee. But sometimes the opposite is exactly what we need to balance us out and speak truth into our lives that no one else can.

I’d LOVE for you to check on The Engagement Plot and read more about Hanna and Will! There are a lot of sparks in this book… both romantic and the kind where two hearts clash… but the fireworks that result are usually worth it :-)

Have you read a book lately that had “opposites” as characters?

Do you relate to either Will or Hanna?