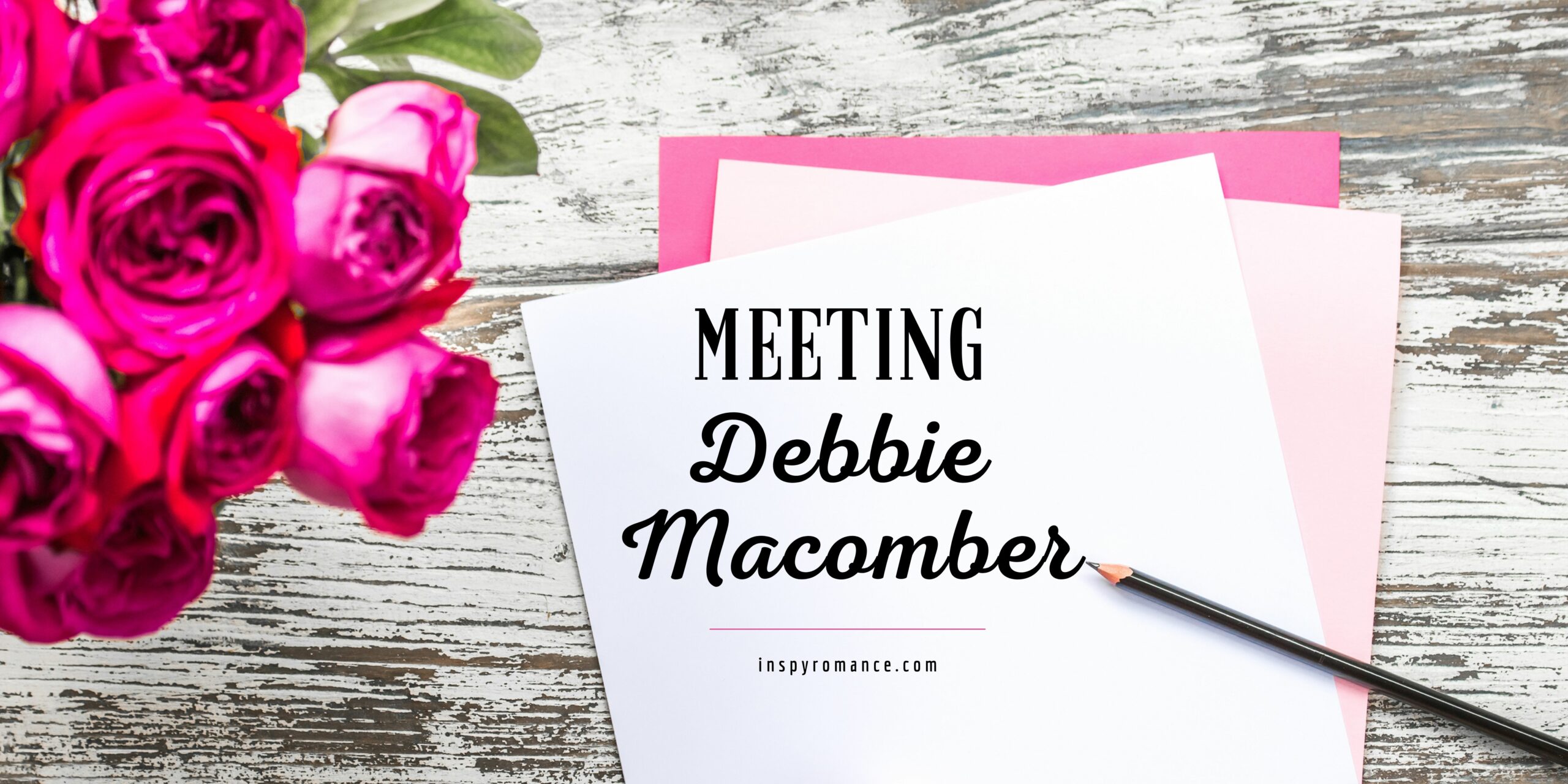 Growing up, my mom was a writer. She sold stories to Sunday school curriculum and magazines, and I’d always get autographed books in my stocking that she’d pick up at writing conferences. We also shared novels, and one novel we both loved was Rainy Day Kisses by Debbie Macomber. Well, my mom wrote to Debbie, and Debbie wrote back. Since then, Debbie has always had this soft spot in my heart.

So imagine my delight when I planned a writing retreat in Port Orchard only to discover that Debbie lived there! I couldn’t NOT write to her and tell her how my writing group watched her movie Dashing Through the Snow at one of our Christmas parties and I own her book Trading Christmas that was set in Leavenworth, Washington where I got married. I also couldn’t NOT tell her the dates I’d be there and see if she was available for coffee.

I received a letter from Debbie’s assistant, inviting me to visit her office and go to lunch!!! I immediately contacted Nicole Deese and Jill Williamson to see if the time worked for them, as well. They made it work.

We arrived to this: 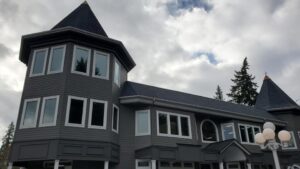 Debbie writes in the turret, and all her people work in the office below her. We knew that, but we didn’t know how to get in. Finally we found the right door. 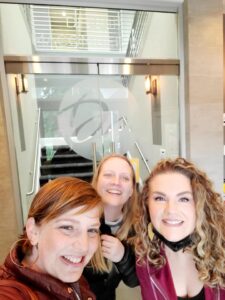 See the DM etched into the door behind us? We were just giddy to be there. But then Debbie and her daughter made us feel like VIPs.

They had welcome bags ready for us, and they gave us a tour. I filmed the library full of only her books, which you can check out here. You can also watch the video of her telling the stories of all the authors autographs in her collection, including Beverly Cleary who was the librarian who handed Debbie her very first book.

She kept saying, “I’m not a writer. I’m a storyteller.” And she really did tell the best stories. We heard stories about how she started writing forty years ago with a rented manual typewriter…all the way to the plot of her current novel about a pastor and bar owner trading jobs for the month of Christmas. Working title: Christmas Spirits. (Get it? Spirits? LOL)

She took us to lunch, and she even asked her daughter if there was enough room in their private suite at the Seahawks game for us to join them. There wasn’t, but just her thought blew me away.

She also talked about people who don’t like her books. She said whenever someone writes her a letter to complain about one of her books, she apologizes for the money they spent on it and offers to donate that same amount to their charity of choice. Only one of them ever took her up on that offer. But whether you are raving or ranting, she’s made a commitment to write back everyone who writes to her because of how good it felt when she was just starting out and an author personally wrote her back.

I’d taken my own books to get autographed, but she let us pick out more. I also gave her an autographed copy of Husband Auditions even though she said SHE’D ALREADY ORDERED IT! She says she’ll use it for a giveaway, and she shared a picture of us on her social media. 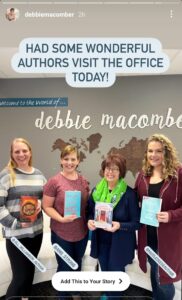 We asked for writing advice and soaked up her every word. Nicole said she’s cried three times already just telling people about this experience. I’m still in awe that this actually happened.

We spent the rest of the weekend enjoying the town where Debbie’s Cedar Cove series (now a Hallmark Channel original) is set. It’s beautiful and ideal and perfect for writing, though we had so much fun it was hard to get any writing done. 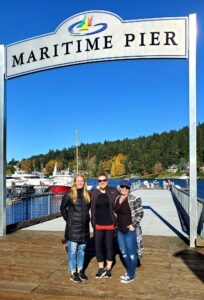 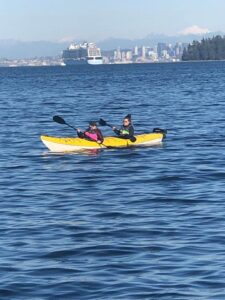 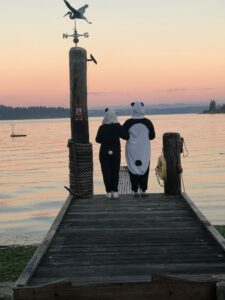 Nicole and I wore the panda onesies for Halloween because, as Nicole says, “This is what we do.” We also saved Jill from a giant spider by killing it with an oar. There was neve a dull moment. 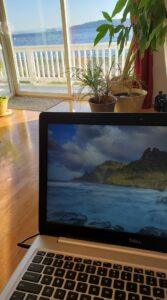 I did get some writing done even though the wallpaper on my computer didn’t compare to the view out the window. It was here that I learned I have a certain series being taken to the pub board this month (will keep you posted) and that I wrote the first chapter of a split timeline novel Joanna Davidson Politano and I have been talking about writing for years. 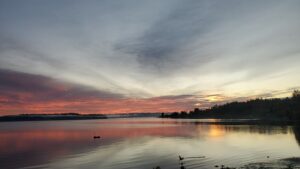 I woke up to this view on the last day, so I gasped, poured myself coffee, turned on worship music, and watched the sunrise from a hammock chair. This may be Debbie’s everyday life, but for me it was a gift. 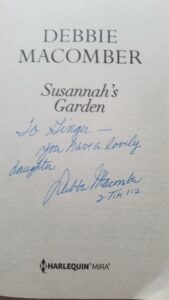 And it was such a gift to come home with an autographed book to give my mom.

Who is an author you’d be thrilled to meet?