Along this writing path, stories happen that you never really see coming. At least that’s the case for me. I get a great idea and start writing, seeing what I’m seeing in my dreams or “visions” and translating that into words so someone else can share the story with me.  While this sounds a lot like telling a story I already know, what happens a lot is I’m telling a story and “watching” it happen right along with the reader.  That was the case with “More Than This.”

The genesis idea for this one was it was set in a coffee shop, and I could see the two waitresses. They had this game about making up stories about the patrons that came in.  One guy in particular attracted their attention. He was incredibly quiet, always came in alone and much later than someone should be drinking coffee.  He always wore a dark, wool trench coat and never took it off. He would come in and not really talk to them or even look at them as they served him coffee after coffee as he bent in the corner table over his laptop.

Of course, these two let their imaginations run wild. He’s in the CIA.  He’s a Russian spy, etc.

The older of the two is in perpetual fix-the-younger-one-up-with-someone mode, and so she pushes Liz to go try to talk to him “to find out what he’s doing.”

Well, that doesn’t really go as well as Liz or her friend, Mia, would like because the guy, Jake, is pretty much, downright anti-social.  However, Liz finds herself now fascinated with this unreachable guy, and the story is on.

The crazy thing about this story is I was literally 50 pages into writing it before I even knew what it was about.

This is hard to explain, but some characters are open to the world. Yes, they all have secrets, but most are not nearly as closed off and in their own little worlds as these two were. That made writing this one an immense challenge because about the time one of them opened their heart up a crack, the other one would run the other direction!

Just to get them to talk was a monumental challenge.

The other thing that made this book a real challenge was how much Jake was like me. Let me tell you, I would have never thought it was easier to live than to write about, but it was!

When the idea for this book first came to me, it was a scene deep in the book where the two of them have gone to a museum. They are looking at a diorama of the French Revolution, and Jake, with no warning, starts telling her the story of all the little people he sees in the set.  His mind, his imagination, is so vivid to him that often he can’t tell what’s real and what’s not. 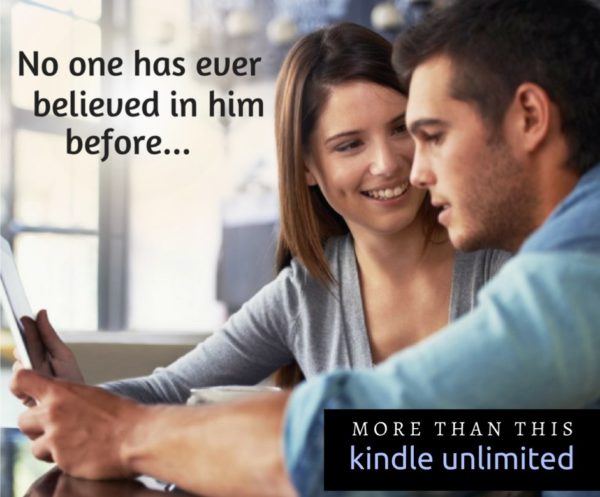 Of course, he tries to use this to write the stories his mind is conjuring up. Unfortunately, writing has never been his forte as Liz soon learns.  As she begins to get to know the real Jake, the one underneath the dark coat and slumped shoulders, she finds a whole new world of a person who has struggled most of his life with issues he always assumed were his fault.

I distinctly remember “watching” him live life in my imagination, and I could “see” how closed off he was from everyone—and life itself.  Then one day I made a startling discovery. When I wrote “as Liz,” Jake did his level best to not let me see the screen of his computer.  When I wrote “as Jake,” I saw what he saw in his imagination, never the computer screen itself.

Confused by this, I started asking, “Why? Why won’t he let anyone see that screen?”

The answer became the foundation of the entire story.

Add to this that Liz is dealing with her own deep, dark secrets, and you end up with a book that feels like you’re on a permanent Tilt-a-Whirl—never really sure just where you are or when or where the ride will stop.

Lots of people have commented in the reviews that this books feels “slow” at first. I think mostly that’s because they are both so closed off that dynamic anything would’ve been impossible.  But I also have many that say if you stay with it, you will learn things you never knew you didn’t know.

So, to you, my loyal readers, a gift today.  “More Than This” is FREE on Kindle as well as available on Kindle Unlimited.

I hope you enjoy this story and don’t get too frustrated as you walk through life with two locked-tight characters who have given up on life… and their journey through the issues of life into becoming who God created them to be!

GET “MORE THAN THIS” FREE

On Kindle or Read on Kindle Unlimited!