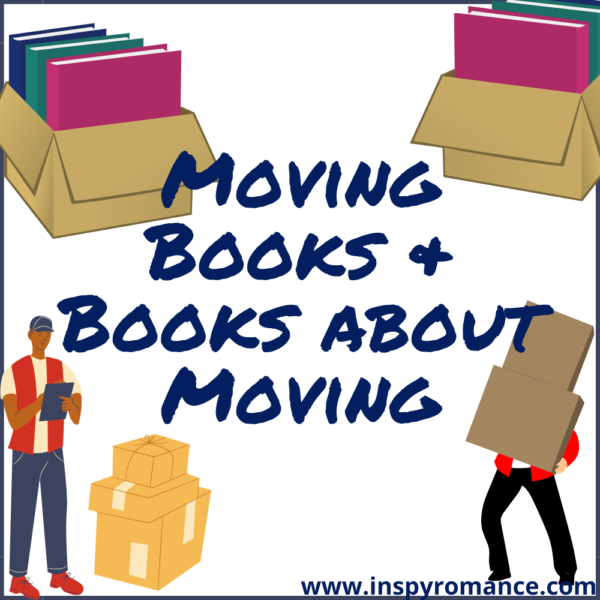 Tomorrow my husband and I will celebrate our 21st wedding anniversary…by packing up our house. It may not seem like the most romantic way to spend the day, but in a way it is—because it’s all another part of our adventure together. It’s an adventure that has seen us move 10 times now (yes, I realize that’s an average of a move every 2.1 years…and we’ve lived in our current house for six years, which means that there were several years where we moved every year). But you know what? I wouldn’t change a single one of the moves we’ve made because they’ve all become a part of our story—and God has used every one of them to stretch and grow us and bring us closer to him and to one another.

Our first move was into an apartment when we got married. Then, less than a year later, we moved into our first house. Three years after that, my husband decided to return to school to study for the public ministry. That brought us five moves in seven years (and three children along the way, each born in a different place). And then we moved to serve our first congregation (and another child came along…she’s important to this story too). And then we moved to our current home, which will no longer be our home as of next week as we head into our biggest move of all—from Wisconsin to Texas.

If you subscribe to my newsletter, you’ll know all the details of why and how this move came to be. But in case you don’t subscribe (you can sign up here if you’d like!), here’s the short version: Our youngest daughter has a mixed expressive/receptive language disorder. Although she’s received intensive speech and language therapy, we realized over the past year that in order for her to receive the educational opportunities she needs, we needed to find a specialized language school. (Can I just pause for a second to say how awesome the community of Christian readers is—it was through sharing my daughter’s challenges in my newsletter that we even learned such schools existed, as a reader reached out to tell me about her child’s experience in one.) Anyway, the long and short of it is that there are no such schools in our current neck of the woods, but we found an amazing school in Houston. Which brings us (after months of prayer and family discussions) to today: packing up to move to the Houston area.

The funny thing is, with our first move, you know what the majority of the boxes were filled with? Books. And even though we’ve made ourselves pare down our book collection with every single move we’ve made, guess what the majority of the boxes are filled with today? Yep—books! At last count, I think we had about 50 boxes of books. To be fair, there are six of us who love to read now, instead of only two. Plus, a good majority of the books are ones I’ve written—not only my Christian romances but also more than 300 children’s nonfiction books (two copies of each, all hardcover). And then there are the books we read with the kids when they were little and are holding onto for grandchildren (I know that’s a while off, but it never hurts to plan ahead!) and books the kids still read or will want to read as they grow up. And then there are the books my husband and I wanted to hold onto as well (honestly, I think this makes up the smallest pile since I do most of my reading on a Kindle these days).

Anyway, as I was thinking about moving, I realized that almost all of my books have at least one character who moves (I wonder where that came from, lol!). But truly, I think having a character move to a new town (or back to an old town) is so full of possibilities and new beginnings, which I love. And when I asked the other Inspy authors if they have any books about moving as well, I found out that I wasn’t the only one who felt that way. So as we spend the day packing up to move, I hope you’ll enjoy this selection of Inspy books that feature a move:

Someplace Familiar by Teresa Tysinger
Brokenhearted Livy Johnson moves to Laurel Cove, NC, to fix up her grandmother’s cottage. When she accepts help from the town’s most eligible bachelor, it seems she’ll find more than just a fresh start.

Suddenly Forever by Teresa Tysinger
Photojournalist Luke Bassett moves back to the cabin in the North Carolina mountains where his mother used to bring him every summer—the only place he’d ever really felt peace. But when the lake’s other resident is captive to her grief, is finding peace possible?

Someone Found by Teresa Tysinger
Quinn McAllister isn’t planning a move from her hometown of Maine. All she knows is that when she runs away to hike the Appalachian Trail in search of answers, the last thing she expects is to find a home—and love—in Laurel Cove, North Carolina.

Becoming Us by Jaycee Weaver
Shortly after Mason Hayes loses both parents, he meets a half-sister he never knew existed. In the midst of his grief, he ups and moves to New Mexico to start over and get to know her better.

A Heart Restored by Elizabeth Maddrey
Deidre McIntyre moves to Peacock Hill to refurbish a Golden Age mansion and start a new life.

A Heart Reclaimed by Elizabeth Maddrey
Deidre’s brother Duncan moves down to help her with rehabbing the gardens—only to find that his unrequited crush from college Anna has already moved down there for the same job.

Hope Ranch series by Elizabeth Maddrey
All the grandchildren find their way to Hope Ranch to meet their previously estranged grandparents, and they all find more than they thought they needed.

A Song to Call Ours by Merrilee Whren
The heroine is moving from Boston to Nashville to try her hand at becoming a singer/songwriter, but her car breaks down in the fictional town of Pineydale, Tennessee.

Memories of Mist by Valerie Comer
Myles Sheridan not only switches jobs because of how uncomfortable a co-worker makes him, he switches apartments! He’s astonished to find his new neighbors pitch in to help with the move.

Saving Grace by Amy Anguish
Michelle moves back home from the city to take her dream job.

Faith and Hope by Amy Anguish
Hope moves to Texas temporarily to live with her sister.

Writing Home by Amy Anguish
Chris contemplates moving from what she considered her dream town to where her penpal lives.

Finding Faith by Melanie Snitker
Single mom Serenity Chandler knows moving away from her hometown so that her son can attend a special needs school is the right thing to do. It also means leaving behind her family and support system while having faith that God has something else in store for her.

Here are just a few of the moves in my books as well:
Not Until Forever
Sophie thought she had left Hope Springs for good—until she returns to say goodbye to her grandmother and finds everything she ever wanted, including her first love, is right there.

Not Until This Day
Isabel had never heard of Hope Springs until she Googled “where to find hope” and an ad for the tiny town came up. After years of running from an abusive relationship, has she finally found true hope?

Not Until Now
When lawyer Cam flies to Hope Springs to take care of the niece he never knew he had, his only goal is to get back home to California as soon as possible. He never expects Hope Springs to become home.

How about you? Have you moved a lot? If you had to pack up all your books, how many boxes do you think they would fill (I bet you’d be surprised at the number if you tried!)?