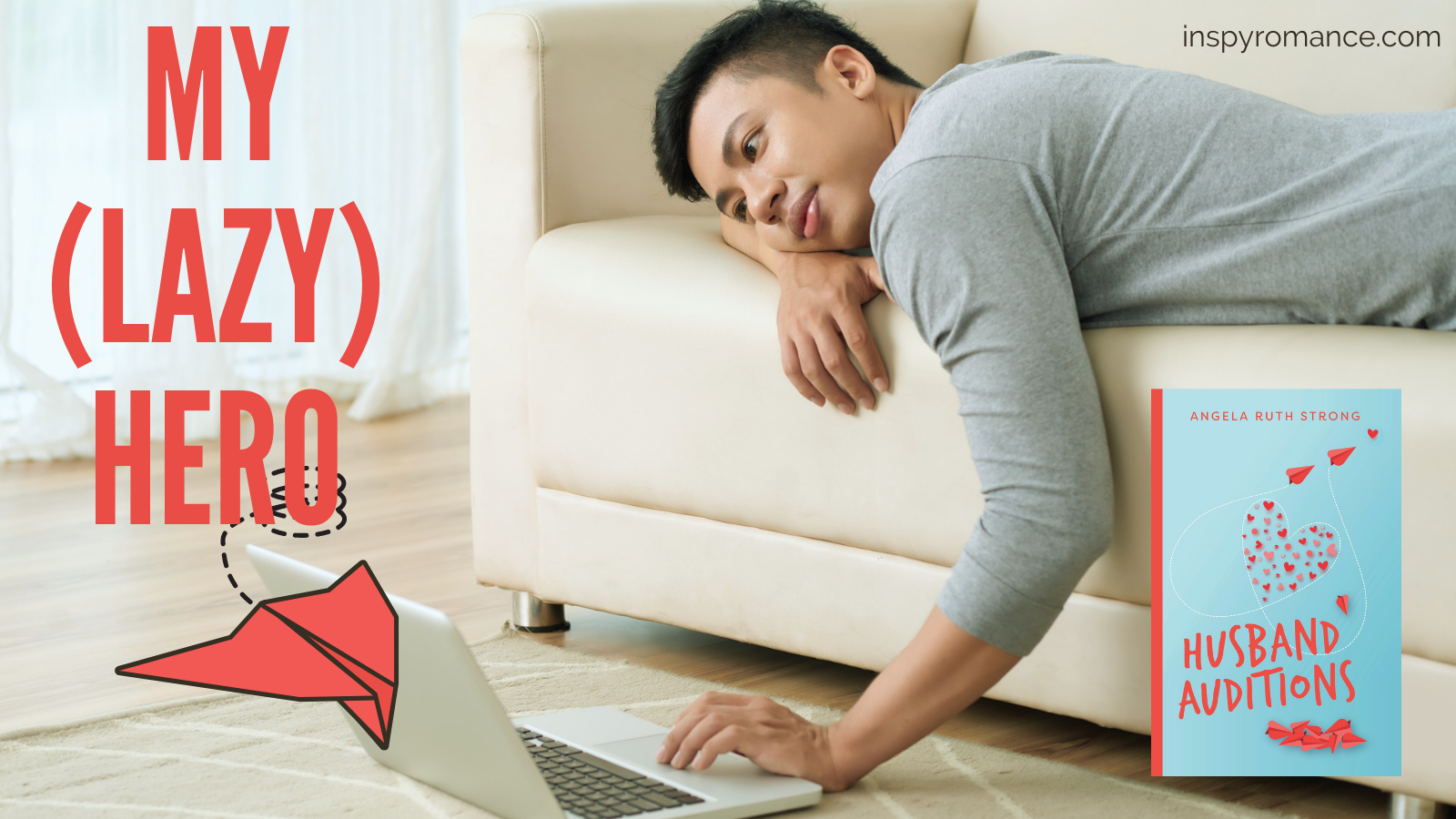 It’s been interesting to hear reader reactions to writing a lazy hero. Some didn’t like him for Meri at first, some defended him, and still others didn’t see him as lazy but rather wounded.

This was a hard balance to find as a writer, and my editor asked me to add a line at the beginning that would offer some insight and hope for the more skeptical readers. I added this quote from my screenplay writing character: “Kai has a good backstory.”

But why did I write a lazy character in the first place?

See, I took a class on heart issues based on The Emotionally Destructive Relationship by Leslie Vernick. The seven heart issues include: pride, selfishness, anger, envy, fear, laziness, and an evil heart. Besides the evil heart (which I shall reserve for villains), most of the other heart issues are pretty common issues for heroes to deal with. Except for laziness.

My counselor said that in real life, it’s the lazy husband who women struggle with the most. They can forgive a guy for being selfish, angry, or prideful, but they feel helpless when it comes to a man who won’t put in the effort to make a relationship work…let alone work around the house.

As mentioned above, there was a section of readers who didn’t consider Kai lazy, but rather wounded. (Though can’t that be said of all our heart issues?) When Kai’s backstory is revealed, readers start to see that he’d worked really hard toward some goals only for them not to pan out. So rather than face disappointment or rejection again, Kai gave up. Quit trying. Grew lazy.

I presented a third option for Meri. There’s always the option of inviting the unhealthy person you love to grow enough to step into a healthy relationship. To choose this third option, you have to be strong enough to stay in the light no matter whether the other person chooses to join you in the light or remain in their darkness.

This third option is why I wrote a lazy hero. It’s what I want to offer readers in this book. I’ve written a love letter for women who are with lazy men: “I see you, I know it’s hard, I feel your pain.” But I’m also offering hope for whatever kind of heart issue you may be dealing with. It’s worth overcoming.

Relationships are not easy. Answers are not trite. May this love story encourage you wherever you are at. Don’t settle for unhealthy relationships. Instead, choose to grow…even if it creates tension with the people you care about most.

God loves you too much to leave you (or them) in that unhealthy place. And He is not a lazy hero.

What heart issue have you seen the most in contemporary Christian fiction? Do you think some are more acceptable than others?