Hello! Jolene Navarro here checking in from Canyon Texas. For the first week of my summer, I’m at the West Texas Writers’ Academy on the campus of West Texas A&M University. It is one of my favorite weeks of the year. So from sunup and way after the sun settled behind the plains we are submerged in our writing. A large group of writers from every genre gather to learn, create and be inspired.

This is where I have met some of the women that have changed my writing career. 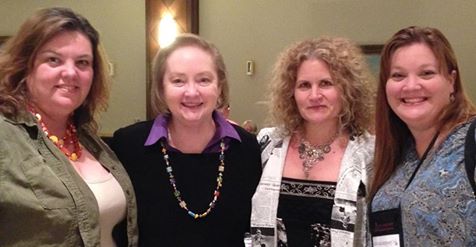 We should all have a tribe or even tribes that get us, that understands our passions. 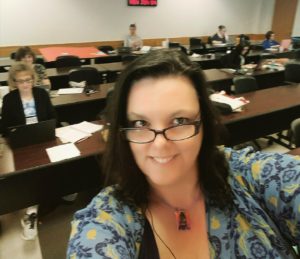 I come here and work on the stories I love. The stories I love to write all take place in my small Texas towns. The setting is a character that shapes the people who walk across the pages. I grew up in these small towns in the Texas Hill Country.

Maybe because my own love story happened in the small towns. My own personal hero is a small town ranch boy from the tiny rural town called Leakey. The same town where my parents met and great-grandparents raised their family.

This may be the reason my stories all take place in small towns in Texas.

I made-up stories way before I ever thought I could be a writer. Everything in my life had given me experiences I would use in my stories.

God gave me a clue how my future would unfold the first night I saw the man who would be my husband. I drove my sister and a couple of friends over the Hill Country from Leakey to Junction to watch a high school football game. One of my friends was dating the quarterback. I met his older brother that had come in from College to watch the game. Fred had three younger brothers that were all on the team.

After the game, we all met at Dairy Queen. (How small town is that?). I thought the older brother was cute. I was a senior in high school.  We asked if him if one of the brothers could ride back with us.

Fred said no. You see he is a rule follower.  He had signed his brother out and had promised his father he would get them all home. So as far as Fred was concerned all his brothers had to be in the truck with him…no riding with the girls.

He thought I was a bit crazy anyway…I like driving fast. He always drives the speed limit.

So, a few months later at another football game, Homecoming, I saw him again. In small towns, homecoming is big deal. (when I say small town, we are talking population of around 400). My parents were in town for the game. After the game, we cruised up and down the main street. He then asked me to a concert and one year later he asked me to marry him.

A year later in a true act of love was Fred this small town ranch boy got a teaching job in Houston just so we could be together as I finished art school. That was 1988. Wow, time flies. 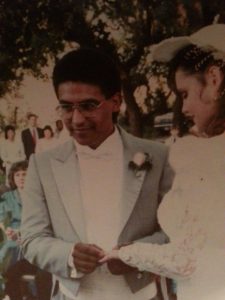 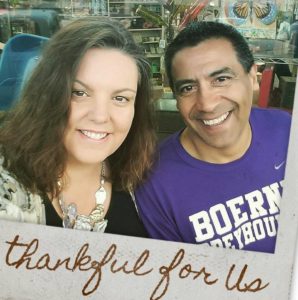 He had no clue he was marrying a future romance writer.  He’s been so supportive every step of the way.

I also think it is important to read as much as you can. I love reading small town romances, but I also love big city settings and historicals. I love reading about the diversity of real life, about people from different cultures and walks of life.