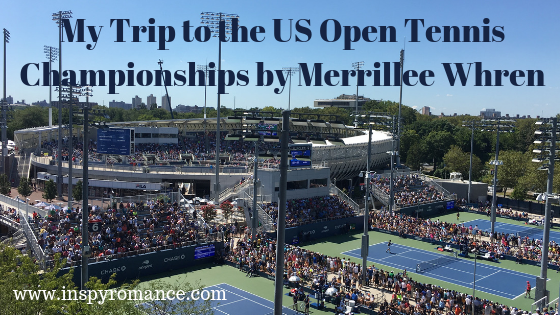 As some of you may know, I’m an avid tennis player and fan. I play tennis at least three times a week, often more. Here’s a photo of one of my USTA teams that is headed to sectional playoffs in December. I’m the first one on the left in the front row. 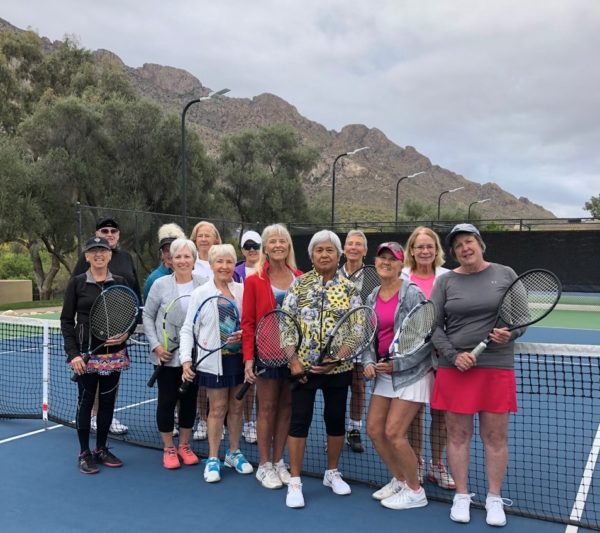 I’ve been to the Wimbledon Championships in the UK, so I thought it was time to go to the tennis championships of my own country, especially since my daughter and her family now live near NYC, where the tournament is held. The official site is the USTA Billie Jean King National Tennis Center in Flushing Meadows-Corona Park in Queens, New York City, NY. To get to the tennis center from where my daughter lives requires an hour-and-ten-minute ride on the NJ Transit train from Morris Plains, NJ, to Penn Station in NYC. The next leg of the trip is a fifteen-minute ride on the Long Island Railroad that goes from Penn Station to the tennis center. The total time for the trip, stops included, was a little over two hours.

Here are some of the sights at the tennis tournament. The first two photos are of plaques showing former US Open champions from previous years. 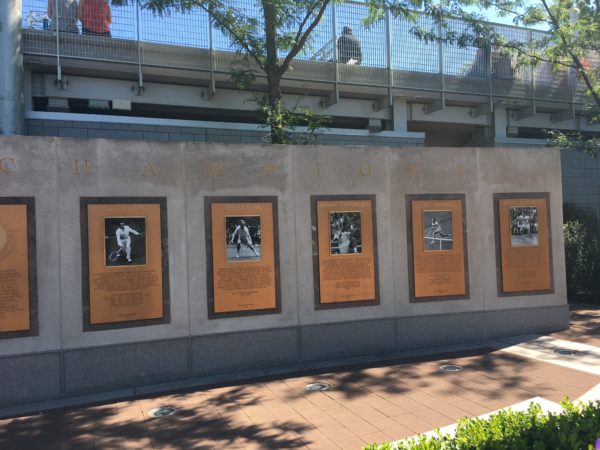 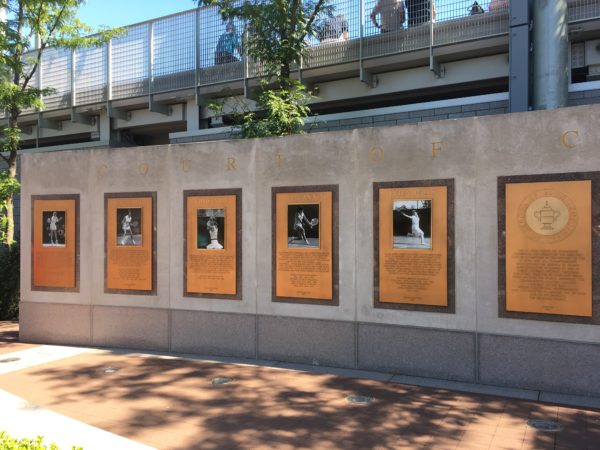 The photo below is a photo of Arthur Ashe Stadium, the largest venue at the tennis center. I had a reserved seat in the stadium, and that allowed me first come, first served general admission to all the other courts, although I wound up only going to Arthur Ashe Stadium and Louis Armstrong Stadium. 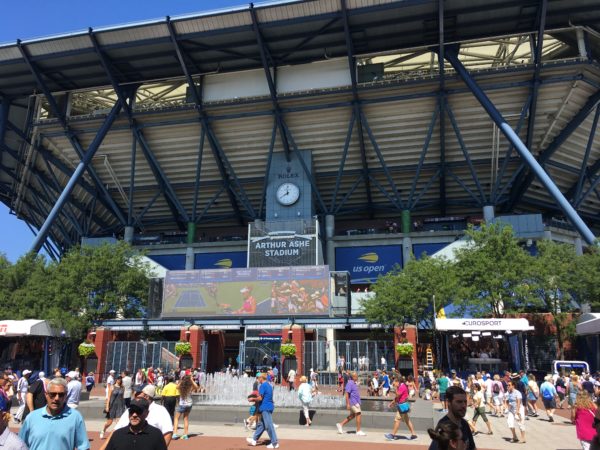 The photo below is inside Louis Armstrong Stadium, where I saw Naomi Osaka, number one women’s player, play a couple of games before her match was over. Then I stayed around to watch American, John Isner, play one set before I returned to Arthur Ashe to watch Simona Halep, current Wimbledon champion take on American, Taylor Townsend, who eventually won the very exciting three-set match. John Isner is the player on the left-hand side of the photo. 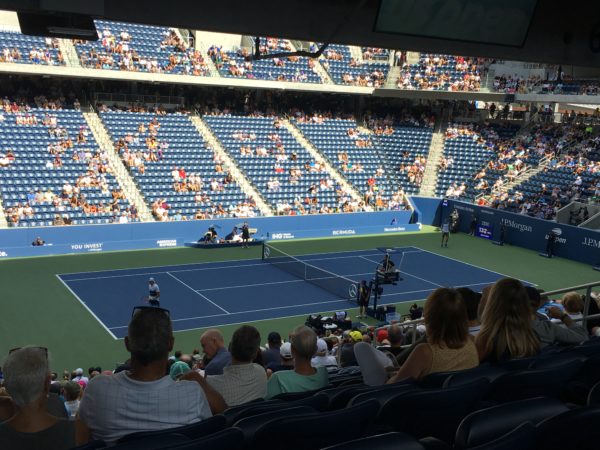 I took the photo below during the Halep-Townsend match. Halep is the one at the bottom of the photo. 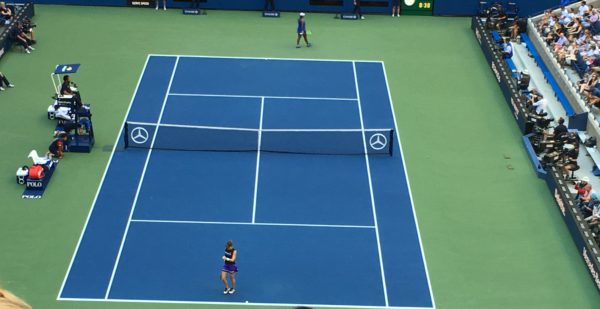 The weather was perfect for a day at the US Open, not too hot and not too cool. My seat was in the shade so I didn’t even have to apply the sunscreen I brought. I’m hoping I can go again next year.

You may be asking yourself what tennis has to do with contemporary Christian romance, and I have a link. In a tennis match the players hit the ball back and forth across the net until one player makes a mistake, either hitting the ball into the net or outside the lines of the court. In a romance I believe the hero and heroine are in a way sending their feelings on a back-and-forth journey. She loves me; she loves me not. He loves me; he loves me not.

I know some readers may not like it when the hero and heroine have that struggle with their feelings, but it’s the kind of romance I love to read and to write. The hero and heroine are constantly battling with themselves and their emotions over whether to give in to feelings for the other person that could possibly be all wrong for a variety of reasons. For me, that builds the romantic tension in the story just as in a tennis match where the ball goes back and forth, or the score goes back and forth.

In tennis a player must win four points in order to win a game. The points are scored 15, 30, 40, and game. If the game reaches 40 all or deuce, where both players have won three points, one player must then win two points in a row to win the game. In a deuce game, the points may go back and forth several times until one player finally wins those two points. The longest deuce game recorded at a tournament was thirty-seven deuces.

What you think about a reluctant hero or heroine debating with themselves about a new relationship?

I will give away an e-book copy of my novella, Second Chance Christmas, in which the hero is a tennis player, to one person who leaves a comment. I will draw the winning name at 9PM MST on September 13, 2019.

Also check out the books in my Front Porch Promises series. Book six is coming in November. 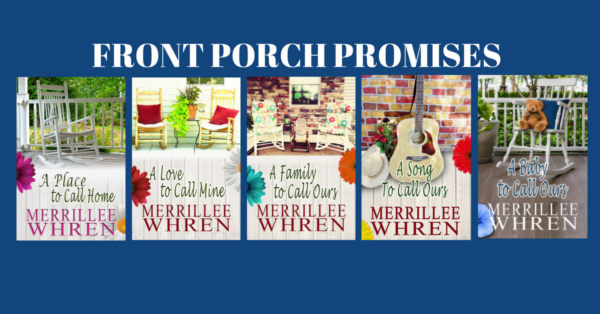