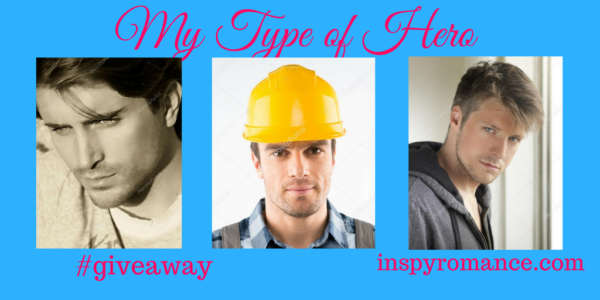 I used to prefer law enforcement and former military type of heroes when I first started writing (much like in real life). A silent, strong-willed, protective type, ready to shield the heroine and take a bullet for her. I also wrote about a private investigator, reformed type whose journey included admitting his mistakes and changing his womanizing ways.

Once I started writing contemporary Christian romance, I needed to expand my horizons in many senses, including finding new types of heroes. I wrote about a pro football player who went from dedicating his time to sports to renewing his faith, reconnecting with his family, and yes, finding love in Season of Miracles. I had to learn about football fast because I knew nothing about it!

I loved writing about Dylan McGregor in Season of Joy, who worked in construction and was raising his little son alone. Dylan also adopted a foster teenager to fulfil his father’s dream. Dylan is a down-to-earth guy who wears his heart on his paint-stained sleeve, and his steel-toed boots always walk a straight path. But the main thing, he loves God with all his soul. And he gives it all to the small-town community of Rios Azules and to his family. I think single fathers are unsung heroes because every day and every moment they face obstacles of raising children alone with courage and kindness (As this is a romance, of course Dylan would have someone to love him and his sons in the end).

When I started working on Season of Hope, the heroine, Kelly, was easy to write. The hero, on the other hand, turned out a challenge for both me and Kelly. Brandon was more flawed than any of my heroes, jaded, hurt, and a bit selfish in the beginning. His spiritual journey was slow, but I believe he did become a person capable of a selfless act, forgiveness, and overwhelming love.

Season of Hope was released on July 23rd, and here’s the blurb: 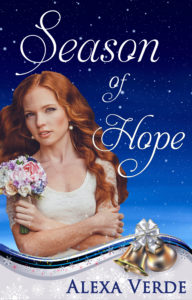 Kelly Young wants to heal after losing her husband and to raise her little girl the best she can in her hometown. But her new neighbor, former wide receiver Brandon Carmichael, seems to intend to demolish his fixer-upper and her hopes for peace and quiet. When he helps her to repair her home, keeps her flower shop business afloat, and makes her hope and love again, could it be that Brandon is exactly what she needs?
After a forced retirement, Brandon Carmichael is angry and lost, one step away from the familiar path of self-destruction. Moving to a small town at his friend’s suggestion, Brandon surprises himself by getting involved in its community and starting to fall for his pretty neighbor, single mom Kelly Young. But when his past collides with his present, can he forgive, love, and live fully again? 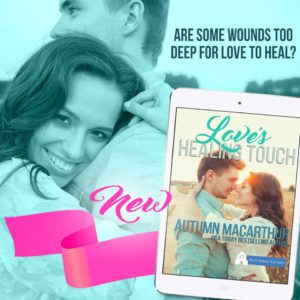 One of my favorite heroes ever is Adam in Autumn Macarthur’s new book, Love’s Healing Touch. Adam is a wounded warrior whose soul wounds are much worse than his physical ones. His story is one of the books that made me cry, but that much the sweeter was the ending that made me sigh blissfully!

When it comes to nationality and ethnicity, I had heroes with Irish, Russian, and Latino heritage. For my next book, I’m thinking of making my hero a teacher, with Russian or Polish heritage. And I want to try writing about a cowboy hero once, strong, hard-working, a man of few words. So now I don’t have a favorite type of hero. The main thing for me is that they love God with all their heart, soul, and mind. And that they are capable of forever kind of love for their soul mate.

What kind of heroes do you like? Is there a type you’d like to see more represented in romance?

I’m offering a giveaway to one randomly chosen commenter to this post: 1 Kindle copy of my new release, Season of Hope. The winner will be chosen by 9:00 am CST on August 5th.
I look forward to reading your comments!