I’m so excited to tell you that after months of planning and writing and editing, this week five Christian contemporary romance authors have released a sweet Christmas box set of brand new novellas. Frosting and Flurries contains five delicious Christmas romances — and who doesn’t love a good box of the sweet stuff? 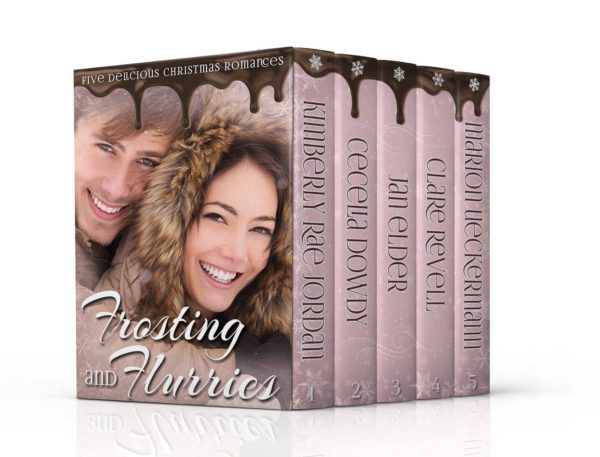 To get your taste buds watering, here’s what you’ll find inside. 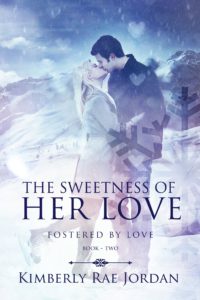 THE SWEETNESS OF HER LOVE BY KIMBERLY RAE JORDAN

James Dawson may have looked like the hero of one of the romances Erin Kirkland loves to read, but she quickly discovers that he is not the hero for her. After all, how can she have a happily-ever-after with a man who doesn’t believe in love or marriage?

Who would have thought that a visit to his grandmother’s favorite bakery to order a cake for her ninetieth birthday would end up causing James to re-evaluate his whole life? Certainly not James Dawson. But following their rather disastrous first meeting, James is determined to show Erin that he is a better man than she’s first judged him to be.

Erin doesn’t want to friend-zone James, but she’s not sure she can trust that the changes he’s making will be permanent. Can someone really go from totally dismissing love and marriage to embracing it so quickly? 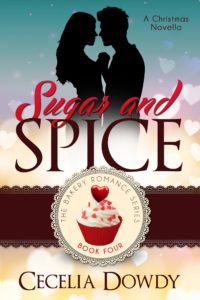 SUGAR AND SPICE BY CECELIA DOWDY

Sheila Parks is stunned when Mason Smith, the identical twin brother of her ex-boyfriend Reese, moves to Blue Spring and opens a bakery. Reese’s cruel breakup still bothers her and seeing somebody who looks just like him is a painful reminder of her predicament. Unemployed, Sheila needs financial help and it appears that Mason can assist her with her problem. Can she learn to trust a man who looks just like her ex?

Mason is stunned when Sheila storms into his bakery, mistakenly thinking that he’s Reese. Mason is used to comforting his womanizing brother’s ex-girlfriends. A stutterer, Mason has always had a hard time socializing with others. However, he finds himself smitten with beautiful Sheila. Can he control his stutter so that he can ask Sheila to be his date to his grandmother’s Christmas birthday party?

Both Sheila and Mason deal with past pains as they work together during the Christmas season. 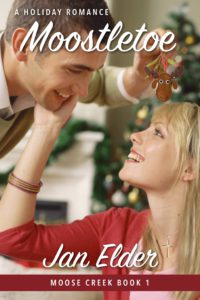 Fresh out of divinity school, Rev. Samantha Evans is ready to conquer the world for Christ. She lands in Moose Creek, Maine, a tiny backwater town with more moose per square mile than men. Even worse, one of her new parishioners chews up new ministers for breakfast, and he’s hell-bent on sending her packing.

Forest ranger Eric Palmer is done with women. Determined to live simply with no encumbrances, he’s moved to Northern Maine to study the moose population. With Christmas right around the corner, he runs into his buddy, Sammie, the girl who’d been his best friend when they were teenagers. Unlike most of the women in his life, he trusts her implicitly. But could she ever be more than a friend?

When Samantha’s career is on the line, Eric must save her job and rescue his own shattered heart in the process. But how does Matilda the town moose factor in? 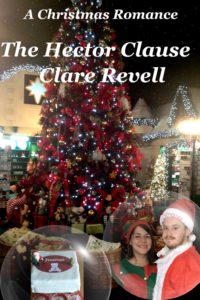 THE HECTOR CLAUSE BY CLARE REVELL

The last thing Brie Dalgleish expected her boss to do was ask her to play an elf in the toy store grotto. She’s even less enthusiastic when she discovers Santa is the same bloke who drove his car through a puddle the previous evening, completely soaking her.

Hector Clause is playing Santa in the family owned toy store under sufferance as a favor to his grandfather. He’d rather be in a nice safe office, using his law degree, than playing Santa in a shop full of squealing kids. Even if the chief elf is on the cute side.

With the store’s centenary fast approaching, the anniversary party is abruptly cancelled. Hector resolves to celebrate anyway, but isn’t prepared for the curveball he finds headed his way. 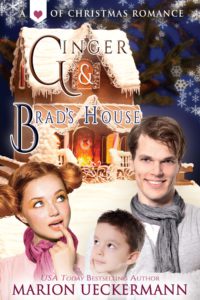 While Ginger Murphy completes her music studies, childhood sweetheart and neighbor, Brad O’Sullivan betrays her with the new girl next door. Heartbroken, Ginger escapes as far away as she can go—to Australia—for five long years. During this time, Brad’s shotgun marriage fails. Besides his little boy, Jamie, one other thing in his life has turned out sweet and successful—his pastry business.

When her mother’s diagnosed with heart failure, Ginger has no choice but to return to the green grass of Ireland. As a sought-after wedding flautist, she quickly establishes herself on home soil. Although she loves her profession, she fears she’ll never be more than the entertainment at these joyous occasions. And that she’s doomed to bump into the wedding cake chef she tries to avoid. Brad broke her heart once. She won’t give him a chance to do it again.

A gingerbread house contest at church to raise funds for the homeless has Ginger competing with Brad. Both are determined to win—Ginger the contest, Brad her heart. But when a dear old saint challenges that the Good Book says the first shall be last, and the last first, Ginger has to decide whether to back down from contending with Brad and embrace the true meaning of Christmas—peace on earth, good will to all men. Even the Irishman she’d love to hate. 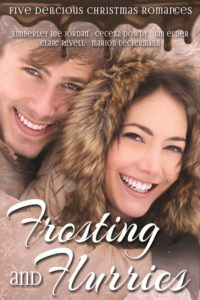 I’m giving away an eCopy of the Frosting and Flurries box set to one lucky reader who leaves a comment this week.