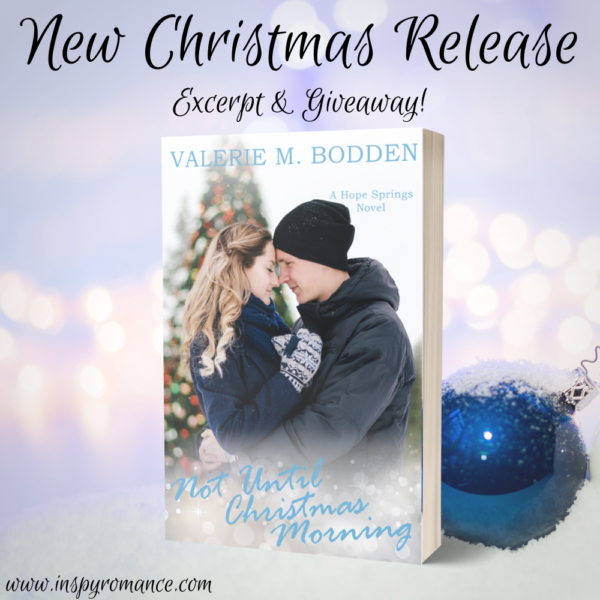 It’s release day for Not Until Christmas Morning, book five in my Hope Springs series! I have to say, I love writing in general, but I really love writing Christmas books. One of the best “side effects” of writing this book is that I’ve been in the Christmas mood for a couple of months already. So when I had to imagine the perfect Christmassy date, I had so much fun! My advance readers have been loving this scene, so I just knew I had to share it with you. I have to admit, if I could climb into the pages of a book (oh, wouldn’t that be lovely!), I would definitely go here.

“Come on.” He tugged her toward the far side of the barn. A jingling reached her ears before they got there, followed by the soft nickering of a horse.

“Is this— Are there—” Leah’s mouth fell open. He couldn’t possibly have known. She swiped a gloved finger under her eyes.

“I’m sorry.” Austin’s face fell. “I should have asked if you liked— I wanted it to be a surprise, but we can leave if you don’t want—”

She tightened her grip on his hand. “It’s not that. I love sleigh rides. When I was a little girl, my dad started taking me on one every year, just me and him. Last year was the first year I hadn’t been on one in probably twenty-five years. I really missed it, and . . .” She swiveled to take in the trees, the velvet of the night sky, and the man standing next to her. “And it’s perfect. Thank you.”

He let go of her hand and wrapped his arm around her shoulders instead, hugging her close to his warmth. “I’m glad you like it.”

She could only nod, breathing in that warm scent that always said Austin to her.

A sleigh pulled by two beautiful black horses—one with a white patch over its eye—stopped alongside them, and the woman driving it invited them to step up.

Austin’s hand moved to the small of her back as he helped her into the sleigh, then followed her up and slid onto the seat next to her. He unzipped his jacket to reveal a red plaid blanket, and she laughed as he tucked it around them.

“What other surprises do you have in store?”

But he only smiled and held her closer as the horses set off, their bells jingling merrily.

She relaxed in Austin’s arms as the sleigh slid into a wooded area. With the tree branches glittering above them, the snow shushing beneath them, and a few snowflakes dancing around them, it was like a scene from a painting.

When Austin had asked her on a date, she’d pictured dinner at the Hidden Cafe. Not a moonlit sleigh ride. Thank goodness Austin had a more romantic imagination than she did.

She sighed, completely content, and he leaned over and pressed a kiss onto the top of her head. “You like it?”

She nodded, her head rocking against the firm muscles of his arm.

Too soon, the sleigh slowed, and Austin helped her down. She tried not to show her disappointment that the ride was over already.

But as her feet hit the ground, she realized they weren’t in the same place they’d started. “Wait. Where are we? Where’s the barn?”

Austin steered her toward a trail lined with small lanterns. “Let’s take a hike. There’s a surprise at the end.”

“Another surprise?” Leah let herself be led along, her gloved hand tucked into his. In spite of the cold, she’d be happy to stay out here all night.

But after a few minutes, they came to a bend in the trail.

Austin pulled her to a stop. “Close your eyes.”

“What?” She spun in a circle, but there was nothing to see here aside from more trees. “Why?”

She nodded and closed her eyes. She did trust him.

He wrapped a hand around her elbow, leading her forward. They walked like that for maybe fifty yards—it was hard to judge with her eyes closed—before Austin told her to open them.

“What was that all— Oh.” She pressed her hands to her cheeks.

In front of them was a small village of glass-enclosed gazebos, each lit by strings of Christmas lights, each with smoke puffing out of a chimney on top, each with a single couple inside, seated at a candlelit table.

“We’re in that one.” Austin pointed to the left, toward an empty gazebo with white fairy lights strung across the ceiling and a flame dancing in the fireplace.

“What is this place?” Leah gazed around in wonder. It was like they’d been transported to some sort of winter wonderland.

***
What do you think? Don’t you just want to have dinner in one of those gazebos? The funny thing is, I don’t know where this setting came from (other than my imagination!). I don’t know of anywhere like this in real life. But if a place like this really exists, someone should let my husband know so he can take me on a date there!

Here’s a little more about the book: 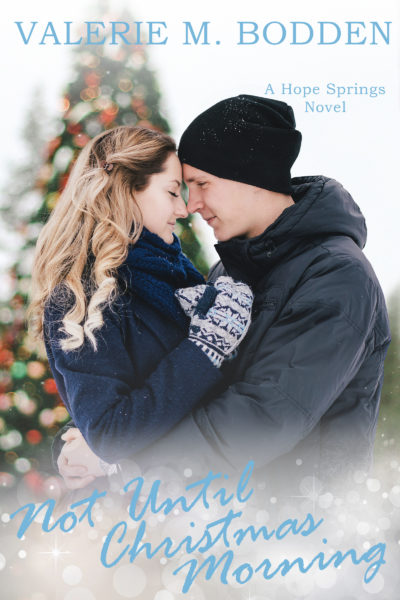 She’s a fixer… He’s about as broken as they come… Can they learn to turn to God for healing and hope this Christmas?

Leah has always been a fixer. That’s why she decided to foster a troubled teen. And it’s why she’s determined to give him the perfect Christmas. It might also be why she feels compelled to reach out to her grinchy, reclusive neighbor Austin. But she’ll have to be careful that reaching out doesn’t turn into something more—she’s been hurt by crossing the line from friendship to romance once, and she’s not willing to let it happen again.

After losing his leg, his friend, and his faith in Afghanistan, Austin figures he’s about as broken as they come. For Austin, Hope Springs is simply a stopping point—a place to rehabilitate his leg, get over the burden of his PTSD, and get back into shape to redeploy. He has no desire to get to know anyone while he’s here, least of all the meddlesome—if sweet—woman next door. But when she calls on him to help her make Christmas special for her foster son, something compels him to relent. Soon, his heart belongs to both of them.

But what if Austin is too broken for even Leah to fix? Can the two of them learn to turn to God for hope and healing—and maybe even a chance at love—this Christmas?

Right now, you can grab a copy of Not Until Christmas Morning for the special release price of 99 cents (or free to read with a Kindle Unlimited subscription)!

If you could crawl into the pages of a book, what book would it be? One person who comments by December 19 will win an ebook of Not Until Christmas Morning.