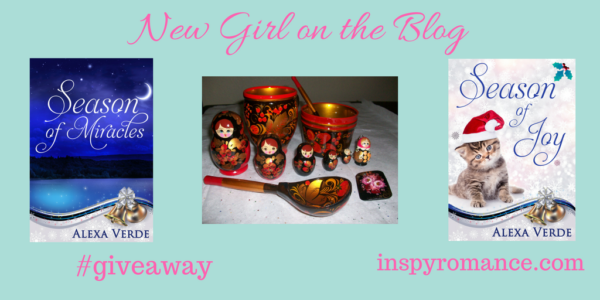 I’ll start by confessing that this is my first post at Inspy Romance, and I’m humbled, happy, and a little scared at the same time, as if it were my first day at an exciting new job. I look forward to getting to know everyone here.

I penned my first literary masterpiece (a rhymed poem) at the ripe age of eight, have over two hundred works (articles, poems, short stories) published in the five languages that I speak, and have published five books to date.

I’ve lived in both hemispheres, traveled to several European countries, and currently live in south Texas, where there is a heavy influence of Latino culture. It’s no surprise that I love writing about American characters with different cultural backgrounds, be it a Russian heroine, Irish heroes, or Hispanic characters. My upcoming release, Season of Joy, features a travel journalist heroine with Argentinian ancestry (Season of Joy releases on March 23, but here’s a link to pre-order it). Here’s an excerpt from my book, Season of Miracles, which has a Hispanic hero.

Lana briefly paused to wipe off her sneakers and rushed inside. In her haste, she tripped over the threshold and 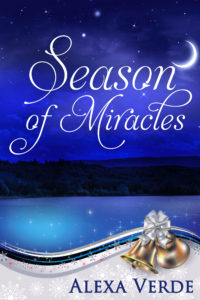 flew forward. Her bag went in one direction, her glasses in another one, as she was about to end up face first on the floor. Unable to prevent the fall, she braced herself. She just hoped her medical supplies bag didn’t hit her poor patient.

Strong hands steadied her, and she found herself against a firm, broad chest. Inhaling a woodsy scent, she looked up into deep hazel eyes.

It took a moment for her breathing to even out. She assessed the damages. The man was holding her with one hand and her bag with the other, and judging by the bulging muscles, he could probably lift three of her without any effort. Her glasses did fall on the floor, but thankfully they didn’t break, and no parts of her body connected with the hard surface.

“Are you okay?” He sounded concerned.

“Yep,” she squeaked. “The only thing that’s hurt is my dignity.”

He chuckled and released her, probably thinking that by now she was steady on her feet. She wasn’t so sure. 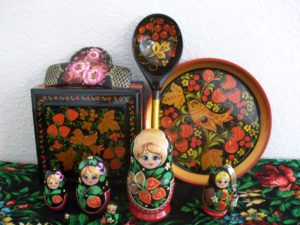 All my books are set in a fictional small south Texas town, Rios Azules, but I also want someday to write a book with American characters set in Poland, Russia, or Belarus. I remember walking on the pedestrian streets of a Belarusian town, with a slight chill from the cool air and a fear of getting lost; the taste of borscht (beet soup), draniki (potato pancakes), and the pie with rich, dark, hand-made chocolate (and yes, I still know how to cook them); the rough feel of birch bark under my fingertips, and the scent of foliage while picking mushrooms in a nearby forest… I still have sets of matryoshkas, Russian hand-painted wooden nesting dolls, a metaphor for human nature: one has to open many layers before getting to something solid…

But I hear settings in those countries are not popular. Would you read a book like this? I’d love to hear your opinion. Do you like reading about different cultures? Is there a culture, ethnicity, or character’s nationality you like to see featured more in romance novels?

I’m offering a giveaway to one randomly chosen commenter to this post: 1 Kindle copy of my book Season of Miracles and a $5 Amazon gift card (the giveaway is limited to those with an amazon.com account). The giveaway will end at 12 am on March 17th.

I look forward to hearing from you!