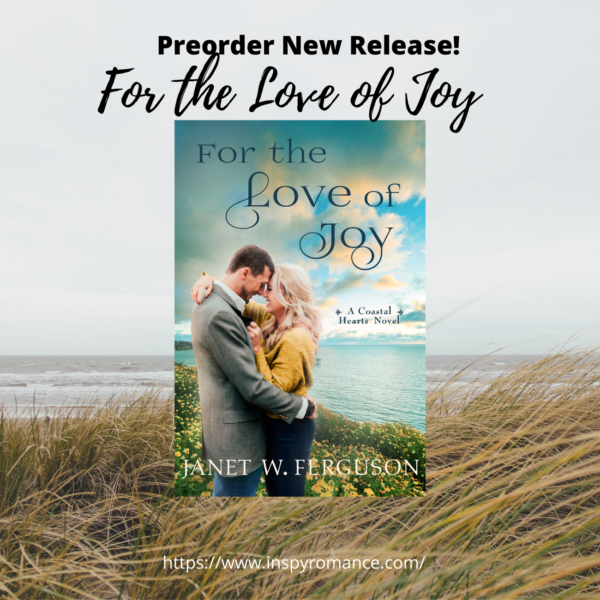 New Release! Preorder For the Love of Joy!

I’ve finally finished the romantic comedy For the Love of Joy! When I started writing in January, I had no idea it was going to be such a weird year with floods, diseases, hurricanes, and politics.

Yet, God’s still in control, and maybe some of us need a good laugh. I know I did! They were fun characters to write.

The novel is set in Georgia—both the fun-but-ugly-traffic city of Atlanta and the quaint beach town of St. Simons. The characters hail from my home state of Mississippi originally. While they met in the suburban area near Jackson—where I live—Joy is a pure country girl, raised on her family’s large farm out in the country. And they both have an abundance of sass and quirky Southern colloquialisms.

Here’s a little about the story.

Is he married or isn’t he?

Years ago, a Dear John letter and then an IED explosion overseas rocked Davis Donnelly’s world and left him unclear about his marital status. He’d signed divorce papers, but broken mentally and physically, he’d never bothered to find out if his marriage actually ended. Now that he’s about to start a new position as an outreach minister, it’s time to settle things once and for all. At the moment he tracks down his wife—or former wife?—she takes a tumble while chasing a little boy. Her son. And that’s when life flips upside down.

Joy Jennings Donnelly made her share of mistakes. But one thing she never considered a mistake was her child, and she’ll do anything to protect him. Even keep his paternity a secret.

When she’s suddenly injured with not a soul to help her or her son, Joy is forced to rely on the man who has the most reasons to hate her.

Get your copy while it’s discounted to only 1.99! Amazon

BTW: The first book of the Coastal Hearts Series, Magnolia Storms, is on sale for 99 cents! Amazon