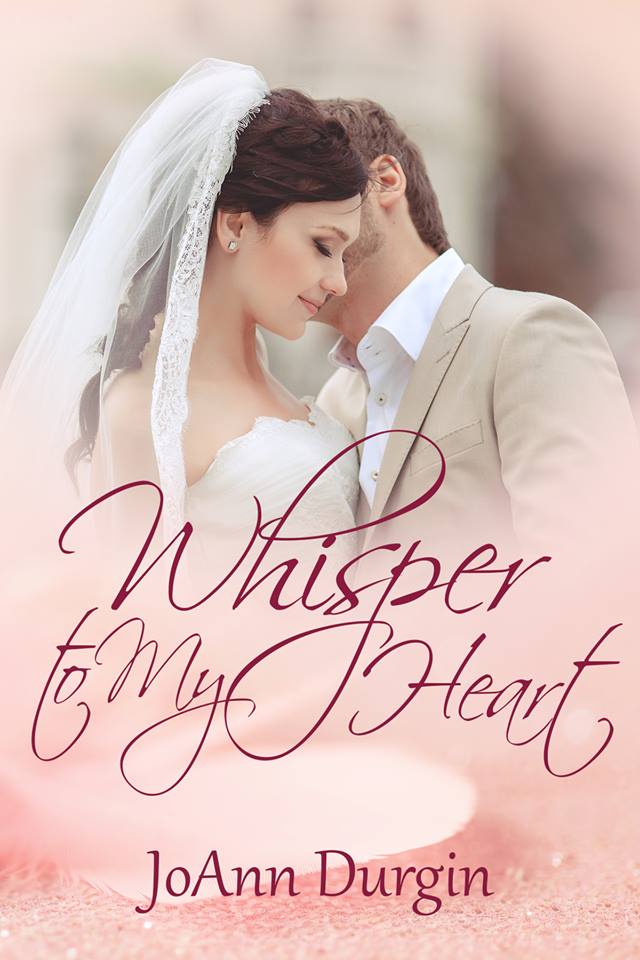 Release time is always exciting for an author, and any day (quite literally), I’m releasing Whisper to My Heart. This will be my 20th book since my debut novel released in late 2010, and it’s been quite the ride!

I love book covers that entice a reader to get to know the characters and their unique journeys! This is another cover where I immediately knew I must write the story (designed by the same designer as my recent release, Gentle Like the Rain). As with many of my books, the title of this book holds more than one meaning for the characters, and I like to believe this element adds a layer of richness and depth.

My heroine in Whisper to My Heart, Annalise (Anna) Redmond, is a New York-based classical concert pianist and former child prodigy who trained at the well-known Juilliard School in Manhattan. My hero is Weston Galloway, an Atlanta native and former firefighter who now works in construction.

Forgiveness, faith, family, and redemption are the focus in many of my novels. You’ll find them all in this new book as well as an exploration of the importance of purity in mind, body, and spirit. Weston is involved in a ministry based on Psalm 51, verse 10: Create in me a clean heart, O God, and renew a steadfast spirit within me.

I adored writing Anna and Weston’s story and how these two seemingly opposite individuals find  one another while they’re both in little Darling, Georgia. Anna’s quirky sister and brother-in-law, multi-faceted coworkers, and humorous townspeople add even more dimension and fun. It’s a tale of how our lives can impact others in ways we may never imagine, and vice versa. A story of finding love in sometimes unexpected ways and places. Whisper to My Heart is a stand-alone novel, but with me, you never know when I might revisit a town or certain characters. I always seem to find a way of leaving the door open to the possibility of a return trip!

One aspect of writing I’ve come to appreciate and enjoy tremendously is research. I’ve studied geographical locations, artists, musicians, mineralogists, jewelry designers, ballerinas, pedicab operators, hymn writers and lyricists, and many varied subjects in the past few years. For this particular book, I researched piano technique, warm-up exercises (and the life of Carl Tausig who developed the exercises used by many concert pianists), habits, and the life of a professional concert musician. I also researched what traits and skills are important in construction, as well as many aspects related to living in Georgia (Darling is a fictional town located 100 miles southwest of Atlanta). I like to find ways to incorporate what I learn into my books so that my readers will feel and experience it along with the characters.

I want my books to reflect the time, effort, and care I pour into them. That’s my responsibility to the reader, and it’s my privilege and honor to bring you a unique story with each new novel.

Below is an excerpt from the first chapter of Whisper to My Heart. I’ll confess that I haven’t written the blurb yet since that’s usually the very last thing I write before a book’s release. I’ll be giving away two ebook copies of Whisper to My Heart! To qualify, you must leave a comment responding to this question by midnight EST this Sunday, August 28th:

Is there an occupation for a hero and/or heroine that you haven’t seen much of (or at all) in a contemporary Christian romance and would like to see?

I’m waiting to hear your answers! Winners will be announced next week.

Here’s that promised excerpt from the beginning of Whisper to My Heart. As you read it, I hope you might wonder why a world-class musician is working in a small-town diner…

Anna cringed, waiting for the inevitable crash. The accident couldn’t have been prevented. Not really. She’d tripped over a child’s forgotten toy, sending that stack of slippery plates flying. Slapping her hands over her face, she waited for the impending wrath of Roz the Terminator.

Her first mistake? Rinsing her hands and then forgetting to dry them before bussing tables. Who knew there’d be so many details to remember? She’d thought this job would be easy. How could people do this for a living? After only three days on the job, she should turn in her apron and acknowledge the truth—she was a terrible waitress.

Wait a second. No crash. Only the sound of clattering, not shattering, plates. And people were…clapping?

Splaying her fingers wide, Anna dared to peek. One of the construction guys who’d been sitting in the back corner booth—Weston, apparently—crouched in front of her. He attempted to stabilize the stack of wobbly plates in his hands while his comrades whistled, stomped, whooped, and hollered. Appearing unsteady, his forehead creased with a deep frown.

Anna wanted to tell his cronies to pipe down their rowdiness in case it made Weston nervous, but they probably wouldn’t listen. She glanced at the floor. Surely she’d missed one of the plates falling in the midst of all the loud cheering? Nope, no shards lay scattered across the hard floor. How had he managed to corral them without any casualties?

“Let me help you.” Anna started forward but then hesitated. On second thought, that wasn’t the best idea since she seemed especially clumsy tonight. Who knew what chaos she might create? They’d probably both end up on the floor. That’d be interesting but would solve nothing.

“No problem. I’ve got them.” Weston’s focus didn’t waver, and he’d captured the attention of everyone in the diner. A slow grin spread across his face as he cautiously rose to a standing position—six feet or thereabouts of controlled muscle in a white but dirt-covered T-shirt and worn jeans. His light brown beard was neatly trimmed and curls peeked out from the bottom of his backwards Atlanta Braves cap. Cute guy.

Anna clapped with the others as Weston moved to the front of the diner and carefully deposited the plates on the counter. The other waitress, Candee, scooted beside her and leaned close. “Let him be your hero for the day.” She patted Anna’s arm and winked. “Every gal needs one of those. And every man wants to be one.”

“I’ll keep that in mind.” Walking over to the counter, Anna gave him a weary smile. “Thank you for saving my job. At least for now.” They were only plates. She shouldn’t even care. But for some inexplicable reason, she did.

“Welcome. You looked like you could use some help. Glad I came in, well…handy.” Weston shot a disparaging glance at his clothing. “As you can see, nothing’s going to make me dirtier than I already am.” He lifted his baseball cap and scratched the side of his head. “Okay, that didn’t come out right.”

Maybe not, but she liked his deep, charming southern drawl. Baby blue eyes, offset by tanned skin, settled on her. “I’m Weston Galloway. And you are?” She appreciated how his gaze didn’t dip south of her name tag. In spite of how he was dressed, and the somewhat rough-cut company he kept, Weston seemed like a gentleman.

“I’m Anna. Anna Redmond. It’s nice to meet you.” Was it wise to give him her last name? At least she’d only given him the shortened version of her first name. The odds were against Weston recognizing her name or knowing who she was.