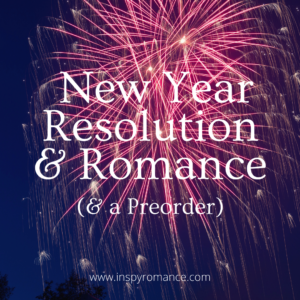 Amid all the rush and tinsel of Christmas it can seem a little odd to be thinking about New Year’s. But for me, a lot of my attention this year has been focused on what’s happening at the end of the year. Why? Because next week sees the launch of my first independently published book, the first book of a brand new contemporary romance series, The Breakup Project. Hooray!

I’ve had nearly a dozen historical books published, and with the release of Reclaiming Hope earlier this month, I’ve now had three contemporaries released, but venturing into indie-land has been eye-opening in many ways. I’ve learned a lot, been stretched a huge amount, and been SO thankful for my fellow author friends who have encouraged me and shared their wisdom along the way. And now, to think we’re almost ready to release Bree and Mike’s story to the world, well, it’s a dream (literally) come true.

The Breakup Project came about because of an editor’s comment after reading my very first book (Love on Ice) which I wrote back in 2010. That book focused on an Aussie short track skater (Holly) and an ice hockey player (Brent) and the challenges of sustaining a long distance relationship on their way to the Winter Olympics (and it’s finally releasing next year – just in time for the Winter Olympics!). My editor suggested that Brent’s twin sister Breanna could have a story, which is where my ever-busy brain started imagining how she and Brent’s best friend could get together. Her New Year’s resolution not to date hockey players stems from wanting to be seen for herself, to not be passed over in preference for her sibling, which is something we all want, isn’t it? And I don’t know about you, but I’ll admit that I struggle with keeping my resolutions, so you can imagine how fun it was to create a story with a character who is challenged by this, too. 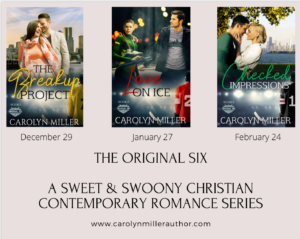 Part of the fun of a series is trying to think of how to link the different stories, which becomes more challenging when you can’t be based in one setting. The Original Six series is based on the locations for the NHL’s original six teams (Boston, Detroit, Chicago, Montreal, New York and Toronto) so I needed something to link each book. The first two books obviously had the siblings as a link, but beyond that I was stumped. Until in a moment of utter God-provision, I discovered that there is an online Bible study group for pro hockey players. Suddenly I had my answer, so we have 5+ Christian guys who play for famous hockey teams (don’t worry – there’s way more romance than sportiness!), each searching for their ideal woman. Hello, romance series!

I loved incorporating some of my travels into this story, so if you’ve lived in or been to Boston, then I hope you’ll enjoy seeing some references to places I’ve seen too. (If you’re really keen, you can check out the pictures on my website where I’ve got travel pics for all the places where the Original Six romance books are set. Website link in bio below.) I also enjoyed sprinkling some of my Regency love in this book too, so if you’re a fan of Mr Darcy, I hope you’ll appreciate spotting those references along the way, too. 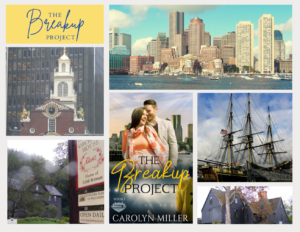 But one of the best things about writing The Breakup Project was shining a spotlight on a real missions organization, Mission Possible for Future Generations. Good friends of mine began this Philippines-based ministry, and I wove a number of real-life experiences and miracles into the story, things that have happened on various ministry trips to my husband and others we know well. Being able to focus on such things really gives some deeper heart to this romance, which early readers have loved.

Want to know more? Okay then, here you go! 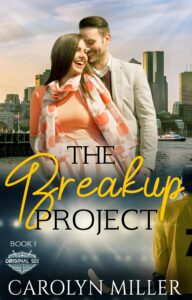 As the twin sister of hockey’s hottest forward, romance-loving Bree Karlsson is used to being ignored, leading to a New Year’s resolution to not date any athlete in her attempt to find Mr. Right. But what happens when the man who might prove to be her personal Mr. Darcy is her brother’s hockey-playing best friend?
Mike Vaughan might be happy playing in Boston, but he’d be even happier if Bree could one day see him as more than a good friend. He agrees to help Bree with a special project in the hope she’ll finally see him as something more. But when a misunderstanding ends in a Valentine’s Day disaster, Bree realizes that her breakup project may have broken her friendship with Mike in two. Can she ever redeem her mistake?
This friends-to-more romance has plenty of heart, humor, and swoon-worthy kisses in this first book of the Original Six, a sweet, slightly sporty Christian contemporary romance series.

Sounds fun, right? The special preorder price is available now on all retailers. Happy reading, and happy Christmas to you all!

Now over to you:

Have you been to Boston, or any of the other Original Six locations? Are you a New Year’s resolution-maker (and if so, do you keep them)? Have you gone on a missions trip that changed your perspective? Sharing is caring! Let’s chat!