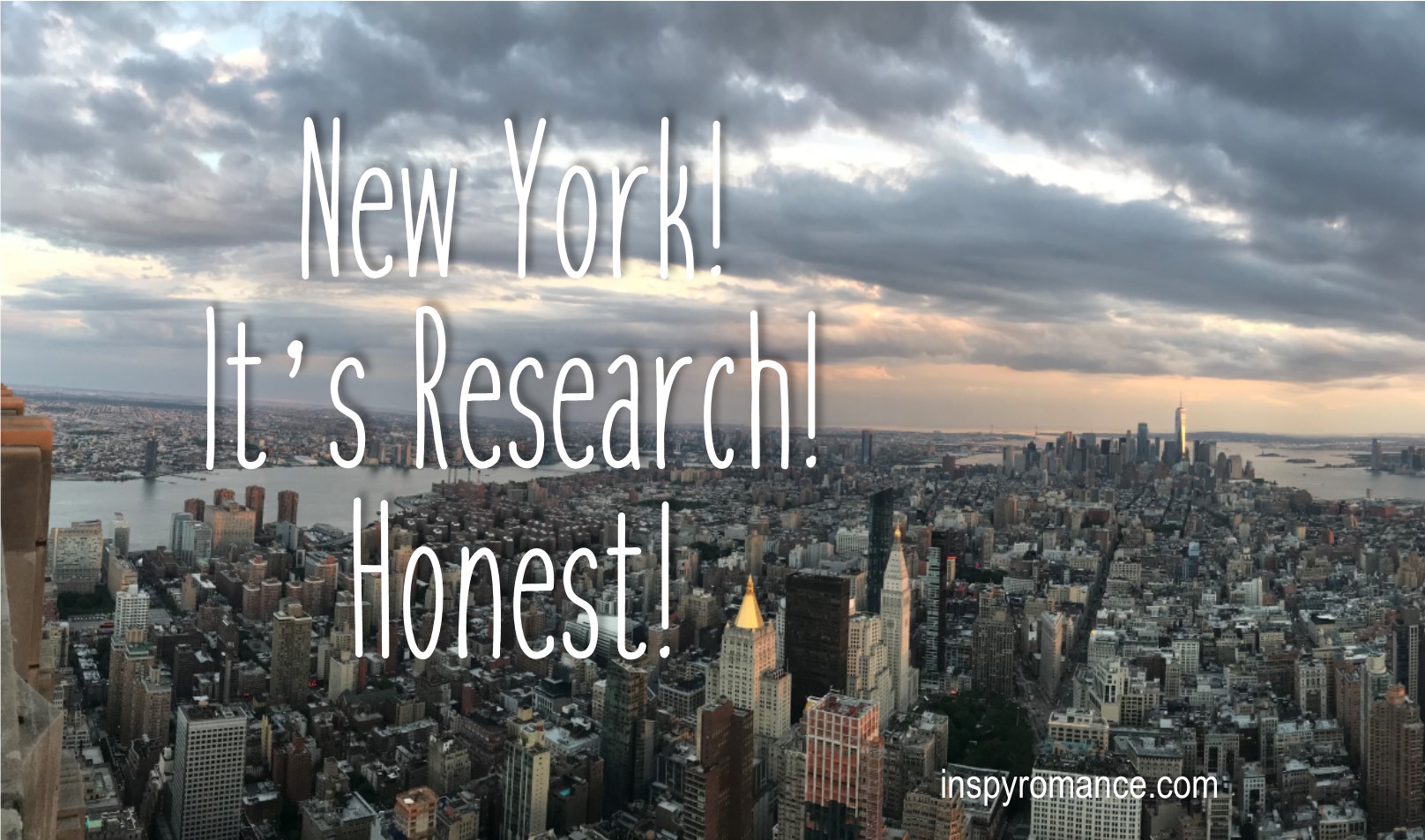 As writers, almost anything can be considered research. Some things are a little more of a stretch than others (like the cruise my family went on last year… the accountant didn’t buy that one… :p).

But a couple weeks ago, I went to the Big Apple with my daughter’s school. Sixteen of us (two teachers, me, and thirteen students or recent graduates) traveled from Southwest Missouri to New Jersey and Manhattan for a few days. Really, from the time we disembarked the shuttle taking us from the airport to where our group waited for us to the time we got back on the shuttle bound for home, it was only about 96 hours. 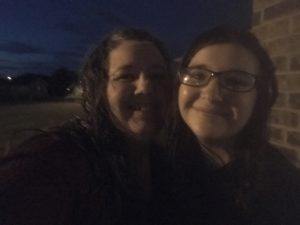 It was a Broadway and the Arts trip so that informed some of what we did.

And happens to tie in nicely with a planned book in the Serenity Landing Tuesdays of Grace series!

So what all did we do?

Our first night we visited the Empire State Building. 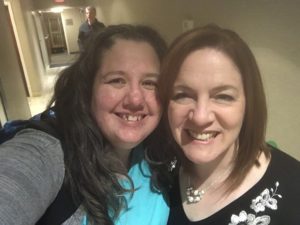 Our first full day was spent in Q&As and workshops. The kids got to talk with Katie Ladner, a member of the ensemble in the Broadway production of Wicked. (We were with two other groups for a total of 40ish people.) After that, our bus driver sideswiped a car… (everyone was fine – minimal damage to both and not really sure it was his fault). Then came lunch followed by an improv workshop with Lou Liberatore. Some of those kids were hysterical! Next up was a tour of Radio City Music Hall which was great fun! We had a fantastic guide – and saw Bruce Springsteen rehearsing for the Tonys! The rest of the group went to see Sponge Bob, the Musical, but I had no interest in that so I hopped a train back to Jersey (where our hotel was) and spent a couple of hours with Ronie Kendig instead. 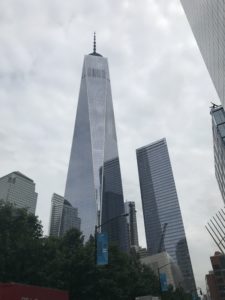 The second full day was an emotional one. Our first stop was the Wall Street bull followed by the 9/11 Memorial and Museum. We didn’t have nearly enough time in the museum but I’ll be back in November (my oldest kiddo gets to march in the Macy’s parade the next two years as part of Macy’s Great American Marching Band!!!), so I’ll take my time then. After lunch, we were off to see Lady Liberty and Ellis Island (also not enough time at either one of those…). Dinner was on our own. About half our group walked about a mile to Ellen’s Stardust Diner (including my kiddo). She said it was totally worth the price tag (at least once anyway!) – I was happy with my two slices of pizza and a soda for 2.75 ;). It was right around the corner! We found 15 postcards for $1 and I loaded up on them! 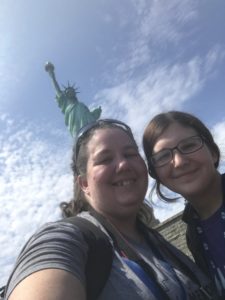 The first stop on day three was the Lincoln Center, where we toured three theaters – opera, ballet, concert. We meandered through Central Park for a bit then found a couple of cart food vendors for lunch. After lunch, we had about 90 minutes to spend at the Met. Also not NEARLY enough time. I think several days would be required to see it all! Then we headed to dinner followed by Beautiful, the Carole King Musical. The night we were there was Melissa Benoist’s second night as Carole King (she’s Supergirl on CW most of the time). It was fantastic – though my kiddo wasn’t feeling well for most of it, which detracted some for me. 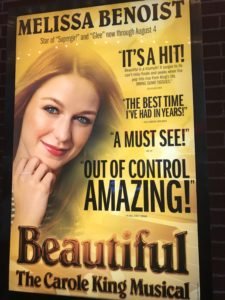 On our last day, we headed to Washington Square Park and Greenwich Village. Yes, we saw the Friends apartment! (Seriously – one of the highlights ;).) American Airlines somehow managed to get all 16 of us rescheduled when our original flight was delayed. If we’d missed our connection, we would have spent the night in Chicago and getting 16 people on a new flight into Springfield wouldn’t have been easy – most of the planes only carry about 45 people to start with…

At some point in there, we saw a pro Palestinian rally and Trump Tower, complete with armed Secret Service*. 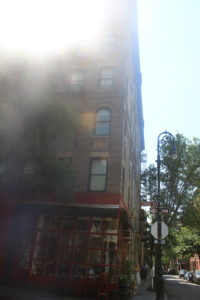 It was great research for two things: that book I mentioned and my two return trips over Thanksgiving the next two years. Some stuff I want to do again and take my time. Some things I want to make sure my kids get to do when they go in 2019 (even if just so they can say they did it). Of course, there just might be a Christmas novella (or two) centered around a fictional version of the parade – which makes those trips research too ;).

It wasn’t a vacation in the relaxing sense, but it was nice to get away for a few days. What’s your most recent get away? If you were (or are) a writer, how could you have counted it as research?

If you’re not signed up for my newsletter, be sure to do so! There will be a couple more pictures in the next one (coming out in a couple weeks) – along with a super secret, super special thank you for subscribers!

*Please no politics. Simply reporting what I saw.