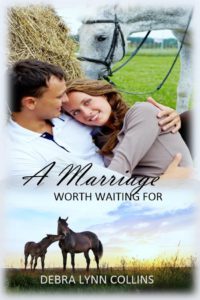 He’s a confirmed bachelor and plans on keeping it that way. Will she be able to change his mind and win his heart?

Back cover blurb: Anslee Ryan’s living her dream. Dream life. Dream job. Dream boyfriend. Until the dream comes crashing down around her. With no good options, she decides to move back home to Trinity, Alabama to nurse her broken heart and figure out where to go from here. But in her absence some things have changed drastically including some additions to the town she doesn’t remember from her first time around. Can she navigate this new landscape and keep her heart from being shredded once more?

Wade Haston hasn’t had life any easier. His first love is now married, and the grandmother who raised him no longer recognizes him. Hurting and very much alone, he has decided that love is a one-way street to getting your heart shattered. However, when a beautiful former Trinity resident shows up, his commitment to being a “confirmed bachelor” might be harder to stick to than he thought. Love always sounded so easy, but he’s no longer sure love is even worth it. Can he convince her, much less himself, to give love a second chance, and if he does, will he just end up where he started?

For those of you who haven’t read A MARRIAGE OF CONVENIENCE. Here’s Book-1 in this series. 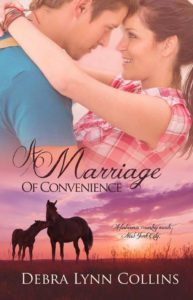 A Marriage of Convenience was my debut novel, so it was hard to say good-bye to my characters when I had to typed, The End. I’d spent SO much time with them. I cried with them, I laughed with them, and some times I even got a little angry with them. But I really missed all of them when the story ended.

However, I was able to spend a little time with Lily and Bryce and all the others again while I was writing, A Marriage Worth Waiting For. For me, it was like visiting some old friends :)

Do you feel the same way when reading the next book in a series?

To celebrate my newest release, I’m giving away (not one, but two) ebook copies of A MARRIAGE WORTH WAITING FOR. Please leave a comment before August 27 for a chance to win!