I’m so pleased to introduce Teresa H. Morgan. Teresa and I were critique partners years ago, and I had the privilege of critiquing this story. For those of you who enjoy time slip stories, you won’t want to miss this one. Please tell us about your story. 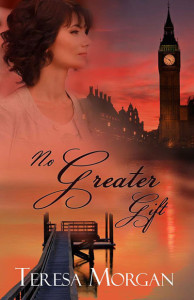 Grace Ryan works to untangle clues left by her late grandparents—clues involving a WWII conspiracy that could tear her family apart.

History professor Grace Ryan returns to her hometown expecting to help her grandmother turn her journals and memories of WWII into memoirs. She arrives to find her grandmother being loaded into an ambulance. When she begs Grace to find the truth about a decades-old crime, whispers the word treason, then slips away forever, Grace is left to separate fact from fiction. Then, an unwelcome inheritance strikes at her already fragile family bond. Though God’s voice seems silent, He sends someone to stand in the gap for her.

Erik Peterson, unjustly accused of infidelity, suffered through an unwanted divorce and the loss of his children’s love due to his former wife’s bitterness. A physicist on sabbatical, he agrees to help Grace dig through her late grandfather’s scientific papers. As he struggles to win back his children’s love, he and Grace are catapulted into a quagmire of truth and lies that could destroy any chance at a future love or happiness.

What inspired No Greater Gift?

The story began as a writing prompt from a book of writing exercises. I played with the characters while I was finishing another book. I knew that Grace desperately wanted a closer relationship with her father, and that Erik was desperately trying to win back his children’s love after an unwanted divorce. Much of my work deals with the reconciliation of relationships within the family and a character’s journey from brokenness to wholeness.

Do you have a favorite scene and would you be willing to share a snippet of it here.

When her father stood, she tuned out Marshall’s voice. Her father brushed Marshall out of the way and stepped in front of her. Deep hurt, anger, and disillusionment showed in every feature of his face. “I would never have believed you capable of such betrayal.”

Her voice rose further. “You know I never wanted the company, and I don’t know why Gramma gave me those shares!”

Phillip turned to the attorney. “Is this a recent change to her will?”

“Within the last month,” Mr. Wilson said. “But I assure you I made absolutely certain there was no pressure put upon her to make these changes. Not by anyone. She understood the ramifications of what she was doing. Grace had no idea—”

Her father’s fierce gaze bored through her. “If she didn’t do it because you asked her, then why?

Grace took a step backward, fear rising at the rage on his face. “I don’t know.”

“You were always her pet,” Marshall spoke up. “While the rest of us were building Ryan Engineers, she was entertaining you with her useless prattle of history and ancient civilizations.”

Grace opened her mouth to tell them she’d give them the shares, then popped it closed. Gramma had a reason for what she’d done. “Why would I want the company?”

Marshall gave a bark of bitter laughter. “Spite. You claim to love your family, yet you’re capable of this? This isn’t love, Grace.”

“Neither are your unfounded accusations.” Grace looked from angry face to angry face. Even from several feet away, Grace could see tears in her sister’s eyes.

“Shannon? Stephanie? You both know me better than to believe this.”

“Of course it’s wrong.” Nothing had changed. They’d never listened to her and they never would. Whatever chance she’d had of rebuilding her relationship with her family was gone. She leveled her shoulders and focused on her father. “You of all people should know that no one told Gramma what to do.”

Grace allowed her gaze to sweep across her family. “Why do you always have to believe the worst?” She shook her head. “I don’t know why I expected anything different.”

Grace went to the bedroom to pack. Ten minutes later she fetched Katy, her cocker spaniel from the family room. She paused in the doorway of the living room and met her father’s gaze, etched with the pain of betrayal.

With steady steps, she moved across the expanse of the living room, down the front steps, and across the grass. Knowing they’d most likely gathered at the window to watch her leave, she fought to keep her head high and her step sure. Gramma, you knew what would happen if you left me those shares. Why?

What do you hope readers will take away from the story?

While our relationships with family are vitally important, our true identity, our worth comes from our relationship with God. In John 16:33, just before going to the cross, Jesus said to his disciples: “These things I have spoken to you, that in Me you may have peace. In the world you will have tribulation; but be of good cheer, I have overcome the world.” (NKJV) To me this verse also speaks of the healing and wholeness Jesus offers for our minds, wills and emotions when we become His. His loving care doesn’t stop with our salvation or even enabling us to live our lives for Him, but encompasses our journey to emotional and mental wholeness, as well.

I haven’t read this book since it was a work in progress many years ago, and I still remember the scene above. Clearly Grace struggles with family issues. With everyone against her, it sounds like Grace is the underdog. Readers: Have you ever been or felt like the underdog?

Thanks for joining us today, Teresa! I enjoyed jumping back into this story, even if only for a scene. Teresa’s book releases May 1st, and is available at a special pre-order discount right now. 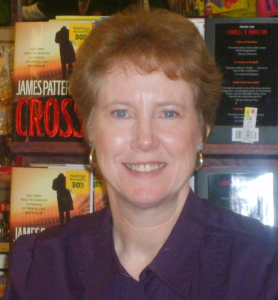 “Now empty nesters, Teresa Morgan and her husband live in Washington State. They have two adult children and one granddaughter.  She holds a Bachelor’s degree in Theology and is an craft addict.” www.teresamorgan.com