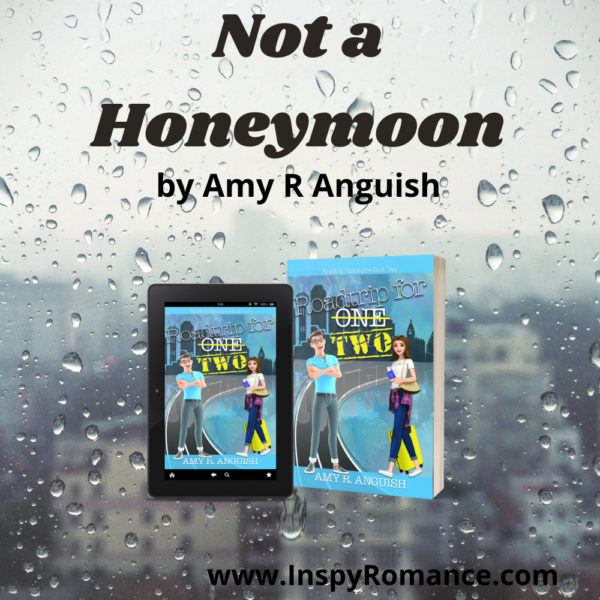 It was supposed to be a honeymoon … a cruise.

If only Nathan hadn’t called off the wedding a month before.

If only Bree hadn’t given in to their friends who convinced her to use the tickets for the nonrefundable honeymoon anyway.

If only Nathan hadn’t done the same, not realizing he was being set up.

If only there hadn’t been a hurricane off the Gulf, spinning tornadoes across the state of Texas and canceling flights.

But there was. And now Bree and Nathan are stuck in Dallas, Texas, with all their feelings up in the air, tickets they can’t use, and an attraction for each other that won’t die as easily as their engagement.

That’s the premise of my newest book, the second in my Roadtrip Romance series, Roadtrip for Two. It just released last Tuesday, so I’m pretty excited right now.

Honestly, the book was actually supposed to be about a honeymoon. The original title was Honeymoon Mayhem. But, well, characters tend to take on a mind of their own. And (spoiler alert) their relationship ended at the end of the first book, Destination Romance. Of course, with well-meaning friends who don’t mind meddling, things don’t have to stay that way. Right?

Bree decides since she’s never seen Dallas, she’ll just take advantage of this crazy situation and explore a bit. Nathan, ever the gallant hero, isn’t comfortable leaving her there by herself. So, he tags along. Hence the name of the book. ;)

But I, as an author, can’t let things go smoothly. So there are curveballs and situations neither expected. There are other characters to help steer Bree and Nathan in the right direction. As in all my books, there’s yummy food and fun locations. And … there’s romance, of course.

But I won’t give any more away. Except a copy of my book.

If you’d like a copy of Roadtrip for Two, and are a US reader, leave a comment below. If you’d packed for a cruise and got stuck in Dallas instead, what do you think you might wish you’d packed and didn’t? Or, have you ever gone on a trip expecting it to go one way and found it turn completely into something different? 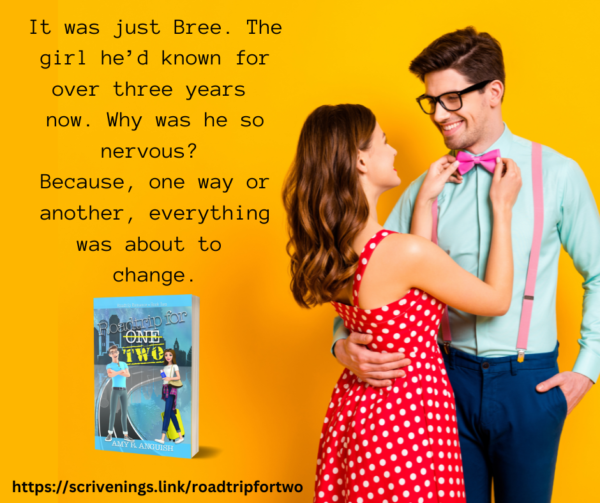 Recovering from heartbreak is hard when the ex-fiancé tags along.

Dallas, Texas wasn’t in the plans when Bree Henley set out to use the nonrefundable honeymoon tickets from her canceled wedding. Nor was running into ex-fiancé Nathan Hart. But their mutual friends and the weather have other ideas. A hurricane cancels their cruise and Bree decides to turn the disaster into a roadtrip for one, never imagining Nathan would object.

Nathan is furious when he uncovers the plot to get him back with Bree. But he can’t just let her go roaming around the big city of Dallas alone. Though he knows calling off their wedding was the right thing to do, he still cares for Bree. And before he knows what hits him, he’s volunteered to tag along. Suddenly, it’s a trip for two.

Spending the week together might remind them of why they fell in love. But is it enough to overcome the obstacles standing in the way of “til death do us part”?