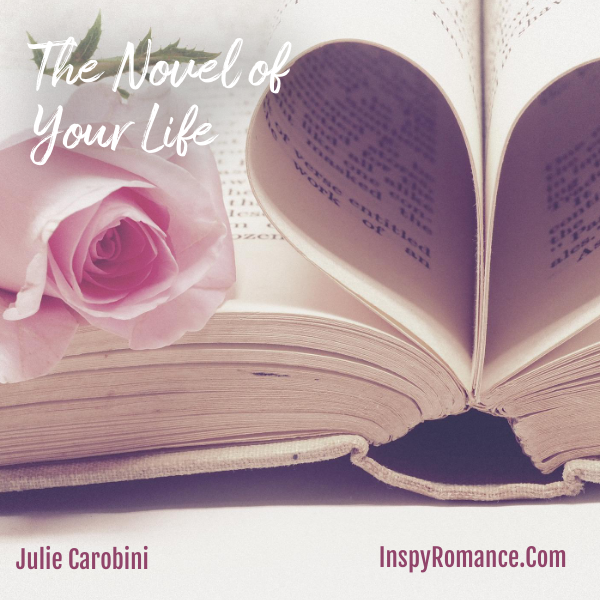 Have you ever thought about writing a novel based on your life? Many people tell me they’ve mused about putting the events of their life into a book but have never been able to sit down and do it.

That’s understandable! It’s tricky to fictionalize events that are so personal.

I learned this about six years ago when I wrote my novel, Walking on Sea Glass, a story inspired by my husband and me. Have you read it? It’s okay if you haven’t! I’m just asking because it’s been out in the world awhile. 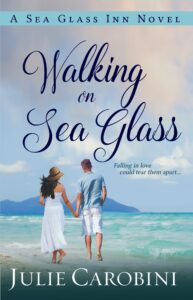 It was actually Dan, aka my hero, who kept urging me to write our story. Though I’d already written six novels, I had no clue how to put our own experiences into a novel.

I mean, what do I keep true to life? What do a fictionalize? And what about real people who were in our lives during the timeline of the story? How do I deal with them?

In the end, I created a story world similar to ours, but not the same.

I didn’t use real people, though I sometimes combined personalities to convey events that happened or words that were said. I even added a comical thread that was a huge twist on something that did occur. It’s kind of my little secret of how I came up with that!

Though Walking on Sea Glass is more of an “inspired by” than a “based on” of our lives, my husband had to help me with scenes from the hero’s point of view. To give you some background, when I met Dan, he was a recent widower and I was dealing with a difficult medical diagnosis. So right there we had built-in “conflict” for our story.

Here’s one way Dan helped me craft this story.

I was working on a scene based on a tragic moment from Dan’s past. He had told me about this night many times, and when I set out to craft a fictionalized version of it, I wrote it the way I envisioned it.

In this scene, my hero has just returned home from a long day at the hospital with a loved one. His hands are full as he exits his car, and just as he’s about to tap the door closed with his hip, his cellphone rings. One look at the number on the screen, and he realizes he’s about to receive some very bad news.

I pictured this scene in my mind and wrote what I saw: My hero was holding a coffee mug, and in his shock from receiving the phone call, he dropped the mug onto the cement driveway while he stood there in the dark and watched it shatter.

When Dan reviewed that scene, he shook his head no. “That’s not what he would have done,” he told me, his mouth a grim line. “He wouldn’t drop the mug—he would throw it against the pavement.”

Wow. I understood Beau, my book’s hero, a lot better, just from that one explanation.

Just so you know, Walking on Sea Glass isn’t all drama. As in real life, there are plenty of lighter moments too. And laughs. Many scenes were based on real events—one of my kids kept asking which ones–while others were figments of my hyperactive imagination 😀

If you’re a Kindle Unlimited Subscriber, you can download Walking on Sea Glass and start reading right away.

I’d also love to give away a paperback copy of Walking on Sea Glass to a reader in the US and an ebook copy to an international reader. So there are two giveaways up for grabs!

To enter, please answer these questions in the comment box: Have you ever thought about writing a novel based on your life? Would it be a drama or comedy?

JULIE CAROBINI writes inspirational beach romances and cozy mysteries ... with a twist. She is the author of 20+ books across two names and is known for spunky heroines, charming heroes, quirky friends, and the secrets they keep. Her bestselling titles include Walking on Sea Glass, Runaway Tide, Windswept, The Christmas Thief, and more. Julie has received awards for writing and editing from The National League of American Pen Women and ACFW, and she is a double finalist for the ACFW Carol Award. She lives on the California coast with her husband, Dan--not too far from their grown up kids. Grab a free eBook here: www.juliecarobini.com/free-book