Nowhere for Christmas was originally published in 2013. It was a good year.

My debut novel was published that year, as were two novellas, two additional novels, and a short story.

The thing is, I didn’t know a lot about writing yet. Or publishing.

So none of those books/stories published that year were written in what writers refer to as Deep POV where we try to pull the reader more effectively into the mind of the character(s).

And I hadn’t learned to write with action beats yet. (That’s where we use action to show who is doing the talking rather than constantly using the word “said”.)

I still sometimes (um…maybe “often” is a more accurate word…) apologize to people when they tell me they’ve read one of those early books. 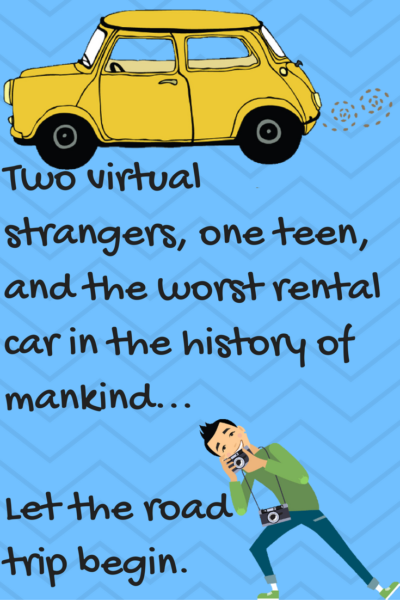 But…the publishing rights to Nowhere for Christmas were returned to me last year, and I was able to update and edit the book and put it into a box set. Now it’s ready to re-release as a solo title on April 10th.

I’m excited. I love the story and the characters. And now I feel like the writing does them justice better than it did before. Here’s to hoping that’s true!

I know. April’s an odd month to release a Christmas book. That’s just how it turned out. April wasn’t my original plan. I can roll with it, though.

I’ll give you the back cover blurb and then an excerpt so you can check the book out. Be sure to scroll down, though. There’s a giveaway listed at the bottom.

Two virtual strangers, one teen, and the worst rental car in the history of mankind…

Avery Weston is a journalist and mom to teenager Eli. Gavin Eastly is an enigmatic photographer.

A botched schedule lands them all in a rental car for Christmas. With everything that goes wrong, it’ll take a miracle to get them anywhere. But miracles come in surprising packages – like a bait shop owner moonlighting as a mechanic and a deputy whose family can’t agree on how to remove a skunk’s stink.

It’s the perfect recipe for romance. 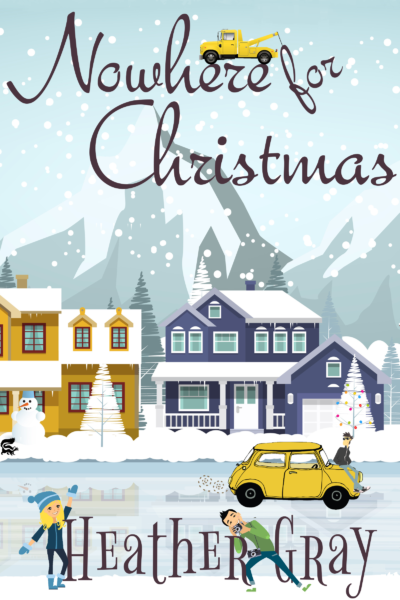 Join Avery, Eli, and Gavin as they learn that reaching the destination doesn’t mean the journey’s over. God has so much more in store for them.

After all—anything can happen on the road to Nowhere.

“Gavin’s traveling with you. This was a last-minute push by Corporate, and he hasn’t had a chance to get out there ahead of you. He’ll…” Mitchell cleared his throat. “He’ll be making the trip with you.”

A large stone dropped into her stomach with a loud kplunk.

Gavin Eastly had once been a rising star in photojournalism. He’d fallen off the radar a couple years back and had only recently started working again. The fact that he was doing work for the Albuquerque Times spoke to how far from grace he’d fallen. There was a story there. She could smell it. When someone as good at their job as he’d been, though, disappeared as suddenly as he had, the assumption tended to be a stint in rehab or a behavioral health hospital. Maybe both.

She bit her lip. “Mitchell, I’ve never met Gavin. The only things I know about him are the photos he takes… and his reputation. I’m not sure I want to be confined with him for such a long trip.”

Her editor watched her but didn’t speak. 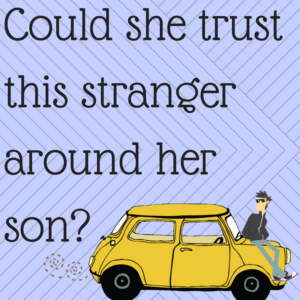 Avery hated when he got all impassive on her. She always ended up saying more than she intended. “My teenage son will be with me. What if Gavin has… bad habits… that might influence Eli?”

His lips twitched, but his voice remained somber. “Gavin’s story is his own to tell.”

It was her turn to cross her arms and stare.

With a camaraderie built from years working together, Mitchell sat back as he looked her in the eye. “You don’t have to worry about Gavin being a bad influence on Eli.”

“I need more information. You ought to know that about me.”

Eyebrows raised, Avery rose to shut the door then pulled her chair closer to the desk so she didn’t miss anything.

Avery’s stomach fluttered like it did when she was on the scent of a big story. “Family?” 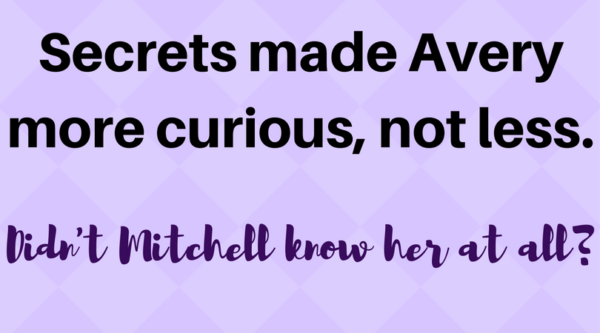 “On my wife’s side. That’s all I can tell you, and you need to keep it quiet.”

“Smoking, drinking, drugs? Anything I should watch for?”

“I wouldn’t be sending you anywhere with him if he had any dangerous issues. He’s clean, Avery. And a good guy. He’s having a hard time right now is all.”

“Mental breakdown? Do I need to make sure the knives are removed from the table whenever we stop to eat?”

His eyes narrowed and his voice grew deeper than usual. “He’s an amazing photographer. Good enough to make even the ugliest town look beautiful.” The easy posture was gone as Mitchell leaned forward. “Don’t give him any grief, and do your best not to ask questions. That’s all I’m willing to say about it.” 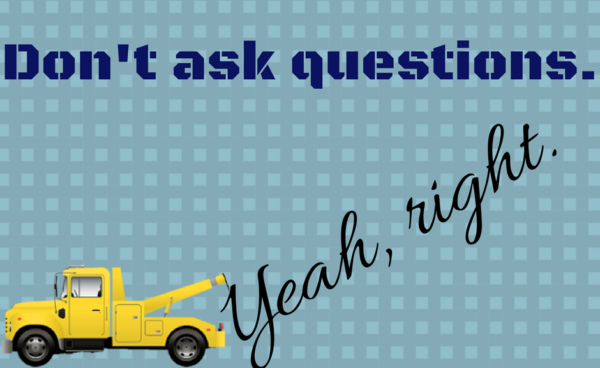 She wasn’t going to let it drop that easily. He should know that about her by now. “Fine. I’ll go. When do we leave, and whose car are we taking?”

Mitchell sat back, his brow wrinkling. “Uh, I’ve lined up a rental. It’s in your name, and they will come pick you up at your house tomorrow morning at ten. Gavin is supposed to text you in the A.M. to let you know where to pick him up.”

“Sounds like a plan.” She forced a wide smile. “Thanks for setting everything up!”

Avery breezed out of Mitchell’s office and resisted the urge to take a backward peek. She’d left him guessing, something she couldn’t often accomplish with her boss. He hadn’t been able to hide his surprise or suspicion, though, and she reveled in that.

As for the rest, she would drop her questions about Gavin when purple monkeys started dancing on the hood of the rental car Mitchell had reserved.

You can read another excerpt here if you’d like.

Now it’s time for a giveaway! The winner will receive a $5 Amazon gift card.

In Nowhere for Christmas, the main characters are on a road trip to the teeny tiny town of Nowhere, Oklahoma.

To enter the giveaway, comment below and tell me about the strangest or most unique town name you’ve seen. Or, if you can’t think of any oddly named towns, tell me about a road trip you’ve been on.

A WINNER HAS BEEN SELECTED AND NOTIFIED.

THANK YOU TO EVERYONE WHO COMMENTED!!