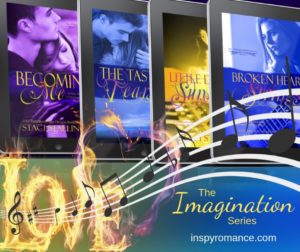 We’ve all heard it said that God works in mysterious ways. I think some of His ways are more mysterious than others.

Take, for example, the strange case of the Bomb Cyclone and its effect on this author’s life.

Our story starts on March 8, the first day of Spring Break around here. As per the usual routine, said author’s family goes to the mountains skiing, leaving said author all alone for the weekend with Mexican food and movies (said author + mountains = inevitable trip to the ER because of breathing problems).

Family arrives back home on Monday night and Tuesday we start to dig out from under all of the ski stuff they brought home and dropped in the floor of the kitchen, dining and living room. (We were not successful at cleaning said areas before Wednesday arrives.)

The very strong wind then got even stronger, and by nightfall, 18,000 people were without power, and traffic on multiple roads was a mess because of semis tipped over and vehicles flipped over and power lines down (you see where we’re going with this, right? Suffice it to say, it was no longer our little transformer that they had to fix).

Hunkered down in her now very cold house with no water, no heat, and no lights, said author did what any sane person would do—she started a fire and found a good book. And there she stayed for three long days.

The first book had been a recommendation by said author’s middle daughter. It was called “Off the Page.” The plot was intriguing—a character in a book, a handsome prince mind you, comes to life for one very special reader, a young girl who has fallen in love with him. In “Off the Page,” the prince is now out of the book and trying to adjust to real life. Intriguing 370 page book that took about 20 hours to read. That 20 hours was called “Wednesday.”

When that book was finished on Thursday morning, there was still no heat and no water (I’m convinced, I could do no lights if the heat and water worked, but without those two, it’s just MISERABLE). Trying not to move around too much because it was now unbelievably cold, said author began the first book in the series “Between the Lines” (some daughters don’t really care that mothers like to read books in order!).

The second book is finished when the power finally comes back on Friday afternoon.

So, lo and behold, who would have thought it, but those two books are going to factor BIG TIME into the next book I’m going to write! (I’m about halfway through Book #6 in The Imagination Series, and then we get to Book #7…. The finale, the one that I’ve been struggling to figure out HER backstory for. And now, God used a power outage that lasted 3+ days to shape and mold my character in my head and heart for Book #7. And I LOVE HER NOW!!! I can’t wait to write her story, which is odd because I’ve been dreading it for over a year now.)

So there you go, God’s ways really are mysterious. I am curious though, do you think He planned that Bomb Cyclone with the 65+ mile per hour winds so that it would knock out our power so I would have nothing else to do than to read those two books (which honestly, I would have never gotten around to reading without the power going off)?

Check out the New Release in 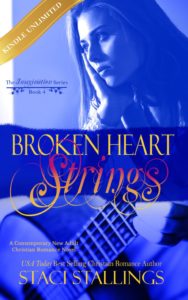