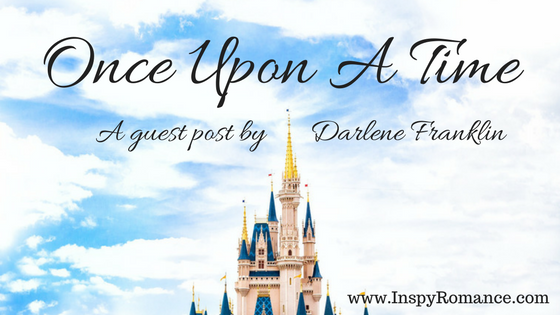 Once upon a time, a lifetime ago, I began my writing career when my contemporary romance, Romanian Romance, was published in 2005.

Then I dabbled in historical romance, finaled in a book contest, and changed my allegiance. In July of this year I celebrated the release of my fiftieth book. Between then and now I’ve dabbled in contemporary, several of them this year. Of the seven novellas to be published this year, three of them are contemporary.

Cinderella’s Boot grew out of something I saw while driving down the street in Oklahoma City. A single cowboy boot lay on the side of the street. Who did it belong to? How did it get there? A dozen ideas jumped to mind. When my editor at Forget Me Not Romances invited me to write a story about runaway brides, I knew I had my chance! A modern-day Cinderella left her wedding boot behind at the altar. . .

John Denver is one of the few artists I heard live in concert. I’ve always loved his music. So when I learned this October is the 20th century anniversary of his death, I knew I had to write a novella based on one of his songs! I invited my fellow authors from Forget Me Not Romances to participate. They responded at the gut-level, sharing tales about their favorites songs and why. Three stories will appear together in Take Me Home: Romances Inspired by John Denver TBR in October. I am currently
writing my story, Her Rocky Mountain Highness. A Colorado tourism director welcomes a deposed prince of a European city-state “in the summer of his twenty-seventh year.” I’m having a ball with it.

I had fun writing two retold fairy tales this year, so looked for a third story to complete a set. The perfect opportunity is coming up in next spring’s On Kitten Paws, reworking Puss ‘n Boots. A rich man leaves the bulk of his inheritance to his two older sons. He leaves his youngest son a run down fishing boat, its gear, and a pair of fishing boots—complete with a cat in residence.
Yesterday, today, and forever, love will abide.

Bio:
Best-selling hybrid author Darlene Franklin’s greatest claim to fame is that she writes full-time from a nursing home. Mermaid Song is her fiftieth unique title! She’s also contributed to more than twenty nonfiction titles. Her column, “The View Through my Door,” appears in five monthly venues. Other recent titles are Wilderness Weddings and Opposites Attract. You can find
her online at her Website and blog, Facebook, Amazon author page, and Twitter: @darlenefranklin 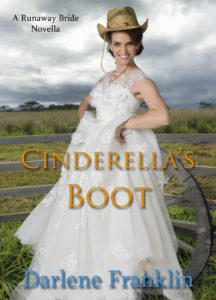 Cynthia Ellen Cooper—known affectionately as “Cinderella”—left her wedding boot in the dust when she ran away from her wedding to work on a sheep station in Australia.

Four years later, she’s back home—and so is her ex-fiancé, now a DVM from Oklahoma State University. They reach a truce and work side by side in his father’s animal clinic. Cyn soon discovers she wants more—but she has to battle bad history and a demanding pet owner for Keith’s attention.

How can Cinderella find a second chance at love?

Darlene would like to give away an e-book of Cinderella’s Boot. To enter, leave a comment answering the following: What are some interesting things you have seen while driving/riding?