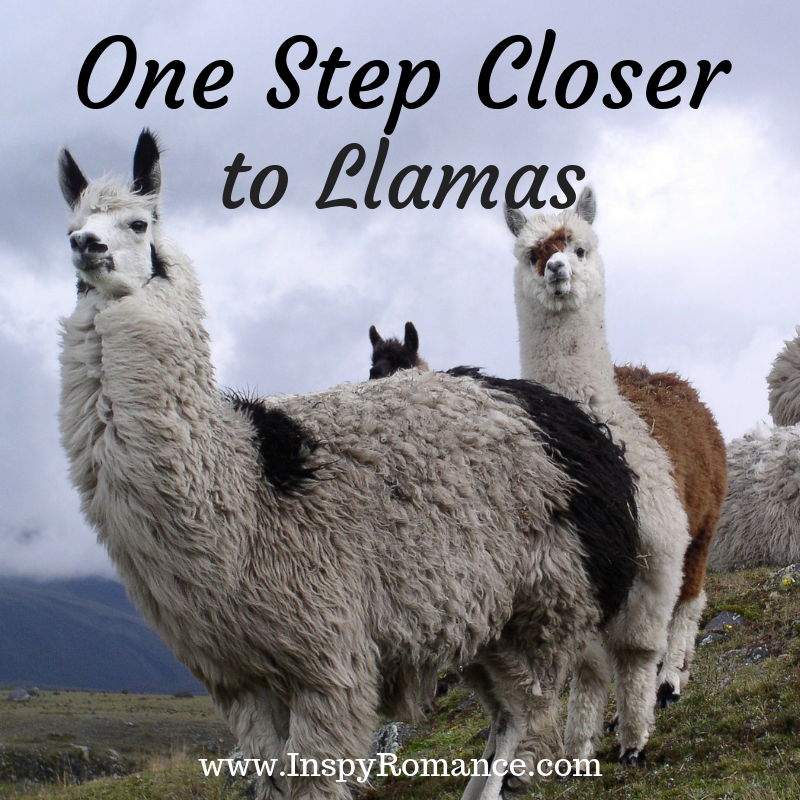 There is a long-standing tradition in our household that goes something like this:

Me: What should I <insert conundrum regarding a book>?

See, hubby and I have been fairly obsessed with llamas (and alpacas, to be honest, but llama is more fun to say) for some time. In fact, now that llamas seem to be making a little foray into the world of culturally acceptable awesome (reference seeing llamas on more things of late), I’ve been tempted to make hubby a shirt that says “I lloved llamas before it was cool.” Or something.

I can hear you wondering exactly how this has anything whatsoever to do with contemporary Christian romance.

When I was writing the most recent Peacock Hill book, A Heart Realigned, it turned out that Azure (the heroine) was a bit of a runner. Have a problem? Run away. That was kind of her philosophy. And so I needed a place for her to escape to after leaving her parents house in Arizona. Enter her grandparents. Who she’d never met. Who own a ranch in Northern New Mexico. 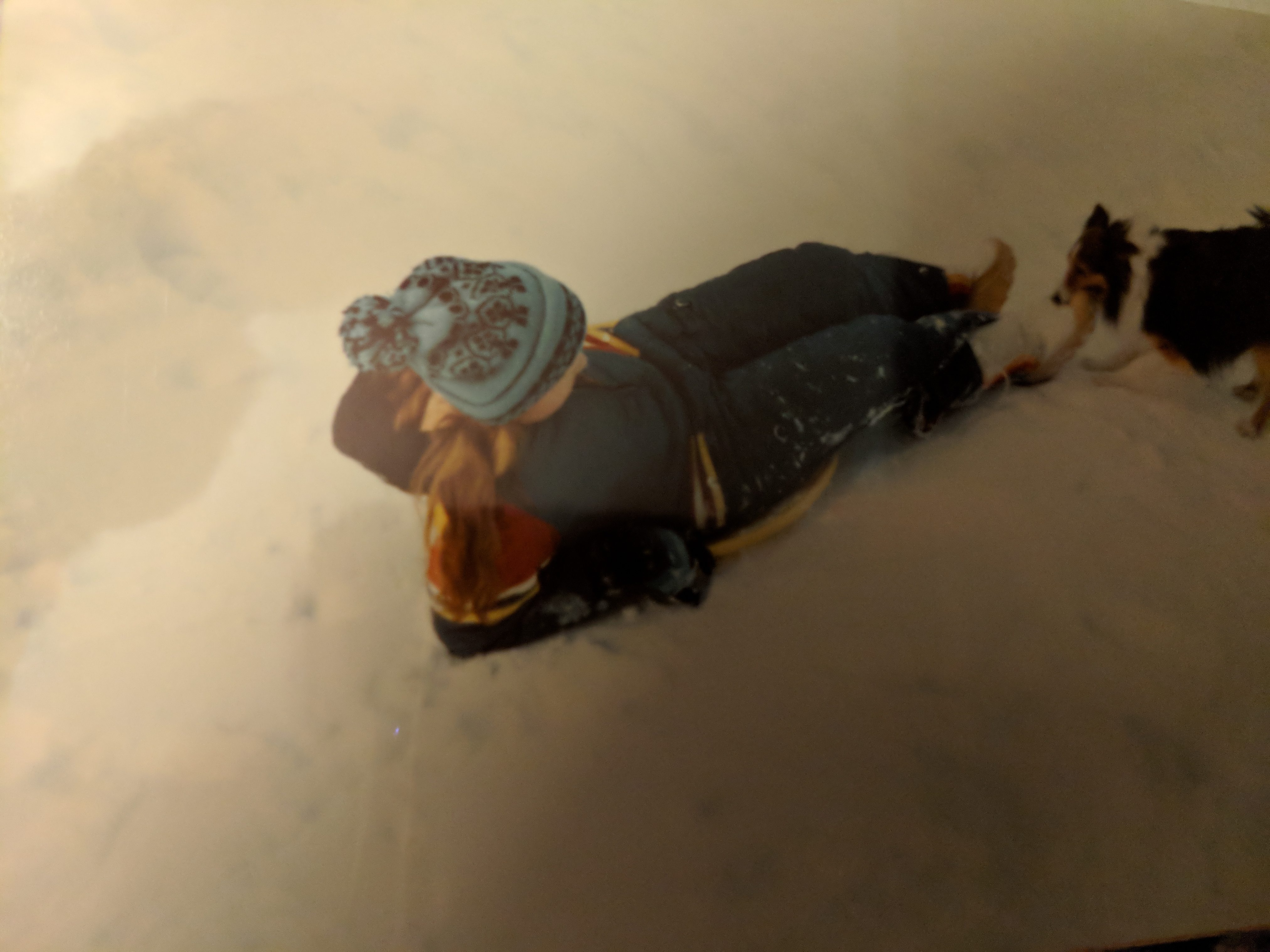 Here is me sledding. And being herded by our Sheltie, Prince, in some of our lovely New Mexico snow.

Why Northern New Mexico? Well, mostly because I grew up there and lately I’ve been longing for a little taste of home. So getting to visit virtually while I scoped out places to set the Hewitt’s ranch was soothing. And it turned out, when I was finished with Azure’s visit there, I had a Christmas novella to write. And I needed somewhere to set it. And Northern New Mexico is awfully pretty in the winter (well, all year, honestly, but they get so much lovely snow in the mountains that it’s hard to beat.) So why not set it at the Hewitt’s ranch?

I hadn’t intended, really, to do a series with Azure’s siblings, but that’s what seems to be happening. Which just meant I got to do even more arm-chair vacationing to Northern New Mexico.

I grew up in Los Alamos, which is a lovely small town full of nerds and their families, who also usually end up being nerdy. I’m sure there are some non-nerdy people who live there, too, but I’ll admit not remembering them. As much as I am a big fan of nerd pride (read my books, there’s usually at least one in there. Cause nerds are awesome), there’s nowhere in Los Alamos to put a ranch. So I wandered south west a tad to the Taos area to plop Rancho de Esperanza (Ranch of Hope) on the top of a nearby mountain. If you’re from New Mexico, I’ll apologize now, I took liberties. I made up a mesa. But there are mesas there, so it’s not a huge stretch.

I started digging through my old photo albums, thinking surely I would have a ton of pictures of the landscape around where I grew up (which is not altogether that much different than the landscape around Taos.) Bzzt. Apparently, back in the stone ages when you had to buy film and then pay to have photos developed, you actually wanted people in the pictures you took. So there are a few nice landscape shots, like that  mesa over there, but the rest? They’re all me and my sister in our living room or backyard, and as cute as we were? Not super conducive to setting details.

If you think of anything when I say Taos, you probably either think of skiing or the church pictured at the right. That’s the San Francisco de Asis church in Rancho de Taos, which is actually a little south of Taos. But it’s still factored into my story, because it’s one of the landmarks you simply can’t escape. It’s beautiful. And everyone who goes to Taos stops to photograph it. 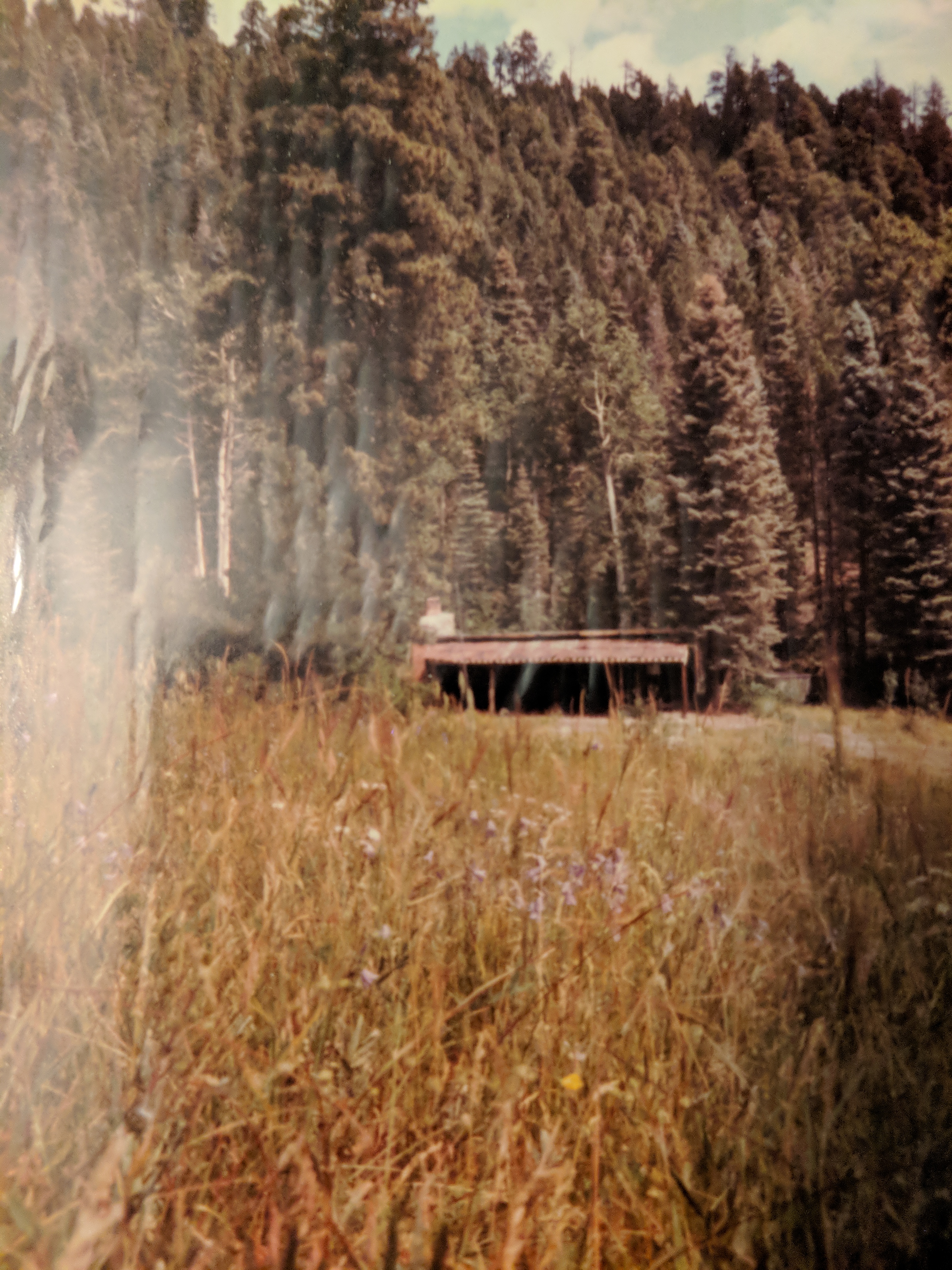 On your left, you see the type of landscape you find in the mountains of Northern New Mexico where Hope Ranch is found. In fact, that cabin could well be the place where Maria Sanchez, the heroine of my Christmas story lives. (In reality, it’s one of the cabins on some property that my parents owned when we were younger.)

At this point, you’re probably wondering what any of this has to do with llamas. Well, Rancho de Esperanza doesn’t have a llama herd. Yet. But they’re going to down the line and finally, finally, my husband will have his llamas in one of my novels. 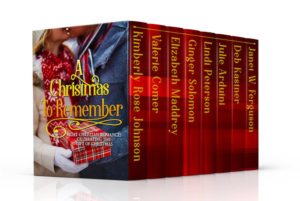 But if you want to get to the llamas, you should probably start with the first book in the series, so you don’t get as lost as this blog post encourages you to. The great thing is, you can read Hope for Christmas (Hope Ranch book 1) very soon in the box set A Christmas to Remember. This box has novellas by eight InspyRomance authors in it. I’m very excited for you to get a chance to read it, because they’re all quite good.

My novella, Hope for Christmas, will introduce you to Azure Hewitt’s brother, Cyan. (All the kids in the Hewitt family are named a shade of blue. The lovely Renate asked me to explain why and the only answer I have is: because their parents are weird. I’ll try to come up with something better for a future book, but that may have to be how it stands.)

He wasn’t sure what he was looking for. She wasn’t looking for anything.

Cyan Hewitt drifts onto his estranged grandparents’ New Mexico ranch in time for Thanksgiving… and stays. As a cyber security consultant, he can telecommute, so why not from here, where his restless soul is soothed and his heart is awakened by the attractive ranch housekeeper?

Maria Sanchez works at Rancho de Esperanza to provide a stable life for her son. She’s content—mostly—in her roles as housekeeper, part-time student, and mom, but when her precocious seven-year-old is diagnosed with diabetes, her world shatters. There’s no time for distractions from the long-term visitor who’s stirring a longing in her for more.

Cyan may think her faith and courage are inspiring, but Maria feels vulnerable. Relying on others has only ever resulted in broken dreams. Christmas might be a season of hope, but does she dare risk everything for love?

You can pre-order A Christmas to Remember (and consequently Hope for Christmas). It’ll be on Amazon only for 99 cents and in Kindle Unlimited. The set releases October 2nd and will only be around for a limited time. I’m sure in the coming days you’re going to get a chance to hear about the other books in the set — but trust me on this, it’s not a set you’re going to want to miss! 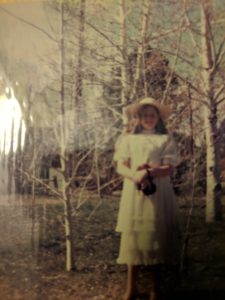 This is me dressed up for Easter by the Aspen trees in our front yard. Of all the things about New Mexico I miss, Aspen trees top the list.