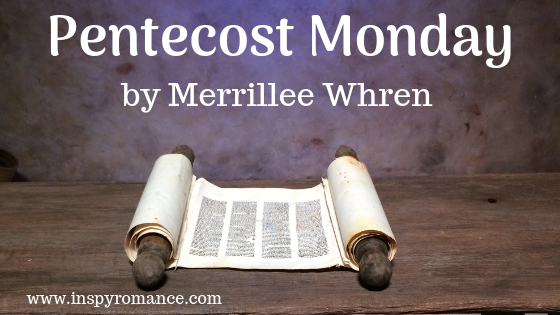 Yesterday was Pentecost, and today is Pentecost Monday. Pentecost is celebrated fifty days after Easter. Pentecost comes from the Greek word pentếkosta, which means fiftieth day. It is a Jewish celebration sometimes called the Feast of Weeks. Among other things, this festival celebrates the giving or the Torah. So why am I talking about Pentecost and Pentecost Monday?

Often the holidays I talk about are silly, but Pentecost is a serious time, although a time of celebration for the Jews. After Jesus rose from the dead, his followers met together on the day of Pentecost. This is how Luke records the event in the Book of Acts.

“When the day of Pentecost had come, they were all together in one place. And suddenly from heaven there came a sound like the rush of a violent wind, and it filled the entire house where they were sitting. Divided tongues, as of fire, appeared among them, and a tongue rested on each of them. All of them were filled with the Holy Spirit and began to speak in other languages, as the Spirit gave them ability.” Acts 2:1-4 NRSV

If you go on to read more of the account, you find that Peter preached about Jesus’s death, burial, and resurrection, and three thousand people believed in Jesus and were baptized that day. Here is a fresco depicting the tongues of fire that rested on the disciples. 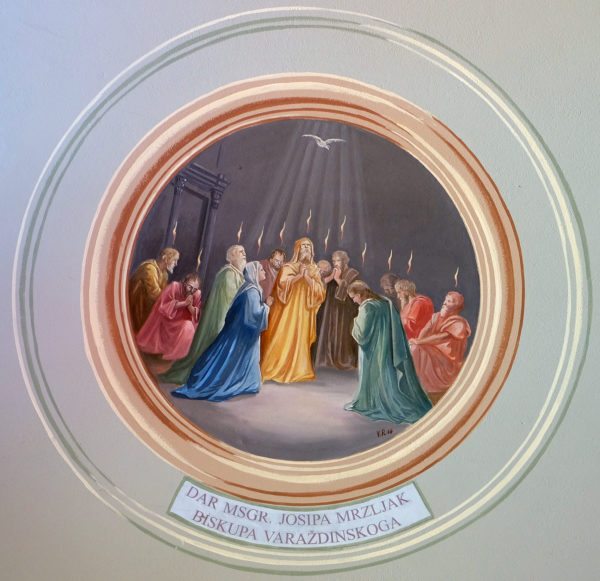 Pentecost fresco in parish church of the Holy Trinity in Krasic, Croatia

I had often heard of Pentecost in church and when reading this passage from the Book of Acts, but I had never heard of Pentecost Monday until we visited France over thirty-five years ago. That was in the days before the euro and access to foreign ATMs. You had to exchange your money in every new European country you entered. So when we arrived in Lyon, France, from Switzerland, we immediately looked for a bank in order to exchange our Swiss francs for French francs. The bank was closed because it was Pentecost Monday, a public holiday in France. We managed to get by for the day without exchanging our money.

Here are a few faded photos from that trip in the days before digital photography. The first photo is from our visit to Paris. That’s me, the only person facing the camera. The second photo is of me sitting on the edge of a fountain in Lyon. I’m completely surprised that I’m in the photos because I’m usually the one behind the camera. 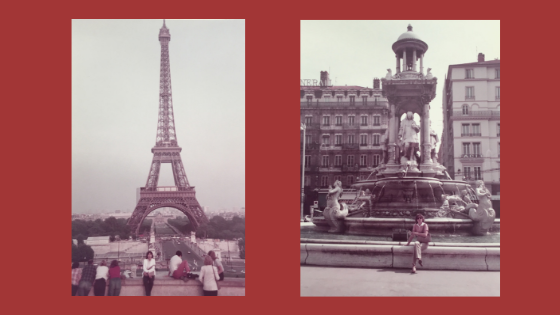 This next photo is of Lyon taken from a hill above the city. There are very few tall buildings, and there are ancient Roman ruins. Notice that one tall building. That was our hotel. It seemed odd that we were staying in the tallest building in that city. The concierge at the hotel sent us to this tiny little town about forty-five miles away, where my hubby had a seven course meal, and I had a five course meal. We ate for three hours, and the only person in the restaurant who could speak enough English to take our order was the chef. Needless to say, it was an unforgettable evening. 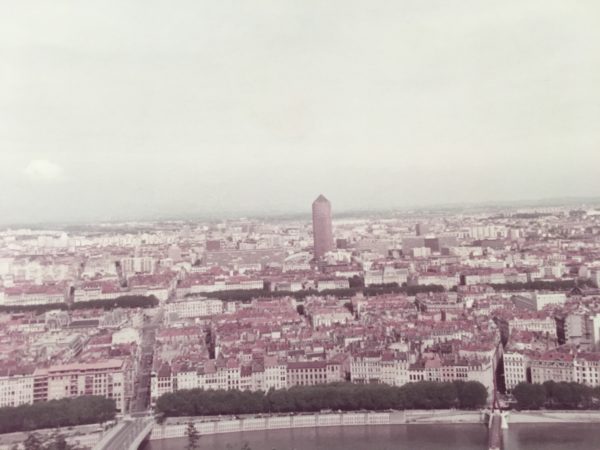 I’ll be giving away an e-book copy of the first book in my Dalton Brothers series, FOUR LITTLE BLESSINGS, to one person who leaves a comment.