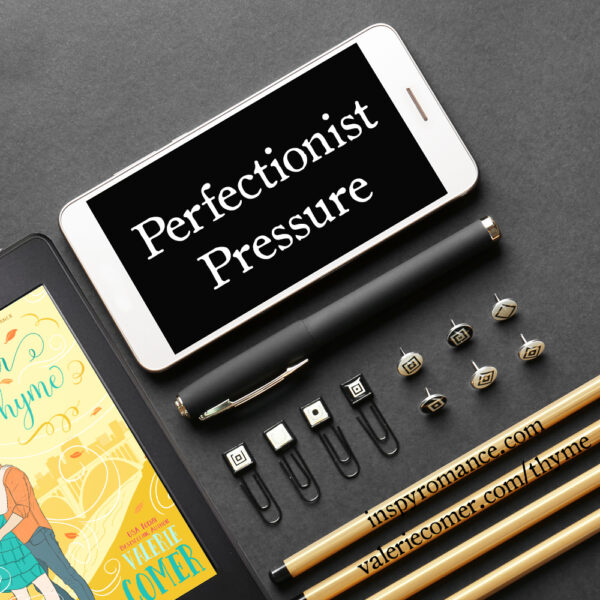 Hello? Is there anyone else like me out there? Probably not. Aren’t we all unique? One of a kind?

Yes… but with many traits in common.

My Urban Farm Fresh Romance series was visualized as a twelve-book series (gulp) from the start. The first story, Secrets of Sunbeams, released in a multi-author box set in June, 2016. Here it is, October, 2021, and the final story, Together in Thyme, is with my editor in preparation for a November 16 release. Five and a half years later.

This final story has been HUGE on my mind for the past year or two. I knew which two characters I was saving for last. They’d both been in every single one of the previous books, so their personalities and backgrounds were well and truly formed. It had been established that they’d known each other since at least their early teen years.

Why did they never date? Why did it take until they were thirty-three and thirty to “give in” to the inevitable resolution? Why didn’t they even give each other a casual glance earlier on to give the readers a clue of what might be coming? 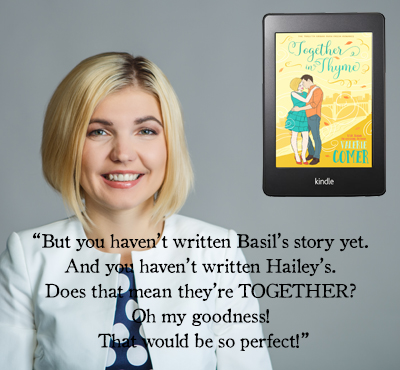 Yeah. I thought so, too. I figured they deserved each other.

But a story with two well-loved characters… let me backtrack. Basil wasn’t always well-loved. He was definitely the black sheep of his family. He was sardonic, arrogant and often downright rude. And then there was his DUI and the results of that back in book four, Wishes on Wildflowers. No, not everyone liked Basil. I snuck in a few hints that he was looking at life a bit more seriously in books ten and eleven.

Hailey wasn’t always well-loved, either. She was also flirty while remaining standoffish, which was tricky to pull off. But she was generally more likeable than Basil. Readers wanted to see her get a happily-ever-after… but with Basil? Hmm. #maybebutmaybenot

For the past couple of years as I worked toward this grand finale, I realized that their backstory had to exist and it had to be huge. It had to be worthy of the climax of a l-o-n-g series.

Okay, a lot of pressure. I had to get it right. I had to do not only Hailey and Basil justice, I had to do the whole community of Bridgeview and all the preceding couples justice.

It threatened to paralyze me. It seemed so much was riding on this one story. But that’s crazy, right? No random reader in their right mind is going to pick up book twelve in a series if they haven’t read the previous ones, or at least some of them. They’re predisposed to enjoy this final story.

I had to give it to God and then just focus on writing a chapter a day, like I do for every story. So simple, but you all have lived life for a few decades, too, so you know it can be a daily battle!

It seemed to take f-o-r-e-v-e-r to write Together in Thyme but in reality, it only seemed like it because we took a vacation in July, smack dab in the middle of writing. I wrapped up the first draft in early September and let it sit for a bit before going back through it. It’s now making its way through all the pre-publication steps so it can be out to you in a few weeks. 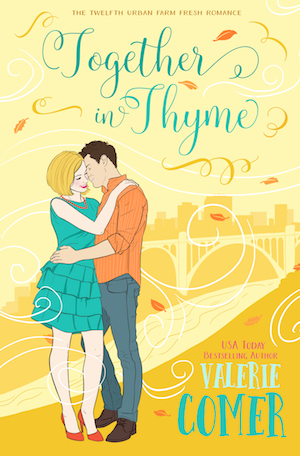 Basil Santoro is back in Bridgeview, but it’s hard to prove he’s reformed without admitting he’s been an arrogant jerk. The list of people he should apologize to is lengthy and starts with his former business partners, his family… and Hailey. If only she had already married someone else, all this would be so much easier.

Hailey North passed the last few years flirting with any man who’d look twice, but she’s also adept at deflecting. She’s not prepared for Basil to turn the full force of his charm on her on his arrival home. That ship sailed more than a decade ago, with her secret aboard.

Do they really need to set aside their facades and have a frank discussion? If only that were all, but there’s more holding them back. It will take a heaping dose of courage to face the past and build a future… together.

Pre-order Together in Thyme! It’s not too late to get caught up on the Urban Farm Fresh Romance series… or even get started if you haven’t already. Start with Secrets of Sunbeams or the box set of books 1-3. This is the perfect time for a binge-read!