Welcome to all our inspiration romance readers. This is my first post so I wanted to get all you readers involved in the fun of writing and reading romance. So here’s what I need for you to do.

I’m starting to plot a new book for my Home to Dover series with Love Inspired and I need your help choosing a hero. Leave your comments and vote for one of two dashing men to win her heart. The winner will be chosen at random and win a copy of the current Dover book, Protecting the Widow’s Heart.

As much as I’d love to say that I’ll write the story for which ever hero is most popular, unfortunately, that’s a decision my editor will make. But knowing what the readers like will help me design a hero in the future. And both heroes’ will have a book. Ready?

Meet Hayes McKinney Dawson, educated, sophisticated, and with a heart for others. Hayes loves Christmas and hates lies. Told at a young age that her father and brother had died, she believes she is an only child. After her mother’s death, Hayes discovers her brother is alive and living in Mississippi. After a joyous reunion, she decides to remain in Dover. She goes to work for the Chamber of Commerce organizing a Victorian Christmas event featuring Dover’s historic homes, and the charming downtown as a way of increasing tourism and business in the small town.

Alex Kincade – Literary attorney Alex, is living a lie. When a car accident leaves his brother a paraplegic Alex promised his mother he’d take care of him. Overwhelmed by medical costs, Alex struggles. When famous reclusive author Graham Dalton is under pressure to do more publicity, he approaches Alex, who resembles him a great deal. They reach an agreement. Alex will step up and be the public face of the author in exchange for the best medical care available for his brother.

Alex is comfortable in his role, until the author decides to return to his home town of Dover to do research for his next novel. Alex must come along to handle any public appearances. He meets Hayes, who wants to use his historic home as the focal point for the Victorian Christmas event. She also wants him to serve as spokesperson for the event, and to use his image on the publicity materials. Alex is drawn to Hayes, but he can’t pursue a relationship when he’s living a lie. His false identity begins to pinch. When the truth about Alex and the author is revealed, Hayes is crushed and angry. Alex wants out of his agreement, but to do so means his brother will die. Does he choose love or obligation? 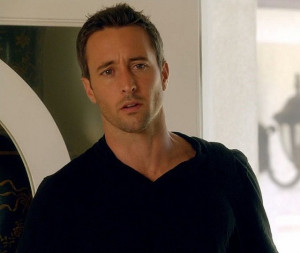 Eli Cavanaugh owns an electrical contracting business in Dover. On the side he designs electrical displays for specialty events. Eli’s wife hated small town life and left, not telling him she was pregnant. Five years later a little boy is left on his door step with a note saying the child is his. Stunned, Eli is at a loss how to care for the child who is skittish and rarely speaks. Eli has trouble connecting with the boy, and worries he might have been mistreated. When Hayes approaches Eli to create lighting displays for the towns Victorian Christmas celebration he balks. He turned his back on God and Christmas after his parents were killed in the mission fields.

Hayes takes a shine to Eli’s son, and to the neighborhood. She rents a house nearby and offers to help watch the child since she works at home. Eli is drawn to Hayes, and she’s great with his son, but he’s been burned before and he’s not going to risk his heart again. Can a little boy and a lovely neighbor renew Eli’s Christmas spirit and open his heart to love?

Which hero should Hayes fall in love with? Make your choice and feel free to say why. What appeals to you about a particular hero? Share your thoughts and win a copy of the latest Home to Dover book. Winner will be selected by a random draw from all comments.

To Love and Protect

Ginger Sloan’s had enough of heartache. She just wants a peaceful place where she and her son can start over and feel safe. Getting stranded in a lakeside cabin in Dover, Mississippi isn’t part of her plan.  Then again, neither is falling for the cabin’s handsome owner. Injured on the job, detective Tyler Durrant retreats to his cabin to heal. He’s shocked to find the single mom and her son there. And surprised at the way Ginger affects his heart. For the first time in year, he has hope for the future, but can he convince Ginger that she can find safe haven in his arms?