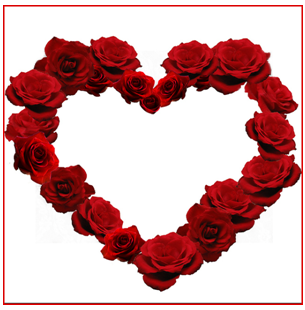 So here’s something that’s been on my mind as I’ve been working on my latest series: does fictional romance perpetuate the problem of people deciding they’re in love before they’ve gotten the chance to really know one another? (Which, in real life, can lead to problems down the line.)

I know, I know, fiction isn’t real. I don’t have a problem with that – but I wonder sometimes if other people today do struggle with it. And, if they do, do authors have a responsibility to avoid adding to that struggle? Or is it a personal issue that people need to take charge of themselves?

Maybe I should back up and explain where the quandary comes from. As you know, if you’ve read a romance novel ever (which theoretically you all do, because, well, you’re here), at the end you have the happily ever after which typically takes the form of a proposal. Sometimes they continue on to the actual wedding, but generally it’s the proposal. Books, being what they are, generally span only a few months of fictional time. (Obviously this isn’t a hard and fast rule. There are plenty of books – romances even – that cover large quantities of time. I’m probably not including those in my question.) So, if the hero and heroine meet in chapter one (or thereabout) and they don’t know each other from before, is it reasonable to always having them even declaring their love for one another (let alone getting engaged) by the end of a three-month time frame covered in the book?

I guess I don’t mind it happening now and then. Because it happens in life now and then, too. Sometimes, I really believe you do just know. But should it be the exception rather than the rule?

I’m not sure I have an easy answer – but I’d love to hear your thoughts!