Hello, friends. Heidi here, with a quick introduction for today’s guest, author Janet W. Ferguson. We met a few years ago through the ACFW writing critique group and I’ve had the pleasure of reading Janet’s manuscripts ever since. I’m fond of her characters, her great sense of humor, and the inspirational message she weaves into her stories. Janet’s debut novel, LEAVING OXFORD, just released. All commenters on today’s post will be entered to win a copy, so don’t miss the details below. Please give a warm Inspy Romance welcome to my friend, Janet.

I was a prodigal. No excuses. I had a good family. They taught me right from wrong and took good care of me, took me to church, supported my extracurricular activities… Still—in my late teens, I chose to wander a different path. It was the path culture sold through media and song, an alluring path, but one that ended in sadness. No, I didn’t end up in a pigpen. I went to college, got a degree, worked at my job, and made friends. I knew and still believed in what was right, but didn’t want to give up control.

Inside, though, the old expression held true. I had a hole in my heart only God could fill.

At twenty-six years old, I hit my knees and begged the Lord to take me back. I was finally willing to go where He led me if only He would have me.

I heard the prodigal story anew in a sermon. The story was more about God than it was about the prodigal. The fact that our Father is waiting, watching, and searching us out. He yearns to have his children back with Him. In Luke, Jesus describes a scene where a father runs to his son when he turns down the road to home, throws his arms around his long-lost son’s neck. He puts a ring on his finger and throws a party to celebrate. Doesn’t that sound amazing?

So I write stories of prodigals because that’s what I know.

My heroine in Leaving Oxford, Sarah Beth LeClair, followed her own path in young adulthood. She ends up living with a man she loves, but he is unwilling to marry her. It takes several years and some heartbreak, but she comes back to the Lord. The story picks up here, because once she did this, her life only seems to fall apart more. She’s in a tragic accident and suffers from panic attacks. Even more confusing is that, no matter how much she prays, she’s not just cured from her anxiety disorder. All she wants is to be normal again. God seems to choose to answer her prayers in a different way—he sends an ugly puppy and an arrogant football coach.

Despite her past, despite her anxiety, God uses Sarah Beth in His kingdom. And that’s my message to readers. Your past and your problems don’t eliminate you from being important and useful in God’s service. He can transform the ashes of our pasts into something beautiful if we give Him the chance. 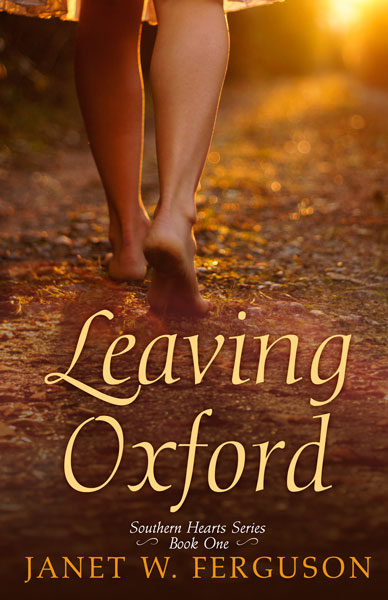 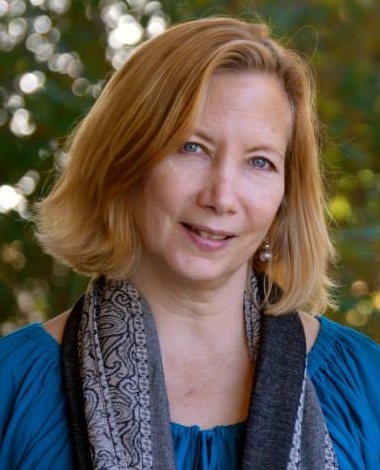 Janet W. Ferguson grew up in Mississippi and received a degree in Banking and Finance from the University of Mississippi. She has served her church as a children’s minister and a youth volunteer. An avid reader, she worked as a librarian at a large public high school. Janet and her husband have two grown children, one really smart dog, and four too many cats.

GIVEAWAY: What kind of characters or heroines do you relate to? Comment with your answer below for a chance to win an autographed paperback (U.S. only) or eBook of Leaving Oxford. Deadline for entry is Tuesday May 3rd 2016 at 11:59PM EST.