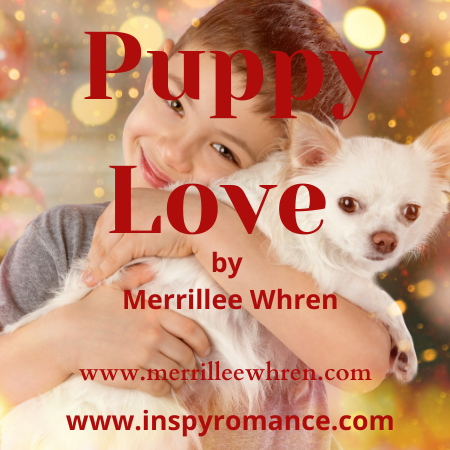 When I decided to join a group of authors in writing a group of novellas about Puppies for Christmas, I looked for a photo that would work on my cover. The above photo jumped out at me immediately. Who can resist a child and cute little dog? My novella, Puppy Love and Jingle Bells, is on sale now for 99 cents. 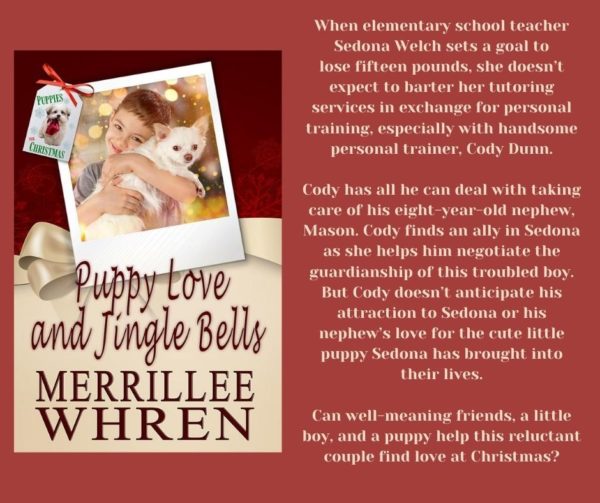 You can find it at these retailers.

Puppies haven’t only entered my writing world, but they have also entered my real world. My granddaughters, especially the older one, has wanted a new cat ever since their eighteen-year-old cat had died. But their dad had discovered he’s allergic to cats, so that was out. Dad suggested they get a bunny, but no bunny came. The idea of a dog hadn’t entered the picture, because the younger granddaughter hadn’t had good experiences with dogs. They barked loudly and frightened her. However, a dinner invitation brought her into contact with a sweet Cavalier King Charles Spaniel. Soon she was no longer afraid of dogs. 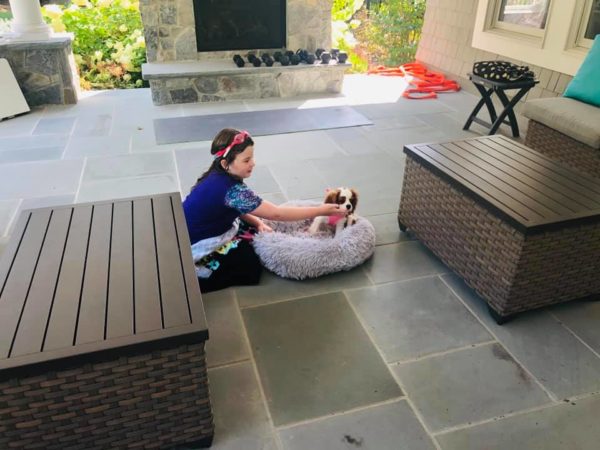 So the campaign to get a dog began. Grandpa (aka my hubby) had always said he was going to get his granddaughters a dog. Little did we know his prediction would come true. In the beginning the campaign for a dog hit a resounding no from Mom and Dad, so the kids were pretty sure no dog was in sight. But a visit from Grandma and Grandpa, which I blogged about last month, started the campaign for a dog all over again. The girls were making lists explaining why getting a dog was a good idea. At the top of the list was getting more exercise when they walked the dog.

During the visit, Grandma and Grandpa looked up places to buy Cavalier King Charles Spaniels, but most of the breeders in the area had no puppies available. They told us no puppies until spring. Did you know the pandemic has resulted in many, many people getting pets? Thus the lack of available dogs. So we stopped our search. Mom (aka our daughter) had begun to soften on the idea of a pet dog, and she found a Cavalier King Charles Spaniel at a boutique pet store, but it was a male, and they wanted a female. Even though the puppy was a male, my daughter decided it would be a good idea for the girls to just look at some dogs. Dad was still not on board.

At the pet store, the girls played with the Cavalier, but they also saw some maltipoos. When two little maltipoos were placed in the room where the girls could play with them, the first words out of the younger granddaughter’s mouth was, “I’m already in love.” 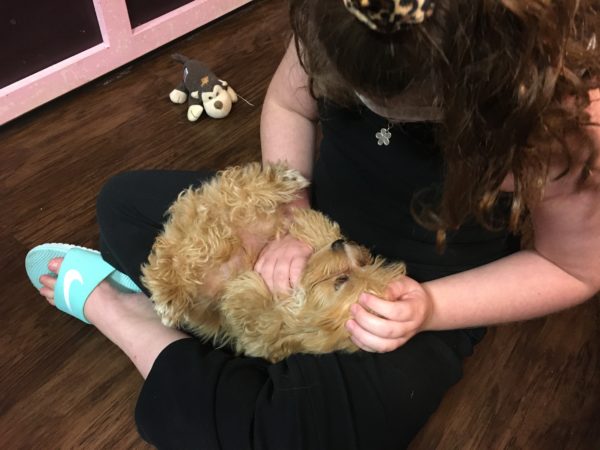 A decision wasn’t made on that visit, but Mom went back the next day to look at the puppies again. Then after the girls were out of school, we went back for another visit. “Bella” had won everyone’s heart, and Grandpa and Grandpa bought the grands a puppy. However, Bella couldn’t come home until she had had her final vet check. So Grandma and Grandpa didn’t get to see the homecoming as we were flying back to Arizona. But we get updates. 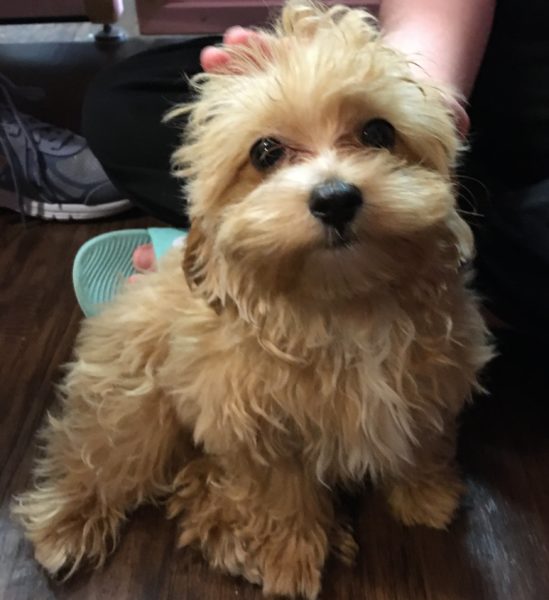 Who could resist this little ball of fur?

Just like our reluctant son-in-law, the hero of Puppy Love and Jingle Bells, Cody Dunn, isn’t keen on a puppy for his nephew, but he is soon enamored with the pup, as well as with Sedona, who brought the bundle of fur into their lives. Puppy Love and Jingle Bells is the second book in my Happiness in Hallburg series. Do you think that children having a pet teaches them responsibility?

I’ll be giving away an ebook copy of the first book, Puppy Love and Mistletoe, to one person who leaves a comment. 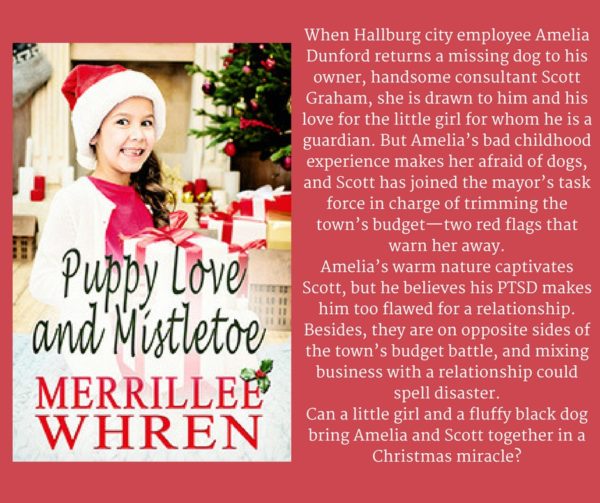