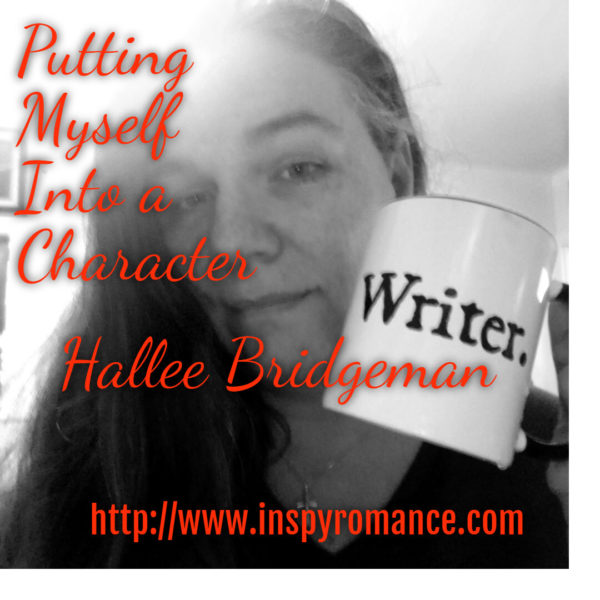 My husband is the editor-in-chief of our publishing company. I don’t have much to do with that part of our world. I just write. But occasionally I have to take a more active role, especially when he’s publishing a romance novel.

A couple of years ago, he was working with Amanda Tru on the second Crossroads Collection, Yesterday’s Mail, and they lost an author six weeks out from the publication date. The book was already on preorder, so time was of the essence. They came to me (they actually woke me at 2 in the morning) and asked if I would write the replacement story because both of them knew I could write fast enough to meet the deadline. 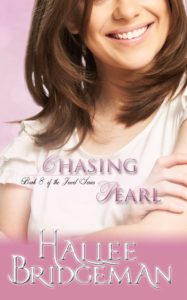 I do write fast…once I have my characters developed. I spend a good week looking at pictures, growing characters, placing them in rooms and outfits and tattoos — it’s not an instant process. I had to come up with a story about a piece of mail that was lost. In typical Crossroads fashion, Amanda Tru wrote the last story and tied all of the books together — her story was about an employee in the post office who finds all of these lost mail pieces and delivers them.

I didn’t have the benefit of extra time to develop my characters, so I got out of bed and started working. I decided I would place the story in the Jewel Series world, because I’d built that world for years and knew every nuance of it. I made the male character the son of the couple from Emerald Fire, Chase Anderson. When last we’d met Chase, he was a quarterback for Texas A&M. Now he was a military officer in a newly formed cybersecurity branch of the military (not unlike my husband.)

In a feat of desperation, decided the female character, Violet Pearl, would be me. Now, her name isn’t Hallee. She wasn’t raised as an Army brat. She doesn’t look like me and hasn’t had my life experiences. But she is me in the essence of me.  She is an author. She writes mysteries set in 1940’s Brooklin, New York. She is an introvert, filled with imposter syndrome and doubt, has a really hard time making small talk, and only feels like she’s navigating life properly when she’s interacting with her close family or going into her imaginary world in her head.

I have to say, that was certainly an adventure to write! I never hesitated over how she’d act or react. I locked myself in my office and wrote as hard as I could for two weeks, then edited as painfully as I could for another week, and handed them one of my favorite books of all time. Chase Anderson stayed in the same Inn his grandfather Chase Sr. stayed in during the winter of 1940 on his way to Pearl Harbor. In 2018, a Christmas package sent from Chase’s long-deceased grandmother is delivered to the Inn – addressed to “Chase Anderson.” Only, the box had a 1940 postmark on it. This brings Violet out of her super shy shell and she is able to engage with Chase beyond uncomfortable surface conversation and into topics that mean the world to her. It was SO.MUCH.FUN to write.

I even often get asked by readers to write Violet’s books – the murder mysteries set in 1940s Brooklyn. Which is fun because it means that the readers were engaged in a story within a story.

What would be one trait in a character based on you? One commenter will receive an autographed paperback of Chasing Pearl. This is open to everyone, globally. Winner will be picked Friday, March 27th at 5pm EST.

I know we’re all home right now, self-isolating in this uncertain time. Because of that, I would like to give you an ebook of Yesterday’s Mail. To get your copy, go to this link at Bookfunnel. There is absolutely no obligation. It will ask for your email, but I won’t receive it.

Here is the blurb: 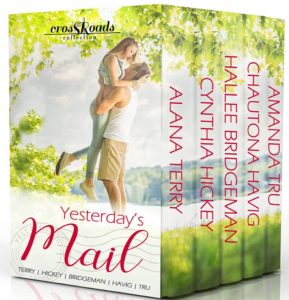 Sleepless in Seoul by Alana Terry
When Derek leads his church on a short-term mission trip to South Korea, he’s definitely not expecting to find out the woman working with him is the same woman who broke his heart over twenty years ago.

Like Ships Passing by Cynthia Hickey
One transposed number threatens to sink love before it gets started.

Chasing Pearl by Hallee Bridgeman
A package lost in the mail since 1940 brings a modern couple together in a miraculous way.

Operation Posthaste by Chautona Havig
A nine-year-old boy finds a bag of mail from WWII in the attic of their new house and makes it his personal mission to deliver every piece before his mom finds out.

Yesterday’s Mail by Amanda Tru
A Christian post office clerk uses her police officer background to investigate lost mail and solve a mystery that has plagued her small town for years.