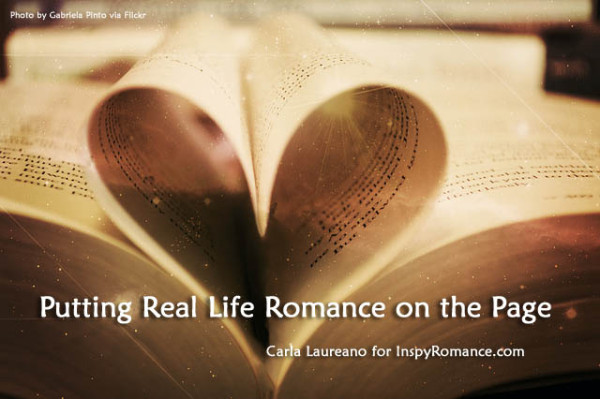 I sometimes joke because I write in both the romance and fantasy genres that there is very little difference between the two, especially the way that I write it. After all, I love to write exotic locations, interesting professions, and whirlwind romance, things that we generally don’t association with our own day to day lives.

But here’s the secret. A huge portion of the details in Five Days in Skye were taken from my own life. I’ve talked about the inspiration for some of the characters and the storyline in other blog posts, but here’s what I haven’t told anyone: I always put bits of my own hunky hubby in every hero I write.

1)     I like to write foreign heroes with big crazy families, because I married one.

My husband is originally from the Philippines and came to the United States in his early twenties. Yes, he has an accent. Yes, I really dug the fact that he was well-traveled and loved all sorts of food from around the world. And he came along with a big, extended, warm, welcoming, and fairly insane family.

2)     All my heroes speak foreign languages (sometimes multiple ones) because my husband does too.

James speaks a little Scots-Gaelic because his aunt does, but he also speaks French, which is typical of a British public school education. My hubs’ native language is Tagalog, but he also speaks English and Spanish, and understands two other Filipino dialects reasonably well. I’m always so impressed and jealous by his language skills that I give that trait to my leading men.

3)      I always write athletic men because it’s one of the traits I love most about my husband.

A lot of my friends know that the hubs and I met in a martial arts studio. I was a new student, he was one of the assistant instructors. In the sixteen years we’ve known each other, he’s trained multiple days a week except for the year we made our big move from California to Colorado. (It took a while to find a new school.) So all of my heroes have some sort of athletic pursuit. For James it was running. For James’s brother Ian (who will be the hero of my next romance) it is rowing. I even have a martial artist leading man as an homage to my own guy. And come on, girls, let’s be honest… as much as we love sensitive, caring, and supportive guys, we still like muscles.

4)      I know a whirlwind romance can lead to lasting love because I had one.

My husband and I had known each other casually for a couple months, but once we started dating, it was insta-love. Neither of us were looking for romance (I had ended an engagement to someone else six months before, and he was about to make a move from Los Angeles to Vancouver, British Columbia) but it took two dates to realize we were head over heels for each other. We got engaged almost immediately but kept it a secret for four months so our friends and family wouldn’t think we’d lost our minds. (And, if you’re wondering, we just celebrated fifteen years last fall.)

As you can see, here’s a reason why I dedicated the book to my husband… he inspired so much of it! So now it’s your turn to tell me below in the comments. What bit of romance in your real life is worthy to be put on the page?