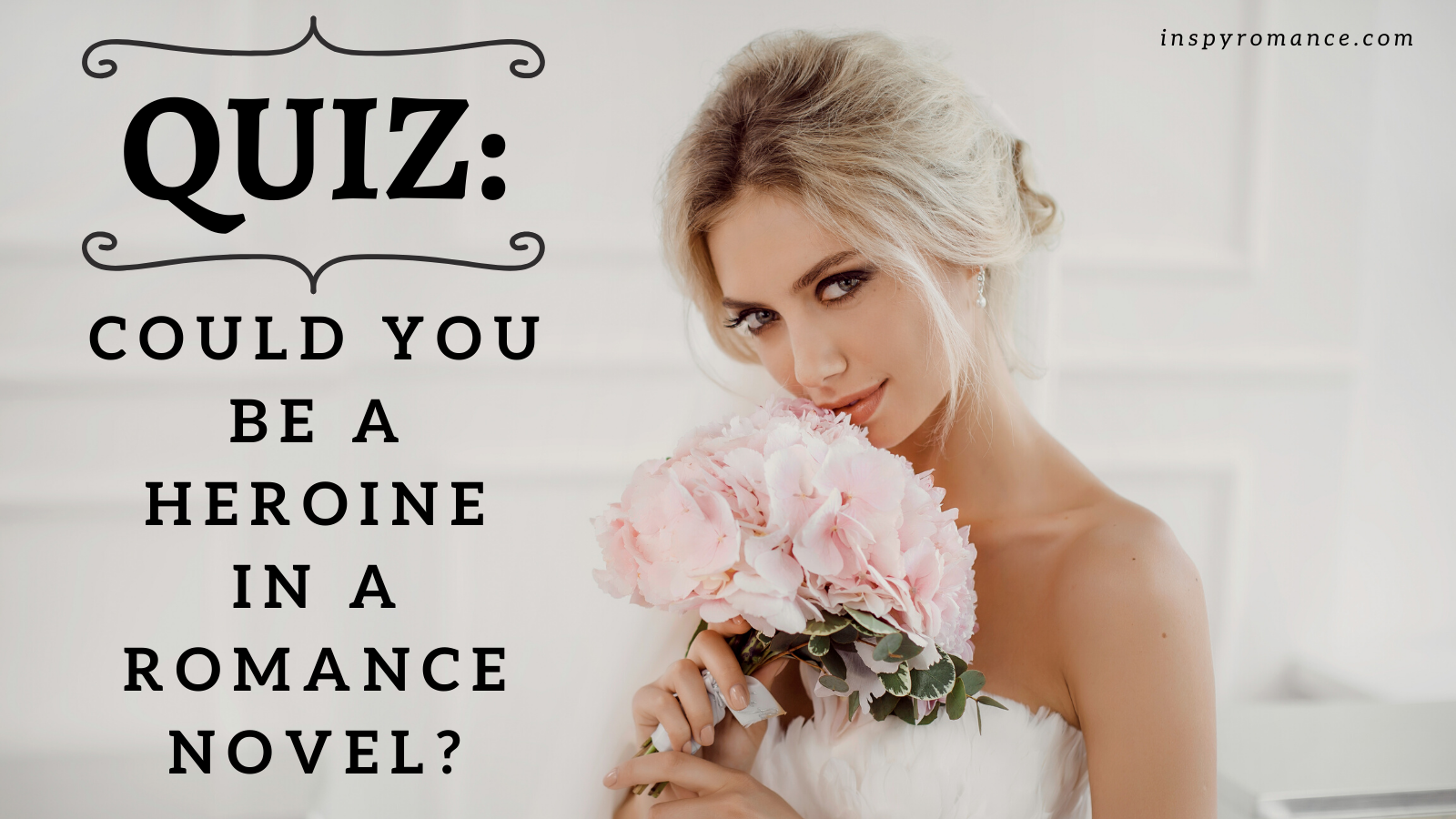 It’s wedding season! I love hearing all the stories of how couples got together. It inspires me to write better because, really, there are a lot of overused tropes out there. I’ve overused them myself.

Though I’m happily married, and I feel like my love story would make good fodder, do I really have what it takes to star in one of my own novels? Do you?

Authors Pepper Basham and Heather Woodhaven helped me come up with a quiz to find out if any of us have the makings of a heroine in a contemporary romance. Tally each time you answer yes to the following questions to discover what kind of leading lady you might make.

Vivian is the new name of the award given out by Romance Writers of America where your life story could win the grand prize. It’s also pronounced like Vivien Leigh, who is best known for playing Scarlet O’Hara, one of the most dramatic characters ever written, but you could beat her in an eyebrow arching contest. Were your biography ever made into a movie, it would definitely last longer than the measly four hours it takes to watch Gone With the Wind.

Your life has included some heartache, and, with great angst, you’ve given up hope of ever being united to your one true love. But, as if you’re living in a fairytale, there’s magic, mayhem, and, of course, a dashing rogue to help you reach your happily ever after. Eventually you will feel like both a princess and a bride.

Whether you you looking for romance or not, it just seems to find you because love starts with Elle. You’re not a vixen like Vivian or a drama queen like Buttercup, but you don’t take steps to avoid spectacle either, and you watch your outlandish circumstances with wide-eyed enjoyment. Like Elle Woods in Legally Blonde, you sashay through life with the whimsy of a rom/com.

You don’t mind being a wallflower, and often play the part of the best friend in other people’s romances. Everyone loves you for it, and thus your life is filled with peace rather than melodrama. Romance blooms when you find the one man who respects your gumption, and you’ll live the rest of your life as his leading lady because simply being together makes you feel like you’re on holiday.

You may not relate to these tropes, but hopefully you relate to the characters in our stories who must endure them. No matter how you ranked in this silly quiz (Let me guess, Iris?), I’d love to have you share which heroine from a contemporary Christian romance novel you’ve been able to most identify. And why?