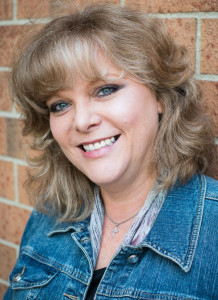 This time around, I’m having author Elizabeth Goddard as my guest here at InspyRomance. Beth and I said to each other several years ago, “We need to write a book together.” There aren’t many people I could say that about because, well, let’s face it, we writers can be a pit persnickety sometimes. We’ve enjoyed writing for Barbour because their books tend to be very setting-specific. I love travel, so this appeals to me very much as a writer. Then, Beth suggested we write about Jackson Hole.

Except I’ve never been to Jackson Hole. I knew it was near the Teton range, in Wyoming, that it was artsy and expensive and rugged. But that was about it. Our proposal turned into a generational set of stories, following the Covington family through to the present day. A Grand Teton Sleigh ride has just released on September 1.

I invited Beth–a present-day expert on Jackson Hole for our book–to be my guest and share about this gorgeous place. 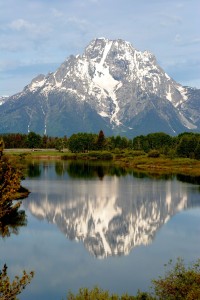 Mt. Moran, in the Teton Range (Photo by John Keefer)

Welcome, Beth. Tell me, what are some of your favorite parts of the Jackson Hole area?

I have loved this region of the country for the better part of my life, having experienced it on family vacations. No wonder the movie stars and famous now own a lot of the area! I love the majestic mountains for one, the art galleries are amazing, and up the road a bit is the entrance to Yellowstone National Park—probably my favorite place in the world.

What inspired you to (urge me to) write this book?

My husband and I used to say to I’ve always been a settings writer—in other words, when a place inspires me I know I must set a story there, so it’s just a given that Jackson Hole would become a setting for a book. And what better way to have fun than to share it with one of my closest writing buddies. :)

What are some fun historical things you learned?

Jackson Hole is a skier’s mecca, sure, but there’s a truly historical feel to the place and the town of Jackson, which is like an old wild west town. I learned about the outlaws that “holed” up in the region and gave it the name, Jackson’s Hole, and that name was later shortened to Jackson Hole. John Wayne made one of his first movies there, The Big Trail. The dude ranches catered to the rich and famous, drawing even the royalty from overseas. I think one of the most fun things is learning about the Teton Pass and that it would often close residents of the valley off from the rest of the world even well into the 20th century. Add to that, in the winter residents would bring out the horse-drawn sleighs, again, well into the 20th century, just to get around. 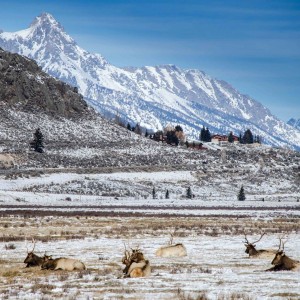 Anything else I should mention?

The stories are tied together through the generations of one family, which was fun to do. In the last story, my character is an artist/potter and my husband—a pastor and poster—was the inspiration for that aspect of her character.

What’s your next release? BURIED, which releases January 2015, is set in Alaska—southeast Alaska near Juneau, to be specific. Amazing how fast this year is going by! BURIED is the first book in a romantic suspense series for Loved Inspired Suspense called Mountain Cove.  Unfortunately, I don’t have the cover yet! But here’s the blurb: NOWHERE TO HIDE Fleeing to Alaska is the only option for Leah Marks after witnessing a murder. Afraid for her life, the legal investigator hopes a remote cabinwill be a safe shelter. But the killer has tracked her to Mountain Cove. As he chases her into snow-packed Dead Falls Canyon, an avalanche buries them both. Saved by daring search and rescue specialist  Cade Warren, Leah longs to tell him the truth. But how can she, without bringing even more danger into Cade’s life? Especially when they discover the killer is very much alive and waiting to take them both down. Mountain Cove: In the Alaskan wilderness, love and danger collide

Where can readers find you and learn more about your books?http://elizabethgoddard.comhttp://facebook.com/elizabethgoddardauthorhttp://twitter.com/bethgoddardhttp://Christiansread.wordpress.comLast but not least, Beth and I are having a Goodreads giveaway of A Grand Teton Sleigh Ride. You can find out more about  it here. Last day to enter is September 18!