There I said it.

As authors, sometimes we get flack for writing characters, particularly heroes, that seem to be too idealistic. How many men out there would be like Hosea in the Bible? There’s been a few fictional versions, most notably Francine River’s Redeeming Love (which I have yet to read), but really, real Hoseas? Do they exist?

I could go on and on, but today (that is, March 12, the day I’m writing this), I “met” one of those real guys. I don’t know Brett Shoemaker, but I did stumble across his blog thanks to a link shared on Facebook. His blog “To My Future Wife” caught my eye. Fictional heroes are sometimes criticized for being too perfect or for having unrealistic attitudes toward relationships, particularly the physical side.

Or that our hero is too selfless. We believe there are men – and women – who would do anything in their power to protect children in a school shooter situation or something else “big” like that. 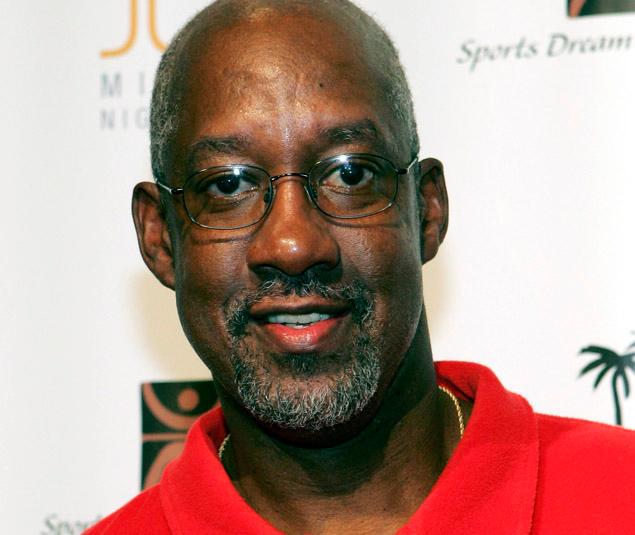 But what about on a smaller scale? Joe Delaney, a Kansas City Chief scared of water deeper than his waist, was a hero but not for anything he did on the football field. He jumped into a pond in Louisiana to try to save two little boys who got in over their heads, literally. In 2012, former NBA player Dan Roundfield drowned saving his wife off Aruba. Former Buccaneer Jerry Anderson waded into a building in Tulsa to save a little girl as the water in the building rose. Five years later, he dove into a river and saved a boy – but this time, couldn’t save himself.

Jim O’Connor is a tough as nails Calculus teacher at St. Francis high school in Laciniata, CA. One of his students discovered he is the top blood donor at nearby Children’s Hospital Los Angeles and, though he has no children of his own, he is often found rocking and comforting the little ones hospitalized there.

Robert Hopkins donated part of his liver to save the life of his girlfriend.

Former St. Louis Cardinal (that’s my team!) scrappy, 2006 World Series MVP, David Eckstein plans to donate a kidney to his sister. Many in his family have pretty epidemic renal failure (that is, severe kidney problems) and at least five of them have needed transplants (including that sister). I read once that his father refused a kidney transplant from one of his kids because someone else in the family might need it worse someday. Instead, a son’s former-college-classmate-turned-family-friend donated her kidney to David’s dad. Rick, one of David’s brothers and coach for the Washington Nationals, hadn’t donated to a sibling because his job, like David’s, made the money and brought awareness to so many others, but also required physical exertion to the point that donating would cost him his job. He donated anyway, to another brother whose original transplant in the early 90s was failing. Blessedly, the donation was smooth and he was back in the gym in less than a week.

And, in a case a bit closer to home, Inspirational Romance/Women’s Fiction Author Katie Ganshert (who will be my special guest next month) spent a lot of time on Facebook… while her husband donated a kidney to his younger brother. She talked about it a little bit on her blog. (That’s Katie and Ryan up there at the top.) 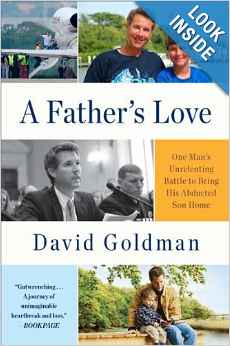 With all the stories out there about deadbeat dads, there are so many who will do anything to be with their children. Fathers like Christopher Carlton, Ramsey Shaud and Cody O’Dea and Nikolas Thurmond who are fighting for custody of their children – given up for adoption without their knowledge or consent because of Utah’s odd laws regarding notification. Or dads like David Goldman whose now late-ex-wife took their son Sean to Brazil, an international kidnapping, before filing for divorce. She refused to let David see his son, despite custody rulings. Even after the now-ex-wife died in childbirth, Sean’s step-father and his family, well-known and well-connected in Rio de Janerio, refused to return Sean to his father. It took five years, pressure from the US Senate, President Obama, and then-Secretary of State Hillary Clinton, and many often fruitless trips to Brazil by David to finally be reunited on Christmas Eve 2009. Sean, once told his father didn’t love or want him, is now an honor student and baseball player. David told their story in A Father’s Love: One Man’s Unrelenting Battle to Bring His Abducted Son Home*.

And what about the young men of Olivet Middle School in Michigan? They made sure their teammate, special needs student Keith Orr, would get his first – and possibly only – touchdown ever. One player took a dive at the one yard line. Keith came on the field and all of the other players in green had one goal in mind. Get Keith the ball and carry him into the end zone if needed. It was so unexpected, Keith’s parents nearly missed it.

But what about romantic heroes? Well, a man who will go to the ends of the earth for his child is probably a man you want to have around. A man who donates a kidney or liver without a second thought? Ditto. Kids who sacrifice for their teammate? Give them a few years.

And we didn’t even delve into firefighters or policemen or the members of the military – all of whom do heroic things every day.

As I was writing this and thinking “but what about the love and marriage side of things? Some dude planning the perfect proposal? Cool, but not… right.” Then I remembered the story of Jeremy and Melissa Camp. 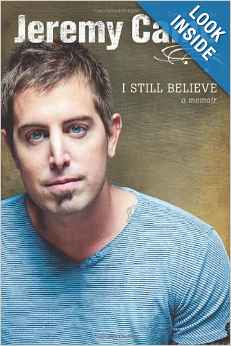 They dated. And broke up. Then a friend told Jeremy doctors had diagnosed her with ovarian cancer. She was dying. And he knew what he wanted to do.

They were married in the fall of 2000 and she died in early 2001. Jeremy cried out to God, begging Him to save his wife. Jeremy didn’t get the answer he wanted and didn’t like the answer he got when he asked “why“: “You are not supposed to know why. That is not my purpose for you. I want you to have a testimony of walking by faith.”

He wrote I Still Believe* to share his testimony, not only about his life with Melissa, but before and since.

So when you read about a hero like David Curtiss who is willing to sacrifice his own life for Yanna Andrevka in Susan May Warren’s Wiser Than Serpents**. Or Briggs giving up Charlie Lexington so she can focus on her music like she needs to in All She Wanted by Nicole Deese. Another one? Silas Ballantyne is a fabulous example of a historical hero who honors his commitments and sacrifices for Eden Lee in Love’s Reckoning by Laura Frantz***.

So, as much as we love our fictional heroes, it pays to remember that… Yep. Real heroes do exist. What about you? Do you know any real heroes?