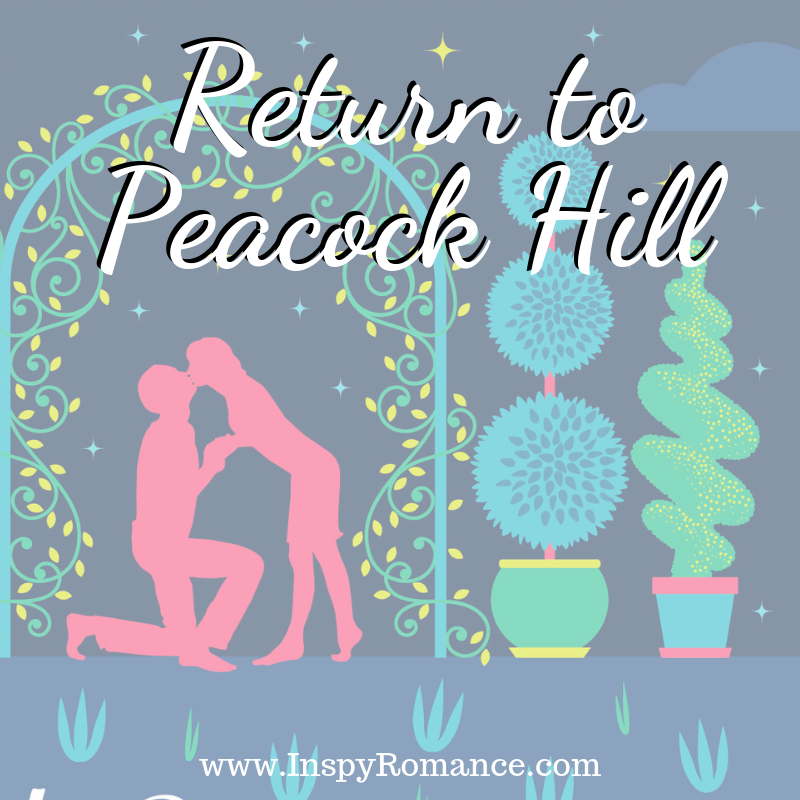 It’s finally time to go back to Peacock Hill!

A Heart Rearranged, the 5th book in my Peacock Hill Romance series has been sitting rather impatiently on my hard drive for several months while I waited (rather impatiently, yet again) for my cover designer to have room in her busy schedule to get to me.

At long, long last, the cover is finished and the ebook, at least, is available for anyone who’s been waiting for the next installment. (Maybe even the paperback. At the time I’m writing this, I’m still waiting on the full cover wrap. But by the time you’re reading this, maybe I’ll have it and have everything uploaded and ready at Amazon. I guess we can only wait and see!)

Vanessa and Topher are, perhaps, my favorite couple yet at Peacock Hill (and that’s saying something as Matt and Azure had been holding on to that spot pretty tight.)

I had so much fun with Vanessa. In previous stories, Vanessa was…let’s call it abrasive. So how do you take someone who seems to make it her goal in life to annoy and offend everyone she comes into contact with and turn her into a heroine deserving of love?

Well, first, you remind yourself that everyone is deserving of love. After all, that’s the whole reason Jesus came. (Sometimes I have to preach this to myself.) And then you have to ask, why. Why is she building this wall of hostility to keep everyone out? Because in real life (and so, it would make sense, also in books), the folks that are the hardest to love are so often the ones who need it the most. They need it, but they’ve been burned so many times, they don’t expect it. And, in fact, would rather make sure you were clear on the fact that they’d rejected your love before you had a chance to decide to reject them.

Vanessa…my girl has some issues.

Topher didn’t end up being as happy-go-lucky as I thought he would, either.

But the two of them together make sense. And they help each other navigate some of their hurts. And in the end, I love this story so much and I hope that y’all will as well.

The picture above is a snippet of the cover. Want to see the full thing? (It’s so gorgeous!) 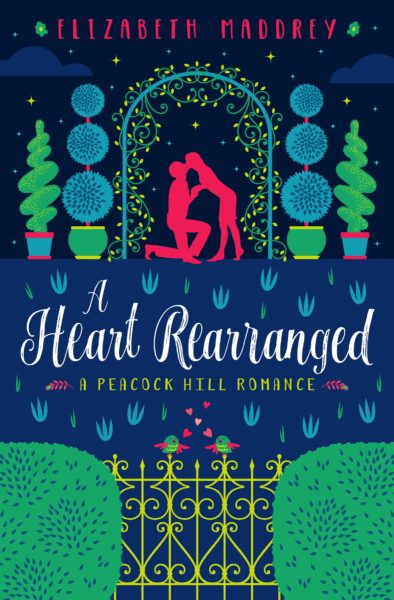 I love everything about this cover. I think, once you’ve read the story, you’ll be able to spot the scene it’s modeled after. Now, of course, there’s some artistic license going on here, but I knew I wanted them kissing under the pergola that’s at the back of the formal gardens on the Peacock Hill property.

In the mansion on which Peacock Hill is based, that pergola looks like this 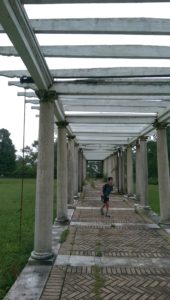 Let’s take a peek at the back cover copy:

Her professional life would be perfect, if he’d get out of her way.

Vanessa Fisher delights in providing the flowers for weddings and other social events. Except when Topher Adams is doing the cake. The man is always rearranging her centerpieces and deriding her job. It’s almost as if he’s doing it just to get under her skin.

Topher can get along with everyone—with the notable exception of Vanessa. That woman brings out the worst in him. It wouldn’t be a problem if she wasn’t so good at what she did. As it is, they keep ending up at more and more events together.

Something has to change, and Topher is man enough to take the first step.

When he drops by her shop with a peace offering, he walks in on a tense moment between Vanessa and her mother. Agreeing to be Vanessa’s date at a family dinner is easy. Having her in his debt is just a bonus.

Vanessa realizes spending time with Topher isn’t so bad. Maybe they could continue the charade for a few more weeks.

A fake relationship with Vanessa? What could go wrong?

A Heart Rearranged is available at Amazon and in Kindle Unlimited. I hope you’ll take some time to get to know Vanessa and Topher (and if you’re new to the series, you can start with A Heart Restored – also in KU!)

Since it’s a new release and I enjoy giving things away – how about a chance at a paperback? Vanessa and Topher end up plotting to pretend they’re in a relationship for various reasons. If you were single, what circumstances would you need before you’d consider a fake relationship?

I’ll choose one commenter on Saturday to get a paperback of A Heart Rearranged.