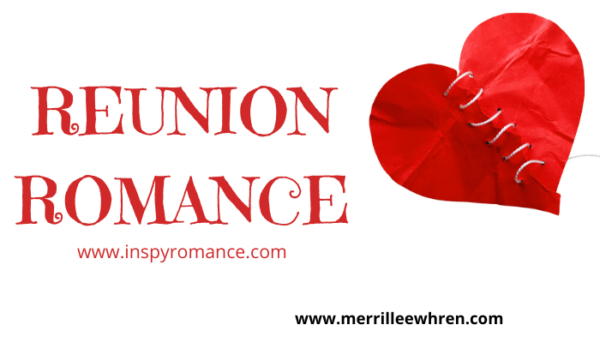 Last month I blogged about the love triangle romance trope. This month I’m going to talk about the reunion romance trope. In a reunion romance, the hero and heroine have a history, and most likely the history has some heartache involved. Why didn’t they wind up together in the first place? Can they mend a broken relationship and broken hearts? Were they meant to be together after all? Of course, as romance readers, we all know that they are meant to be together, but how do they go about mending those broken hearts and overcoming hurt that caused the rift in the first place? That’s what we read to find out.

As I look back over the books I have written, I see that quite a few are reunion stories. Some of them have a hero and heroine who were a couple in the past and broke up. Some are stories in which the hero and heroine knew each other but haven’t seen each other in many years, and they have a negative view of the other person.

My next release is a reunion story. Second Chance Love is ready for preorder. It is actually the first book I sold to Steeple Hill (aka Love Inspired) back in 2004, and it was published under the title, The Heart’s Homecoming in August of 2005. It is the first book in my Pinecrest series, and the books relate to my Front Porch Promises series. In this book, Max the hero of A Love to Call Mine makes his first appearance as a fourteen year old boy. 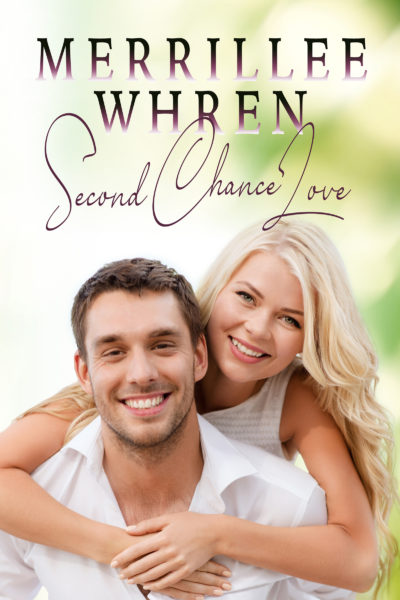 The inspiration for the story came from a song sung by Dwight Yoakam, “Ain’t That Lonely Yet.” You can listen to it here. This was a story I really think God put on my heart because, like the heroine in this story, I don’t usually listen to country music. So to have a country song inspire the book that became my first published novel makes me believe God’s hand was in it somewhere. I do believe that God uses all of my stories to give people a glimpse of God’s forgiveness. But this particular story and A Baby to Call Ours are two books that nearly wrote themselves. Although the book isn’t quite like the song, I wondered how a Christian man would handle the return of an old love who had hurt him badly. Even though I’m a panster (I write by the seat of my pants and never quite know what is around the next turn in the story.), I knew somewhere in the story that the hero would use the line, “Ain’t that lonely yet.” I did make his declaration grammatical. “I’m not that lonely yet.”

“Hey, guys, what’s up?” Sam Lawson jogged across the school parking lot toward the bleachers overlooking the football field. A half dozen teenage boys, dressed in blue and gold track uniforms, stood in the shadow of the stands while they laughed and talked. One of the boys glanced up and poked the boy next to him in the ribs. He also looked in Sam’s direction. In seconds the rest of the group stopped talking and gazed at Sam. “Is something going on here I should know about?”

The boys exchanged glances before turning their attention to Dylan Edwards. “Tell him, Dylan,” several of them chorused.

Staring at his shoes, Dylan shrugged, then finally looked at Sam. “My aunt Jillian’s moved back to town, and she’s coming to watch me compete.”

Jillian’s recent letter had told Sam she was moving back to town. But learning she would be at the track meet today made his stomach churn. Trying to remain unruffled, he took a deep breath. The smell of newly mowed grass wafted his way from across the football field on the other side of the bleachers. “That’s great. Glad she can be here to see you win your event.”

“We-ell, I just thought after what happened with you and her…” Dylan’s voice faded away.

Sam looked Dylan in the eye. “It’s okay. That was eight years ago. No point in dwelling on the past.”

“I’m glad you’re cool with her being here.”

While Sam pulled a folded paper from his back pocket, he wondered whether he was actually cool with the idea of Jillian sitting in the bleachers, running into him at the grocery store, or sitting in a nearby pew at church. Was he ready for her presence day in and day out where their paths would undoubtedly cross more often than he would like? Why would she move back to their little town in eastern Washington State? She had left eight years ago for a career in the big city. Nothing here could possibly draw her back permanently. Her letter never mentioned the reason for her return.

He believed that over the years he had forgiven her, but now he wasn’t so sure. Pushing the negative thoughts aside, he unfolded the piece of paper. “Hey, guys, let’s get started.”

“Okay, Coach,” Dylan replied as the others settled on the grass underneath the bleachers with him.

Before Sam spoke, he surveyed the group who voluntarily met before each track meet for a short devotion and prayer. Their rapt attention reminded him that not only what he said made a difference in their lives, but what he did, as well. Leading by example would go farther than any words he said today. That meant living in harmony with Jillian Rodgers no matter what she had done. He glanced at the notes he had scribbled on the paper in his hand. “I want to talk about goals. What is our goal today?” Several hands shot up. “Kyle?”

Sam nodded. “Anything else?”

“Both worthy goals, but how do you intend to reach those goals?” Sam’s question elicited no responses. He waited a few moments, but still no one reacted. Finally he asked another question. “If we don’t have a plan, how can we reach our goals?”

Dylan slowly raised his hand, and Sam nodded for him to answer. “We can win by doing our best, and we can rely on God to help us be good sports.”

“Now that’s a plan.” Sam smiled. “Would the rest of you agree?” A chorus of yeses greeted his question. “That’s one of the reasons we get together, so we can put God in our plans.”

Eric Grayson, the team’s best pole-vaulter, stood up. “But, Coach, just because we do our best and put God in our plans doesn’t mean we’ll win.”

Sam smiled wryly. “That’s true, but when we do our best, we win personally. Winning today is our goal, but I want you guys to think about spiritual goals. Goals that go beyond today. Goals that reach far into your future. Listen to Philippians 3:14. ‘I press on toward the goal to win the prize for which God has called me heavenward in Christ Jesus.’ That’s our real goal. Let’s remember that today as we pray for God’s guidance.” Sam motioned for them to stand and gather in their usual circle as they placed their hands one on top of another in the center. They bowed their heads while Sam prayed. “Lord, thank you for your grace and the opportunity to give you the glory today as we compete for an earthly prize. Help us to remember the greater heavenly prize that awaits us. We pray for the safety of all those competing today. We pray in the name of Jesus. Amen.”

“Thanks, Coach,” Eric said as they broke the circle.

“You’re welcome. We’d better join the rest of the team.” Sam followed behind the young men while they made their way to the locker room in the gymnasium.

As they walked along the edge of the parking lot, Kyle elbowed Dylan. “Wow, look at that car.”

Sam followed their gaze toward a candy-apple red Porsche with a California license plate. The sun glinting off the windshield made it impossible to see the driver, but that license plate was a sure clue. While the top rose on the convertible, a white Ford sedan pulled up beside the Porsche and Jillian’s parents, Eileen and Frank Rodgers, Dylan’s mother, Liz Edwards, and her two daughters emerged from the sedan. At that moment, Sam knew without a doubt who owned the fancy sports car.

When the driver appeared, he couldn’t mistake the identity of the petite blonde, dressed in tan Capri pants and a multicolored knit top. The heels on her sandals made her look a little taller, but words from an old song, “five foot two, eyes of blue,” were a perfect description of Jillian. Trendy sunglasses covered her eyes, but he could still see them in his mind. Eyes, brighter than the cloudless blue sky above him, haunted his memory. Eight years ago her blond hair had been cut in one of those short unkempt styles. Now it hung past her shoulders and waved in the breeze like ripened wheat in fields of the Palouse country south of Spokane. He liked the new look. He had to admit the style looked good on her. Everything did.

“Okay, guys, let’s move on. We’ve all seen the car.” Sam tried to focus on something other than Jillian.

“And the driver. She’s hot.” Kyle let out a low wolf whistle as they entered the side door to the locker room.

“Hey, that’s my aunt!” Dylan narrowed his gaze as he stared at Kyle.

“So that’s who you were all talking about. Sorry, man.” Kyle grimaced. “You didn’t tell me what she looked like. I don’t have any aunts that look like her.”

“That’s okay,” Dylan replied. “She left before you moved here.”

Kyle turned his gaze on Sam. “You almost married her?”

“Yeah, almost.” Sam managed to smile. So this was what it was going to be like with Jillian back in town. A constant reminder of what had almost happened.

You can preorder Second Chance Love at these retailers. The book will release on April 28, 2020.

Do you like reunion romances? Why or why not? I’ll be giving away an ebook copy of these reunion romances, A Love to Call Mine, Country Blessings, and Hometown Proposal. I will also give away a print copy of Second Chance Reunion to someone who lives in the US. I will draw the winning names from the list of commenters on this blog post on March 26, 2020 at 9PM MST.